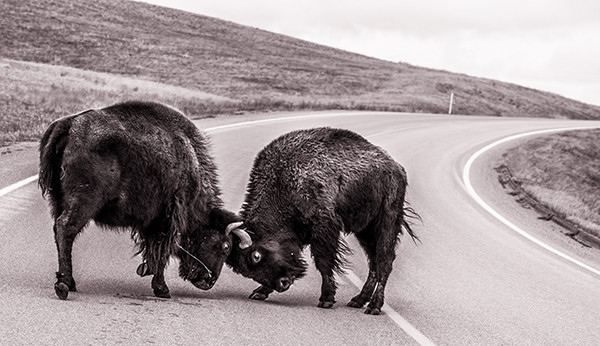 The UK Intellectual Property Enterprise Court offers a quick and cheap way to resolve IP disputes, but very few have involved life sciences inventions. Mark Didmon and Simon Curtis of Potter Clarkson ask whether IPEC is an appropriate forum for handling these types of patent disputes.

In 2010, the Patents County Court (PCC) updated its rules with the express intention of providing small and medium-sized enterprises (SMEs) with quick and relatively cheap access to specialist justice in the IP field. Since then, the PCC, which was later rebranded as the Intellectual Property Enterprise Court (IPEC), has been a runaway success.

The judge appointed to the PCC in 2010, Colin Birss, oversaw a 70% increase in the number of claims it handled, while attracting rave reviews for his considered judgments and an active case management style that was perfectly suited to the low-cost nature of the court. Birss was elevated to the High Court in 2013, allowing Richard Hacon to take the IPEC reins at the start of 2014.

The 2010 revamp brought two headline changes: a cap of £500,000 ($795,000) on damages awards and, perhaps more significantly, a cap of just £50,000 on recoverable costs. These limits have clearly increased the appetite for smaller businesses to assert their IP rights, but have also encouraged larger businesses to pursue lower-value claims that they might otherwise have ignored or settled for less favourable terms.

Although IPEC’s procedure mirrors that of an English High Court action, the cost savings are largely achieved by streamlining. Trials usually last a single day and cannot be longer than two. Proactive case management ensures that the pleadings phase is short and focused, interim applications are disposed of quickly and often on the papers, and orders can be made on the judge’s initiative to ensure the case does not drift.

Another important feature that could have a significant bearing on biotech and chemistry cases is that the quantity of documentary evidence is usually tightly controlled to specific issues. Expert evidence and experiments in particular are limited by both the costs cap and the time available to consider them at trial.

As shown in Figure 1, since the 2010 rule change IPEC has published a relatively even split of cases between the four main IP spheres—trademarks, designs, copyright and patents—with 26% of the cases reportedly relating to patents.

Of the reported patent cases, a clear majority relate to mechanical inventions and, in most cases, at least one of the parties is an SME. However, it is noteworthy that the court has also decided cases between two large organisations (Unilever v SC Johnson & Son 2012), where Potter Clarkson instructed Hogarth Chambers for the claimant in a patent revocation action.

Despite the increasing number of cases considered by IPEC, very few of the patent disputes are in the biotech or chemical fields. Our review of reported cases showed a single biotech case (Elsworth Ethanol & Anor v Hartley & Ors 2014), which amounted to an entitlement dispute, and a single chemical case (Merck Canada & Anor v Sigma Pharmaceuticals 2012), which focused on a legal point surrounding parallel imports.

To date, there has been no reported IPEC case concerning the infringement or validity of a biotech or chemical patent. This perhaps raises the question of whether the forum is suitable for such disputes or whether potential litigants are missing out on a quick and cost-effective route to justice.

In addition, Hacon himself is well placed to hear disputes in those fields, being a graduate in microbiology and having represented chemical and life science businesses at the English courts and the European Patent Office throughout his career.

IPEC does have some guidelines (set out in the IPEC guide) explaining how to decide whether a case is suitable for its streamlined approach, and the court itself follows those guidelines if a party requests a transfer to the High Court.

The first consideration is the value of the claim. The question to be considered here is whether the value of any damages and/or an injunction would be around or less than the £500,000 cap. While many biotech or chemical patent cases would expect to be valued well above this figure, claims relating to new or future products with an unproven market value could fall squarely within it.

A further consideration is the likely complexity of the case and, particularly, the nature and quantity of the facts and evidence involved. The two-day limit on a trial seriously curtails IPEC’s ability to consider complex experiments and to allow lengthy cross-examination of experts. Case management requirements provide that all experiments, experts and even cross-examination timetables must be approved before they can be included. If any are expected to be long and complex, they will not be permitted.

"Expert evidence and experiments in particular are limited by both the costs cap and the time available to consider them at trial."

Finally, the likely cost of the action and the financial standing of both parties are of importance. It is generally accepted that the cost of the action for both parties will exceed the £50,000 recoverable cost cap; a simple patent case might cost between £80,000 and £100,000 to take to trial, while between £100,000 and £120,000 might be regarded as a sensible budget. If the cost is expected to exceed this, the case may be more suited to the High Court. IPEC may make an exception if it is clear that one of the parties demonstrably cannot afford to litigate elsewhere.

The upshot of these guidelines is that it is unlikely that a full consideration of infringement and validity of a biotech or chemical patent could be undertaken at IPEC. However, there is no reason to believe that it is irrelevant to a wider enforcement or freedom-to-operate strategy for life science businesses.

If a claim can be limited to a single action (such as, say, patent revocation) it is easier to envisage running the case within the streamlined procedure. Therefore, the court could be used to deal efficiently with a patent revocation action, an entitlement dispute or, perhaps, a groundless threats action where less complex evidence may be required than in a full infringement and validity trial.

Following the decision in Actavis Group HF v Eli Lilly Company 2012, it appears possible to obtain a declaration of non-infringement that applies to all designations of a European patent. Accordingly, IPEC may be attractive for such actions in the future, particularly given that the costs and time-to-trial compare favourably with those of other UK and European courts (such as the Bundespatentgericht).

As we return to our original question, it seems clear that while complex patent cases are unlikely to be sufficiently distilled to fit within the time and cost constraints of IPEC, the court itself is extremely well placed to consider less convoluted patent cases in the biotech and chemistry fields.

Whether that means deciding cases that naturally present only one or two issues without the need for lengthy experiments, or considering isolated issues within a much wider dispute-resolution strategy, potential litigants should view the speed and cost of IPEC as a real opportunity.

Mark Didmon is a partner in the biotechnology and pharmaceuticals group at Potter Clarkson. He can be contacted at: mark.didmon@potterclarkson.com

Simon Curtis is a senior associate in the chemistry group at Potter Clarkson. He can be contacted at: simon.curtis@potterclarkson.com