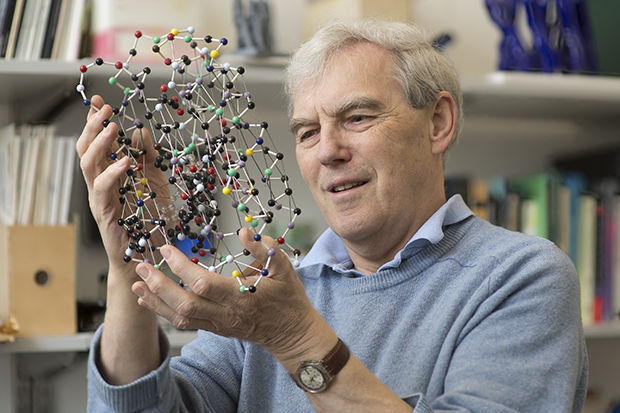 Richard Henderson, an award-winning scientist based in Cambridge, UK, is seeking to make his next important discovery in the field of biological electron microscopy, as LSIPR finds out.

In May 2016, British scientist Richard Henderson was awarded the prestigious Copley Medal from the Royal Society, the independent scientific academy of the UK.

The Copley Medal was first awarded in 1731, following donations from Godfrey Copley, a wealthy English landowner and public figure. The society’s oldest and most prestigious award, it is handed out annually for outstanding achievements in any branch of science. Henderson is a group leader in structural biology at the Medical Research Council Laboratory of Molecular Biology (MRC LMB) at the University of Cambridge, and is a self-confessed “hands-on scientist”.

He was awarded the Copley Medal because of “his fundamental and revolutionary contributions to the development of electron microscopy of biological materials”, according to the society’s website.