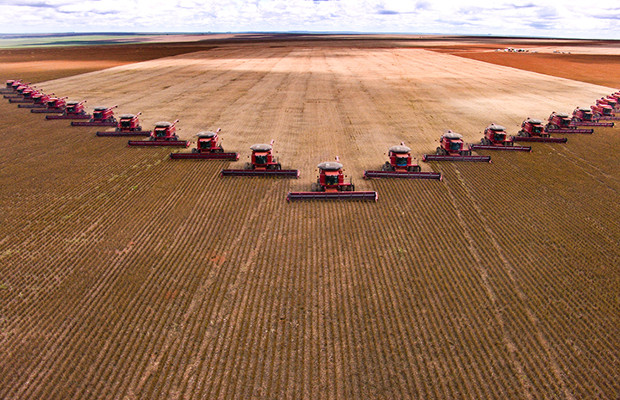 If biotech companies in Brazil understand that they can use both plant variety and patent protection in certain cases, their ability to innovate may improve, says Gabriel Di Blasi of Di Blasi, Parente & Associados.

The protection of plant varieties in Brazil is of vital importance to the Brazilian economy, and it makes sense for Brazil to encourage their protection, allowing investment, research and growth, while protecting its industries at the same time. Brazil has one of the most substantial natural environments in the world and has highly fertile soil with conditions to support these activities.

However, owners and breeders of new plant varieties in Brazil may face difficulties to find the most suitable protection for securing their intellectual property.

In 1997, Brazil implemented a law that made it possible to protect plant varieties and receive certain exclusive rights for them. Following the implementation of this law, in 1999 Brazil joined the International Union for the Protection of New Varieties of Plants (UPOV), an intergovernmental organisation. International conventions under the UPOV have evolved over the years, and with Brazil’s accession, the country agreed to adopt the 1978 version of the convention.

The protection of a plant variety in Brazil, also known as a cultivar, is regulated by Law No. 9,456/1997, which entitles the owner to exclusive commercial rights over their new plant variety, depending on the type, for either 15 or 18 years, after which point the new plant variety enters the public domain.

Under Brazilian law, a cultivar is defined as a new plant variety that is distinguishable, homogenous and stable throughout successive generations, with its own denomination, and is useful in farming and forestry. Once the new plant variety presents these characteristics, it is possible to request its protection before the Brazilian Agency of Plant Variety Protection (SNPC).

Plant variety rights depend mostly on distinctiveness, and a distinct plant variety has unique morphological, physical, biochemical or molecular characteristics, which also must be genetically inherited.

To prove that a plant variety meets that standard, it is essential to perform morphological tests on it to determine whether it qualifies for protection. Additionally, the Brazilian judiciary has already ruled that DNA tests performed on plants may confirm those characteristics in cases of cultivar infringement.

There is an ongoing case in Brazil that is testing the enforcement of rights granted to a cultivar. The case is Fibria v Eldorado Brasil. Fibria, being the world’s leading producer of eucalyptus-based cellulose, brought the action when certain plant species were found at the farms of Eldorado, one of its direct competitors, comprising a morphological structure highly similar to Fibria’s VT02 cultivar.

Fibria won a lawsuit to produce evidence in anticipation of further action against Eldorado Brasil, after the courts ruled that the DNA test for detecting a violation of the VT02 cultivar is technically acceptable and sufficient as evidence of infringement. The ruling gave Fibria strong technical evidence to form the basis of its subsequent cultivar infringement lawsuit. In this case, the plant DNA test compared samples of both the registered cultivar VT02 and the suspected infringing variety, which confirmed a DNA match of 99.9999999% between them.

The infringement lawsuit has not been ruled on yet, but Fibria has achieved important victories in different courts in the matter, including the Brazilian Superior Court of Justice (STJ).

Based on the restriction previously mentioned under the UPOV agreement and national legislation in Brazil, new plant varieties themselves are not eligible for patent protection.

Patent protection in Brazil is regulated by Law No. 9,279/1996, which complies with the TRIPS Agreement. As such, all inventions must satisfy the requirements of novelty, inventive step, and industrial application to be eligible for patent protection, besides being sufficiently described.

Although plant varieties are not patentable in Brazil, which is made clear under articles 10 (IX) and 18 (III, sole paragraph) of the Brazilian IP law (BIPL), in which article 18 states that “all or part of natural living beings and biological materials found in nature, even if isolated therefrom, including the genome or germoplasm of any natural living being, and the natural biological processes” are not considered inventions, there is an exception to the rule. The same article further clarifies that “all or part of living beings” are non-patentable, except: “transgenic microorganisms that satisfy the three requirements of patentability … and which are not mere discoveries.”

Article 18’s sole paragraph additionally defines transgenic microorganisms as “organisms, except for all or part of plants or animals, that express, by means of direct human intervention in their genetic composition, a characteristic normally not attainable by the species under natural conditions.” Thus, according to the Brazilian Patent and Trademark Office’s (INPI) Resolution No. 144/2015, the term microorganism is applied to bacteria, archaea, fungi, unicellular algae not classified in the kingdom Plantae or the Protozoa. Claims requesting patent protection for those sorts accepted by the INPI can contain the following structure: “Transgenic microorganism characterised for containing the SEQ ID NO: X”.

"The BIPL allows the protection of biotech inventions such as a transgenic microorganism that enhances the characteristics of a plant."

Although a plant is not eligible for patent protection, a transgenic microorganism used for transforming a plant is entitled to protection by patent rights. In addition, another kind of invention related to plants, such as a substance extracted from a plant to be part of a pharmaceutical composition, can be protected under patent rights. However, if the patent application comprises only a substance extracted from a plant, it will not be patentable as per articles 10(IX) and 18(III), since the component will be the biological material isolated from nature per se.

Understanding the distinction between what cultivar and patent protections offer in terms of plant protection in Brazil helps breeders decide what options are available to them. In sum, the plant variety law and the patent law protect distinct objects. It is not the case of double protection, which would violate Brazil’s obligations under the UPOV. Rather, as cultivars and patents rights do not converge on the same object, both may be achievable.

While the plant variety law allows the protection of a new hereditary variation of a plant that encompasses unique characteristics after intense research and development applied in the botanical area, the BIPL allows the protection of biotech inventions such as a transgenic microorganism that enhances the characteristics of a plant, as well as substances extracted from a plant to be part of, for example, a pharmaceutical composition.