The post-Brexit picture for orphan drugs 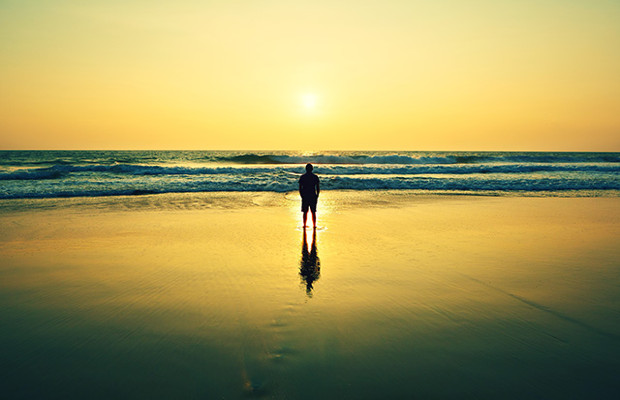 The UK government must ensure that the vital market for orphan drugs will continue to prosper following Brexit, says Kei Enomoto of Maucher Jenkins.

“Brexit means Brexit” is the strong and clear declaration from the UK’s new prime minister, Theresa May. Unfortunately, however, no-one knows precisely what that means at present. The implications—some positive and some negative—are likely to be far-reaching in many sectors. Being very highly regulated, the life sciences sector will undoubtedly feel the effects of the UK’s exit from Europe in the coming years, but what impact might it have on orphan drugs?

There are some illnesses and conditions that occur so infrequently that the cost of developing and bringing to market a medicinal product to diagnose, prevent or treat the condition would not be recovered by the expected sales of the product. The development of a new drug is a lengthy and costly process and consequently pharmaceutical companies are often unwilling to invest in the development of those products. These rare conditions are often referred to as orphan conditions and the medicinal products as orphan drugs.

Rare conditions are an important public health issue—around 30 million people living in Europe (out of a population of almost 840 million) suffer from a rare disease. It is therefore necessary to stimulate the research, development and bringing to market of appropriate medications by the pharmaceutical industry, as patients suffering from rare conditions deserve the same quality, safety and efficacy in medicinal products as other patients.

The EU orphan drug regulation (No. 141/2000) was introduced in 1999. Under this regulation, a pharmaceutical company developing an orphan drug can benefit from a number of incentives, including market exclusivity for the drug for a period of ten years, provided it meets the necessary criteria.

Currently, orphan drug designation can be applied for and is given by the Committee for Orphan Medicinal Products at the European Medicines Agency (EMA). The process is regulated by the 141/2000 regulation and therefore will be affected by the UK leaving the EU.

"Pharmaceutical companies would benefit considerably from adopting a ‘belt and braces’ approach and seeking orphan drug designation in combination with patent protection, to maximise exclusivity."

There are a number of possible outcomes further down the line as a result of the Brexit vote. The first, and least disruptive, would be for the UK government to simply adopt the current EU rules, enact them and translate them into UK law without any changes. In many cases this wouldn’t even be necessary if the UK is able to rejoin the European Economic Area via the European Free Trade Association, currently consisting of Norway, Switzerland, Iceland and Liechtenstein.

The second and more disruptive route would be if the UK moves away from EU legislation. The UK government would then need to decide whether to continue to align UK law with that of Europe, or to make its own decisions and go in different directions, which would lead to some divergence in the future.

Currently, although pharmaceutical regulations are primarily determined at the EU level, the UK Medicines and Healthcare Products Regulatory Agency (MHRA) works alongside the EMA, so a significant amount of regulatory work is done at the national level. If we are no longer part of the EU system, then the MHRA will need to decide whether it will continue to work with the EMA or whether a UK national drug approval system will need to be developed. In the latter scenario, the EMA could potentially lose a wealth of expertise provided by the MHRA.

This, combined with the expectation that the EMA will relocate from London to a new member state, thereby losing part of its 600-strong staff, could have a significant impact. A further concern is that pharmaceutical companies could start prioritising the larger EU market over the UK and this will certainly affect the treatment of British patients, although it should be added that the UK market on its own remains one of the key markets for global pharma.

The upshot of this would likely be major changes, not only to the process for designating orphan drugs, but also for drug approvals in both the UK and Europe. The structure of both the MHRA and the EMA will need to change, and the impact on the sector as a whole could be considerable.

With the Brexit challenges facing the life sciences industry in the coming years, it is more important than ever to obtain as much protection as possible for all pharmaceutical products coming to market, including orphan drugs.

While market exclusivity afforded by the EMA is ten years (with the possibility of extending the protection period by two years where paediatric studies have been carried out), that period can be reduced to six years if the criteria for orphan drug designation are no longer met, including, inter alia, that the product is sufficiently profitable not to justify maintenance of market exclusivity.

Therefore, a company might invest large sums into the development of a medicinal product, have the product designated as an orphan drug and obtain market exclusivity. If the product is successful and profitable, then the exclusivity may be taken away after just six years, leaving the company vulnerable to competitors entering the market.

Obtaining European patent protection provides 20 years of monopoly, and protection can be extended for certain products by up to five years with a supplementary protection certificate (SPC). SPCs are a form of extension provided to compensate for the reduced effective patent life of medicinal products that require a marketing authorisation (MA) which may take a number of years to be granted, thus reducing the length of patent protection.

SPCs represent a relatively small area of IP law, but have been the subject of numerous litigations and the source of abundant case law, which shows that even relatively short extensions of the patent term (sometimes just a couple of months) can have significant financial implications for the originator company, in particular where blockbuster drugs are concerned.

The end of the overall term of protection depends on the date on which the MA was granted, the date the patent application was filed, and on whether a SPC was granted. Therefore, the necessity for patents to extend the period of protection should be assessed on a case-by-case basis. For example, if a patent application was filed less than ten years before the MA is granted, then the patent could prolong protection from competitors and the period of protection could be further extended by applying for an SPC. There is also the possibility of a further six months’ protection in the case of a paediatric extension.

The current European patent system will not be affected by Brexit. This is because it is based on the European Patent Convention and is unrelated to the EU system. It therefore seems that pharmaceutical companies would benefit considerably from adopting a ‘belt and braces’ approach and seeking orphan drug designation in combination with patent protection, to maximise exclusivity and potential commercial and financial gain. This is even more important when the drug is likely to become successful and/or if new therapeutic indications are likely to be discovered. Now, with the result of the referendum and the uncertainty over the future of the orphan drug designation procedure, it becomes even more important to ensure that patent rights are in place.

Orphan drug schemes combine a set of incentives that enable companies to reduce their overall research and development costs and at the same time secure market exclusivity, which means that high unit prices can be set. These schemes seem to have made orphan products economically viable and without these incentives at least some of the life-saving orphan drugs now on the market would not have been developed.

Patent protection offers complementary and additional protection for the capital invested into the drug development and marketing, and our recommendation is to combine the protection afforded by the orphan drug designation with patent protection to ensure that optimum coverage is achieved.

With the challenges that the UK and Europe are currently facing, the future of the life sciences industry, particularly in Europe, is uncertain. As no country has yet left the current incarnation of the EU, there are no precedents to follow. The UK now has to find its way in uncharted territory in the hope that after a period of change and adjustment, there will be opportunities awaiting the life sciences sector, among others, on the other side, and the vital orphan drug market will continue to prosper, saving countless lives (potentially 30 million in Europe alone) across the world.

Kei Enomoto is a partner in Maucher Jenkins’ life sciences team. She advises global businesses in relation to UK and European patents. She spent nine months as an in-house consultant for a multinational pharmaceutical company in Switzerland, advising on its European IP strategy. She can be contacted at: kei.enomoto@maucherjenkins.com