A state of flux: life sciences law in Australia 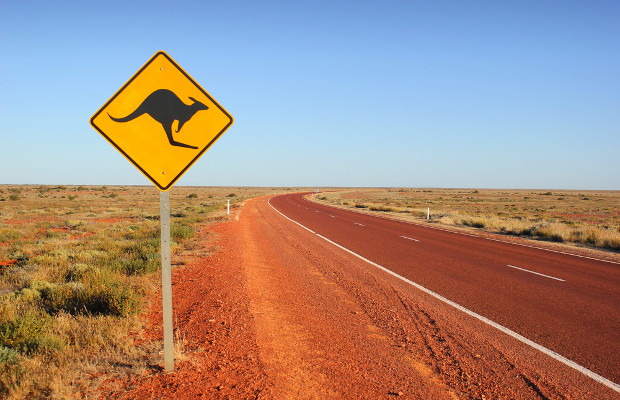 In Australia, laws governing the patentability of inventions directed to gene-based technology, including isolated naturally occurring and artificial gene sequences, are contentious. Unlike the US situation, the law on patentability of inventions involving “principles of nature” in Australia has yet to be considered judicially, but that is about to change, says Grant Shoebridge of Shelston IP.

In the last five years, patents directed to biologically derived inventions have been successfully challenged in the US and Australia on the basis of lack of patentable subject matter. In 2013 and 2015, the highest judicial authorities in the US and Australia respectively ruled against the patentability of isolated human genes that were claimed in a patent owned by Myriad Genetics and useful for determining susceptibility to breast and ovarian cancers.

Before then, in 2012, the US Supreme Court ruled that an invention directed to a diagnostic assay defining a “relationship” between the concentrations of blood metabolites and response to a therapeutic drug, claimed in a patent owned by Prometheus Laboratories, was not patentable because it represented a “principle of nature”. Despite the unanimity of the Supreme Court in the Mayo v Prometheus decision, its impact on the validity of claims directed to relevant diagnostic assays would become apparent only through its interpretation by the lower courts—and this involved a patent owned by Sequenom.

Ariosa v Sequenom in the US

The precedent set by the US Supreme Court in the Mayo decision caused controversy in June 2015 because it resulted in the US Court of Appeals for the Federal Circuit upholding a ruling of a district court in California that invalidated a patent owned by Sequenom covering a non-invasive prenatal test. Specifically, the inventors of the patent-in-suit (US number 6,258,540) discovered that the cell-free fractions of a pregnant woman’s blood (serum and plasma) contain surprisingly large amounts of cell-free foetal DNA (cffDNA).

Traditionally, this portion of the plasma or serum was discarded as medical waste. This groundbreaking discovery led to the development of a non-invasive method to determine a number of foetal characteristics and abnormalities, such as Down’s syndrome. Sequenom’s invention was described by Judge Linn of the Federal Circuit as “truly meritorious” and “ground-breaking” and he could find no reason, in policy or statute, that it should be deemed to be patent-ineligible.

Biotechnology lawyer and commentator Kevin Noonan cast perspective over the decision by describing it as tantamount to a disaster. The adverse ruling by the court also prompted Christopher Holman, a law professor at the University of Missouri-Kansas City, to say that “it’s hard to imagine patents on diagnostics surviving if that approach is taken”. The impact of the appeal court’s decision on inventions directed to diagnostic or prognostic assays reliant on a method involving a natural principle or relationship was considered devastating to the US biotechnology industry.

Sequenom’s petition for an en banc re-hearing of the Federal Circuit’s decision was denied. Given the comments of Linn, the US Supreme Court added insult to injury by denying certiorari to Sequenom. This means that the decision of the Federal Circuit to reject patentability for a revolutionary prenatal test will stand—ironic given that the Supreme Court has expressed concerns that without patents for certain inventions there would be no incentive for companies to invest in those fields.

For example, during oral argument for the Supreme Court’s Myriad case, Justice Scalia asked: “Why would a company incur massive investment … if it cannot patent?” Further, in the Mayo case, Justice Breyer worried that “discovering natural laws is often a very expensive process” with “lots of investment to be protected”. IP commentators generally were dismayed and critical of the decision of the Supreme Court not to revisit the Mayo decision. In particular Gene Quinn, the editor of IPWatchdog, bemoaned that the US biotechnology industry would continue to suffer the consequences of the US Supreme Court’s ignorance on the issue of patent eligibility.

The Sequenom case has recently become active in the Australian Federal Court. In June 2016, Sequenom initiated infringement proceedings in the court in relation to its prenatal assay patent. Sequenom claimed that Ariosa Diagnostics’ and Sonic Healthcare’s use of the Harmony non-invasive prenatal test (supplied by Ariosa) infringes its patent. It is almost certain that Ariosa and Sonic Healthcare will cross-claim for invalidity of Sequenom’s patent on the ground of lack of patentable subject matter, along the same lines as was done successfully in the US. If that happens, the Australian Sequenom case could, as it has in the US, have a greater impact than the Myriad decision.

Of particular relevance to the Australian Sequenom case are comments made by the Federal Court when it considered the patentability of isolated genes in Myriad’s patent. The Australian Federal Court stated that expressions such as “the work of nature” or “the laws of nature” are not found in the statute, nor are they useful tools of analysis when considering patent-eligible subject matter. This seems to be a clear departure to the approach adopted in the US case.

“The Australian High Court confirmed the patent eligibility of methods of medical treatment. This would arguably also include methods of diagnosis and therefore favour Sequenom’s position.”

(i)  Whether the invention as claimed is for a product made, or a process producing an outcome as a result of human action; and

(ii)  Whether the invention as claimed has economic utility.

Arguably, Sequenom’s prenatal assay produces an outcome as a result of human activity: the diagnosis. Also, the assay clearly has economic utility. Accordingly, Ariosa and Sonic Healthcare may face a much greater hurdle to invalidate Sequenom’s Australian patent than that faced in the US case.

What the Australian case is likely to depend on is the approach the Australian court takes in interpreting the claimed subject matter of Sequenom’s patent. In the US case, the Supreme Court took a two-step approach to determine whether the claimed subject matter was patent-eligible. The first step involved making a determination that the claims were directed to naturally occurring subject matter, namely cffDNA. In the second step, the US court considered whether the additional elements of the claims, namely the methods of detecting cffDNA, were of sufficient inventive concept to “transform” the defined naturally occurring phenomenon into patent-eligible subject matter.

This two-step approach has been criticised for conflating patentable subject matter and inventive step requirements. It remains to be seen whether the Australian courts will adopt this two-step approach or consider the defined subject matter more holistically. The fact that the Australian Federal Court was extremely critical of the US Supreme Court’s approach in the Myriad case may provide a clue as to the former’s approach to the interpretation of Sequenom’s claims.

The potential “spanner in the works” for Sequenom may result from an approach adopted by the Australian High Court in the Myriad decision in which the determination of whether a particular claimed invention is patentable is a matter of substance and not form. A critical aspect of the Australian Sequenom case will therefore be a determination of the “substance of the claims”, and this is currently a highly contentious issue in Australian law.

Given the typical timeline for Australian litigation, it is likely that a decision in this case will issue around the end of 2018 or the beginning of 2019.

Perhaps in response to the criticisms of the US Supreme Court’s Mayo decision and the fears for biotechnology innovation, now realised in the outcome of the Sequenom case, in May 2016 the US Patent and Trademark Office (USPTO) provided updated guidance in relation to patent eligibility of inventions involving natural products and principles. The updated guidance provides a number of new examples specifically relating to the patent eligibility of subject matter such as vaccines, diagnostic methods and genetic screening.

Given the precedent set by the US Supreme Court in the Mayo decision, claims defining diagnostic methods that rely on a natural principle are typically considered by the USPTO as encompassing a law of nature and therefore are not patent-eligible. In the new guidance issued by the USPTO, however, such diagnostic method claims can be considered patent-eligible provided they omit references to the law of nature, for example, steps relating to diagnosis.

Further examples in claims 3 and 4 limit the method of claim 2 to specific antibodies that were not considered to be used routinely or conventionally to detect JUL-1 at the time of the invention and therefore the claims are considered patent-eligible. It is also made clear in the USPTO guidelines that diagnostic method claims can also be patent-eligible if they include steps that were not routine or conventional, or include a non-conventional treatment step.

Intellectual property professionals should remain vigilant about laws relating to inventions directed to naturally occurring material and/or principles of nature. In the US, at this stage, the relevant laws are of greatest concern. However, updated USPTO guidelines provide a useful resource for applicants and reflect the USPTO’s current approach to determining patent eligibility for life science technologies.

In Australia, the applicable laws are in a state of flux and will continue to evolve as a result of continuing judicial consideration. As the issue of patentable subject matter has become an attractive revocation target for patents directed to biologically derived inventions, it is likely that patent applicants in the life sciences field will face uncertainty regarding patentable subject matter eligibility for some time to come.

Grant Shoebridge is a principal at Shelston IP. He can be contacted at: grantshoebridge@shelstonip.com