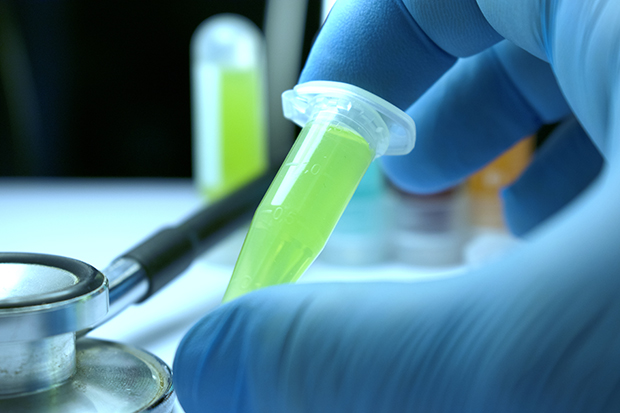 Based in Singapore, biotech company Aslan Pharmaceuticals specialises in developing new treatments to fight cancers that are prevalent in Asia, often requiring licensing deals to ensure it is fully equipped. LSIPR spoke to general counsel Ben Goodger to find out more.

If you look at a cancer map across the world, the prevalence of its different types varies regionally.

While breast and lung cancer are most problematic in the Western world, in Asia one of the most common types of cancer is gastric, especially for men (the factors contributing to the difference are unclear).

“A lot of big pharma traditionally have focused on what they’ve seen as the most important commercial markets—the US and Europe—and paid less attention to Asia-specific indications,” explains Ben Goodger, general counsel of Singapore-based biotechnology company Aslan.

However, a team of big pharma executives noticed that there are a number of Asia-prevalent cancers, with high and growing incidence rates, for which there are currently no approved treatments.

When the seasoned team came together seven years ago to launch Aslan, there were very few treatments in development and the decision to focus on this large, untapped market was an easy one to reach.

Aslan now has an advanced portfolio of pathway inhibitors, immune checkpoint inhibitors and tumour metabolism stress molecules aimed at targeting tumour types including, gastric, biliary tract and colorectal that are problematic in Asia.

Its lead programme, varlitinib, is currently in late-stage development and the next two to three years could represent an important time for Aslan, in terms of its first regulatory filing and taking the initial steps towards commercialisation.

That’s not all—the company is also working on earlier stage assets but, for now, exactly what they are remains under wraps.

Merck and Bristol-Myers Squibb (BMS) currently lead patent filings in the immunotherapy field, with AstraZeneca and Genentech/Roche close behind.

But there’s a whole swathe of biotech companies making exciting developments and all of these are filing patents.

Goodger admits he’s not the person to ask about the current state of immunotherapy research, but he makes clear that Aslan is doing some “exciting and cutting-edge innovation”.

Aslan believes in a multi-layered approach. Given that many patients appear to be unresponsive to immunotherapy, Aslan finds that combinations of drugs such as proliferation inhibitors, immunotherapy and other treatments may all need to be employed, concurrently and/or consecutively, to get a “good bite at the cancer”.

Unfortunately, cancer is very complex and the ways to attack it are going to have to become increasingly complex and multi-layered, in Goodger’s view.

“There is a magic combination out there but no-one has found it yet. Aslan is very much in the race,” he says.

Planning for all scenarios

Licensing can be a very profitable endeavour, but companies also need to look out for potential pitfalls.

“First and foremost, I would suggest that signing up to a deal which has not been fully thought through, can lead to the most serious problems down the line,” Goodger says.

He stresses that before entering into an agreement, companies should model “what if?” scenarios and develop solutions to them.

Another pitfall is failing to build in flexibility, thereby future-proofing the agreement.

In June, Aslan began trading on Taiwan’s stock exchange, the Taipei Exchange, and is the first foreign biotech company to be listed on it, according to Goodger.

Companies may undergo a similar transition to that of Aslan in terms of changing from a private entity to a publicly listed one during the lifetime of an agreement and there needs to be clear communication between the partners to factor in the changes this will bring.

It’s also essential to ensure the right allocation of risk and reward for each party. “In licence negotiations, it does not make for a sustainable long-term relationship if one party tries to grab an unfair piece of the revenues down the line, yet does little to bear the risk and put in the effort and investment to make those revenues actually happen,” explains the Aslan executive.

Arguments over allocation can usually be resolved by looking at the timing and amounts of upfront or milestone payments.

Although it may seem “a bit gloomy”, the exit and termination clauses are just as important and must be designed carefully, Goodger warns.

“A good licence is a relationship manual setting up what will hopefully be a long-lasting and mutually rewarding relationship,” he explains, adding that the licence should also have all the tools to fix issues when they arise.

If the agreement isn’t working, the parties need to be able to get out of the licence cleanly.

"It’s been mostly in-licensing but now we have assets getting closer to market we are increasingly getting involved in out-licensing."

He advises making sure that parties are required to communicate with each other regularly, and that this should be included in the licence.

“It’s the lawyers/licensing executives’ job to put those mechanisms in place. But make sure the legal agreement is not put in the ‘bottom drawer’; someone in the company needs to make sure the parties continue communicating.”

“To date it’s been mostly in-licensing but now we have assets getting closer to market we are increasingly getting involved in out-licensing and have already completed successful agreements with BMS and leading healthcare partners in Asia,” he explains.

Licensing is how Goodger came to be acquainted with the company—as the former head of IP licensing and transactions at Osborne Clarke, he was Aslan’s external licensing counsel.

The biotech company has also collaborated with some of the leading research and academic institutions in Asia.

In March this year, the company announced that it had collaborated with the Cancer Science Institute of Singapore and the National University Cancer Institute, Singapore to investigate the potential of one of its candidates as a monotherapy.

For Aslan, the partnerships are “absolutely critical” as they provide a platform upon which the company can share learnings and conduct in-depth research on early stage candidates to broaden Aslan’s proprietary pipeline, explains Goodger.

Researchers and academics often have aims that are different from those of commercial entities, so it’s important for Aslan to align with this.

“Publication of research is very important to them and we have to ensure we align this with the commercial need to keep things as confidential as possible, or at least until patents have been filed,” he says.

In Goodger’s experience, there are often discussions that must be had to agree the right valuation for early stage research.

Driven by this, Aslan spends a lot of time with its partners to ensure they receive a fair return if the innovation turns into a revenue-generating product, while counterbalancing this against the goal of delivering value to the biotech company’s shareholders.

If the transaction is purely “contract research” (for a one-off fee) it’s not usually a problem, but it becomes more complicated when the research institution wants to retain ownership or joint ownership of the IP.

Over the last few decades, the signatories to the Association of Southeast Asian Nations (ASEAN) have all had to revise their IP systems.

According to Goodger, revisions were prompted at first from bilateral pressure of major trading partners such as the US and the EU, then from the TRIPS Agreement, and more recently from bilateral free trade agreements.

“The same could be said of China and Korea; Japan always had a more sophisticated IP system,” he adds.

Nowadays, Goodger believes that IP laws across most of Asia are generally in place, although issues can arise with enforcement and the unpredictability of judicial approaches.

He adds: “Singapore specifically has worked very hard over the last few years to make itself attractive as an IP destination, and consistently ranks among the best in the world for its IP environment.”

In 2017, the International Property Rights Index, which ranks countries according to their protection of physical and IP rights, ranked Singapore in the top 15 countries—the best in the region.

In August, the Intellectual Property Office of Singapore hosted an IP week, culminating in the office signing a memorandum of understanding with Deloitte to assist 100 promising enterprises turn their ideas into assets.

Currently, decisions and laws in Singapore still follow those of the UK fairly closely.

“But it will be interesting to see whether this continues if UK IP laws begin to diverge from those in the EU, following Brexit.”

Aslan has an extensive IP portfolio and, like the majority of biotech companies, it is focused on patents. Goodger works closely with external patent attorneys to ensure the portfolio is properly protected.

“Much of the initial composition of matter patents were filed originally by our licensors (or their licensors), so in assessing whether to enter into a relationship, we spend a lot of time doing careful IP due diligence,” he explains.

When Aslan generates its own IP, which is becoming increasingly common, Goodger monitors it carefully to ensure the timing is right.

Occasionally, his team make representations on pending applications filed by third parties if they believe that they are getting too close to Aslan’s IP.

“However, we try to avoid actual litigation if we can. We would rather do a deal.”