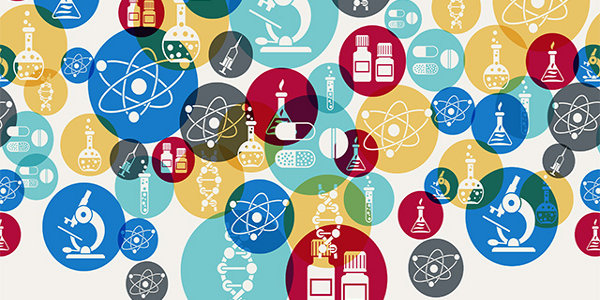 The patent regulatory framework in Mexico needs to evolve if the investment in, and marketing of, promising biotechnology drug products is to succeed, says Hector E. Chagoya.

Looking at the trends in patents and in the new drugs working their way along the pipelines of the innovative pharmaceutical companies, it’s clear that biotechnology drugs are the future for the treatment of diseases around the world. It’s also clear that personalised medicine will become a reality for more and more people as biotechnology develops further and the performance of drugs improves.

However, as the number of biotechnology drugs losing patent protection increases, the complexity of the behaviour of such drugs in biological systems has also made it apparent that the regulatory frameworks must evolve if the investment in, and marketing of, these amazing products is to become worthwhile.

The first important changes in countries’ regulatory frameworks have been made necessary by the arrival of bio-similar drugs, known in Mexico as “bio-comparable” drugs. The importance of biological production systems, purification processes and formulations in the performance of biotechnology drugs has been of great concern to the scientific community, innovative companies and professionals engaged in drug safety research because of the potential risk that differences in drugs made by individual producers may cause different effects during treatment.

Such risks have led to worldwide discussions about the lack of applicability of traditional bio-equivalency testing in assessing biotechnology drugs, and these talks have rapidly moved on to the need for new legal frameworks to strike the right balance between the availability of more options in the market and the safety concerns of the scientific and medical communities.

Mexico was among the first countries to introduce new regulations to meet this need and this has created many opportunities for the development and marketing of biotechnology drugs, as well as some threats to them.

The role of the New Molecules Committee

In general, the kind of information to be submitted to the regulatory agency in Mexico, the Federal Commission for the Prevention of Sanitary Risks (COFEPRIS), is the same as that required by the majority of agencies worldwide, requiring companies to demonstrate safety and efficacy, including quality assurance, through pharmacopeia requirements and good manufacturing practices.

However, prior to initiating the formal COFEPRIS procedure, applicants for new drugs that contain new compounds, indications or formulations—new molecule drugs—must request a meeting with the New Molecules Committee (NMC), which will review in the first instance the clinical information related to the new drug and will define in advance the kind of trials or information that will be required if the drug is to obtain approval.

Although the NMC was designed at first as a collegiate technical assistance body of COFEPRIS to evaluate new drugs in general, such as traditional chemical technology drugs, the NMC has nowadays a key role in the approval of biotechnology drugs.

Assessing the level of testing of biotechnology drugs

Under the Mexican regulatory framework, biotechnology drugs are defined as “any substance produced by molecular biotechnology that has a therapeutic effect, either prophylactic or rehabilitative, which is identified as such by its pharmacological activity and its physical, chemical, and biological properties”. Due to the uncertainty relating to the level of testing that a bio-comparable (bio-similar) drug will need, the NMC was given the task of assessing, on a case-by-case basis, the kind of tests and information that would be requested of a bio-comparable drug manufacturer if it is to receive approval for a drug, using a previously approved biotechnology drug as a reference.

Unfortunately, under the same regulations, a bio-comparable drug will, in practice, be interchangeable with the innovator drug used as a reference, in particular for government health services purposes, because the law imposes an obligation on bio-comparable drug manufacturers to use the international non-proprietary name (INN) of the drug and also the same codes for the Basic Drugs Catalogue used by government hospitals and buyers.

Patent protection as an advantage

Fortunately, biotechnology drugs can be patented in Mexico, upon completion of the patentability requirements, quite easily. Different aspects of their development, from the active principle to the formulation or second medical use (Swiss-style claims), are eligible subject matter. Furthermore, a unique linkage system for all drugs (including biotechnology drugs) is available in Mexico, and the effectiveness of this for active principle patents is very high considering that the listing of patents is published by the Mexican patent office itself after analysing the patent, and not by the regulatory agency upon the request of the patent holder.

For listed patents, COFEPRIS is prevented from granting commercialisation approvals until the patent expires.

Data exclusivity rights are, however, extremely uncertain in Mexico. Data exclusivity in Mexico, even for traditional chemical technology drugs, is not very strong as it is expressly regulated not by Mexico’s statutory provisions, but only by reference to international treaties.

Unfortunately, COFEPRIS has expressly ruled that such exclusivity is not applicable under such treaties to biotechnology drugs; it’s applicable only to traditional chemical technology drugs. This is, of course, being debated in Mexico and it has been seen as a threat to the commercialisation and development of biotechnology drugs. The final outcome of this evident misinterpretation of treaties by the Mexican government currently leaves no choice but litigation, although the position may change as the negotiation of further international treaties advances. In the meantime, however, developing and launching a biotechnology drug in Mexico will require strong patent protection.

The regulatory framework in Mexico therefore still needs to be fine-tuned to make it more efficient and to make sure that conditions are attractive for the commercialisation of biotechnology drugs but, in the meantime, the law has enough tools to make it feasible.

Hector Chagoya is a partner at Becerril, Coca & Becerril. He can be contacted at: hchagoya@bcb.com.mx