China v US: what can be patented in the life sciences field? 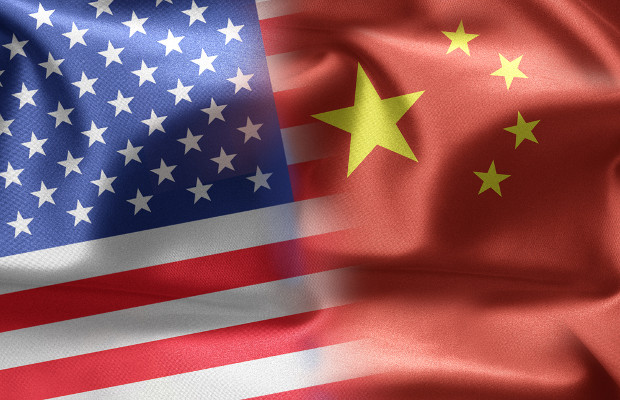 The US and China take very different approaches to the patentability of a range of inventions in the life sciences field, as Yu Guo of China Patent Agent reports.

Regarding patentable subject matter, the TRIPS Agreement specifies in article 27.1 that patents shall be available “for any inventions, whether products or processes, in all technical fields”. In the US, the Supreme Court established the principle in the decision of Diamond v Chakrabarty in 1981 that “patentable subject matter should include anything under the sun that is made by man”.

However, according to patent laws in each country, not everything made by man is patentable—there are excluded subject matters in most countries. Particularly regarding inventions in the field of life sciences, some countries stipulate the exceptions in their domestic laws according to the provision of article 27.2 and 27.3 of TRIPS.

According to the current Patent Law, most inventions related to pharmaceutical products are patentable in China. The rules include that:

ii. The novel medicinal use of a known compound can be drafted in the manner of a Swiss-type claim in order to obtain patent protection of the use. For instance, the drafting manner of “use of compound A in the manufacture of therapeutic agent Q for the treatment of disease X” should be adapted; and

The novel medicinal use of a known compound can be drafted in the manner of the method for the treatment of diseases in order to obtain patent protection. In addition, a pharmaceutical composition characterised by the administration method, such as the dosage, interval between dosing and/or route of administration, etc, is also patentable.

“Regarding genes and gene sequences (excluding human genes), the USPTO deems that an isolated gene as a compound or manufactured product meets the requirement of patent protection.”

Products used for the diagnosis or treatment of diseases—such as substances, compositions, kits and equipments, and apparatus—are patentable.

Outlook in the US

In the US, any invention for medical treatment is patentable. That means surgical procedures, methods for the treatment of diseases, methods for the diagnosis of diseases, medical instruments and the method of operation are all patentable. However, Congress provides exemption for doctors by enacting special clauses of the Patent Law in order to prevent medical workers from confronting the dilemma of infringement risk when they are saving patients.

In addition, the Supreme Court raised the bar for granting method patents in the decision of Mayo v Prometheus in 2012. The decision pointed out that the patents of Prometheus merely describe the law of nature as “relationships between metabolites in [the] human body”. The steps of “providing” [the dose of thiopurine] and “determining” [the optimal dosage of thiopurine for treating autoimmune disease] in the case, either individually or in combination, are insufficient to transform the identified natural law into a patentable process.

In China, inventions related to animals and plants are hard to patent. Animal species and plant varieties are not patentable. An “animal” includes an animal individual, a transgenic animal individual, an embryonic stem cell of an animal, a germ cell, an oosperm, an embryo, etc. A somatic cell of an animal, a tissue and an organ of an animal are excluded. A “plant” includes a plant, a transgenic plant, a seed, etc. A cell, a tissue and an organ of a plant are excluded.

The preparation methods of microbial strains, microorganisms and microbial products are all patentable. However, a microorganism is patentable only when it is isolated into pure culture and has particular industrial use. Moreover, when an invention involves a new biological material, the applicant should deposit a sample of the biological material.

i. Experimental animal models per se are not patentable.

iii. “Use of animal models in the evaluation and selection of diagnostic or therapeutic methods” refers to practice on a living animal, which directly results in the diagnosis or treatment of diseases and it is therefore not patentable. “Use of animal models in drug screening” is patentable if the direct purpose is screening drugs or measuring the activity of compounds only.

In the US, inventions related to plant varieties and microorganisms are all patentable.

In the case of Ex Parte Hibberd in 1985, the US Patent and Trademark Office (USPTO) ruled thatplants, whether of asexual or sexual reproduction, were patentable subject matter within the scope of section 101 of the US Patent Law.In other words, the seed, the plant, and the culture of a plant’s tissue are all patentable.

Rules relating to inventions in the biological field in China include:

i.  Embryonic stem cells, germ cells, oosperms, and embryos of human beings shall not be granted patent rights.

ii. A gene or a DNA fragment per se and the process to obtain it can be patented if the gene or DNA fragment is unknown in the prior art and can be accurately characterised and exploited industrially.

iii. A vector, a recombinant vector, a transformant, a polypeptide or a protein, a fusion cell, a monoclonal antibody, the preparation method and its use are all patentable.

What the US says

Regarding genes and gene sequences (excluding human genes), the USPTO deems that an isolated gene as a compound or manufactured product meets the requirement of patent protection, as the purified state of the DNA molecule is different from the compound present in nature.

However, according to the Supreme Court in Association for Molecular Pathology v Myriad Genetics in 2013, isolated DNA is not patent-eligible under section 101. On the contrary, cDNA is not a ‘product of nature’ and is patent-eligible under section 101 as it is absolutely different from the original DNA, even though it maintains natural DNA exons. But cDNA is patent-ineligible if no intron is eliminated during the generation of cDNA.

Non-biological methods which can produce living organisms or other components or modify animals, plants, microorganisms or even part of the tissues of living organisms by technical means such as extracting, changing, storing, carrying and reproducing genes are all patentable.

It is clear based on the above that in the US almost anything under the sun that is made by man is patentable as long as it is not an abstract thought, a natural phenomenon or a law of nature. In contrast, in China, there are many exclusions. Therefore, in China, the submission of patent applications related to the mentioned fields requires special care.

Yu Guo is a patent attorney at China Patent Agent. He can be contacted at: gyu@cpahkltd.com