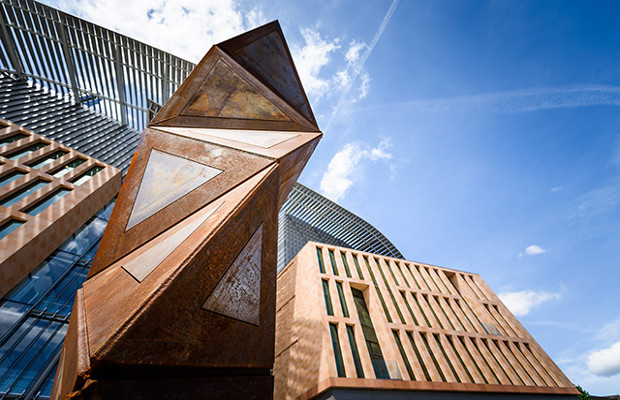 In September 2016, the Francis Crick Institute opened the doors to its multimillion-pound new home in London. With a wide range of research being undertaken, LSIPR examines the role of IP and the associated challenges for the organisation.

“Intellectual property will help to move projects at the Francis Crick Institute forward. It will be something that supports that process rather than something that gets in the way,” says Stephanie Pilkington, partner at Potter Clarkson, about the role IP will play in translating research at the institute into tangible benefits.

The Francis Crick Institute is a multidisciplinary medical research centre jointly funded by the Medical Research Council (MRC), Cancer Research UK, the Wellcome Trust, UCL, Imperial College London and King’s College London. The project began in 2007 and this year it opened a multimillion pound laboratory in St Pancras, London, which is the biggest one-building biomedical research institute in Europe.

The biomedical discovery institute is dedicated to understanding the scientific mechanisms of living things. It works towards helping to understand why disease develops and finding new ways to treat, diagnose and prevent illnesses such as cancer, heart disease, stroke, infections, and neurodegenerative conditions.

Pilkington explains: “They are likely to take approaches similar to other organisations that engage in high quality research with practical implications. There isn’t much on the public website about the practicalities of protecting the IP, but they have clearly been thinking carefully and creatively about the whole translation process.”

Translation is the process of turning what goes on in the lab, such as research findings, into something useful for society.

Fiona Nicolson, partner at Bristows, says: “Clear agreements will need to be put in place from the outset to establish the ownership of any IP rights arising from the research findings.

“Staff training will be crucial to help scientists understand the potential opportunities for IP protection which may arise. Often scientists who are working extensively in a field do not recognise the potential commercial opportunities of their work. Publication will need to be managed so as not to prejudice commercialisation and to ensure that, where appropriate, patent protection is sought prior to publication.”

Pilkington explains that it is highly likely there will be challenges in protecting IP and in the translation process when dealing with such a complex environment between academic scientists and collaborators in the same or different countries.

However, she clarifies that there is a lot of expertise in these areas, both in the UK and in other countries, on how to best handle IP matters.

With regard to IP challenges, Nicolson explains that it can be difficult to make sure that there is a good internal monitoring system in place to identify and protect IP development at the institute. However, Nicolson says, good training of the scientists and having experienced commercialisation teams in place can help to make sure that the appropriate safeguards are in effect and opportunities for commercialisation are maximised.

The underlying challenge, Pilkington explains, is making sure there is a culture within the organisation that wants to proceed with translation and recognising that it has many different strands to it.

She adds: “It requires a willingness from all sides for a project to succeed.”

The institute’s collaborative structure will bring many benefits, but also give rise to some challenges.

“Where scientists based at the Francis Crick Institute have different institutional employers, IP ownership questions may arise and the institutions and researchers will need to agree who owns the rights to anything produced at the institute,” says Nicolson.

She further explains that the same issue will need to be considered with regard to pharmaceutical partnerships, and confidentiality will be important as well.

Another aspect the institute will need to be aware of is any third-party IP rights in products and materials used by scientists to conduct their research. It will have to ensure that all required licences are in place.

Nicolson adds: “There can also be tension in an open innovation model between the sharing of knowledge and the protection of IP.”

However, Pilkington clarifies, there are models of open innovation which will help with deciding what to protect, how to protect it, what to do when there is a disagreement and even how to share out the financial rewards.

The institute brings together scientists from many disciplines, with the aims of improving people’s lives and keeping the UK at the forefront of innovation in medical research, attracting high-value investment and strengthening the economy.

With a total investment of around £650 million ($843.1 million) to establish the institute’s new building, the centre says that the money will “ensure that it is resourced to make a major impact”.

Pilkington explains that the aim of the institute is to carry out high quality science, with a very strong practical focus.

She says: “Within a UK perspective, there’s an outlook of training and dissemination of skills and knowledge across the scientific community generally.”

Nicolson adds: “The collaborative approach of the Crick is fantastic for innovation.”

She explains that researchers are encouraged to cooperate and share knowledge as widely as possible, and that the communal spaces in the new laboratory encourage different teams to communicate.

“The Francis Crick Institute has also arranged a number of impressive pharmaceutical collaborations, including with GSK,” she says.

Nicolson says: “One of the highlights is that the institute has an unconventional funding model which allows scientists to spend less time applying for grants and more time on their research projects. Core funding pots are provided for each lab and controlled by group leaders.”

The institute also has an ‘entrepreneur in residence’ who, among other things, works on translation and commercialisation policies to maximise the value of the institute’s projects.

Nicolson adds: “By being a leading centre for biomedical research, the institute will promote the UK’s reputation for excellence in the field while boosting the economy and providing new employment and investment opportunities.”

With the new building, the institute’s partners want to create a world-leading centre of biomedical research and innovation in the heart of London.

The institute was founded nearly ten years ago, and it celebrated an important achievement in 2015 with the entry of researchers from the MRC’s National Institute for Medical Research. The MRC has been around for more than 100 years, and has produced 31 Nobel Prize winners, as well as funding many medical breakthroughs, such as the discovery of the human influenza virus. The background of the MRC will further strengthen the Francis Crick Institute, whose founder was the co-discoverer of the structure of the DNA molecule in 1953.

Professor John Savill, CEO of the MRC, said in a statement when the building was announced: “The Crick will be an international powerhouse for science and that’s a testament to the outstanding commitment of all those involved.”

He added: “The partners’ shared aspiration, a vision also held by the UK government, is that the institute develops a new and even more effective approach to helping turn laboratory discoveries into prevention and treatment as quickly as possible to improve people’s lives. I’m confident this will be achieved through the combined specialist knowledge, expertise and resources of its scientists, working across many diverse disciplines.”

When it is fully occupied and operational, in early 2017, the institute’s building in St Pancras will employ 1,500 staff, including 1,250 scientists, and have an operating budget of approximately £130 million a year.

Paul Nurse, director of the institute, says in a statement to LSIPR: “A remarkable state-of-the-art new home for the Crick has been completed and the occupation by scientists has started. But this is only the beginning.”

He adds: “As all our research groups move in over the rest of the year, it will be the discoveries we make here that will establish our place at the forefront of science in London, the UK and worldwide.”

Harpal Kumar, CEO of Cancer Research UK, added at the time: “The Crick will revolutionise medical research. Through collaboration and sharing insights across many different disease areas, the Crick will make a unique global contribution to our understanding of their causes and drivers.”