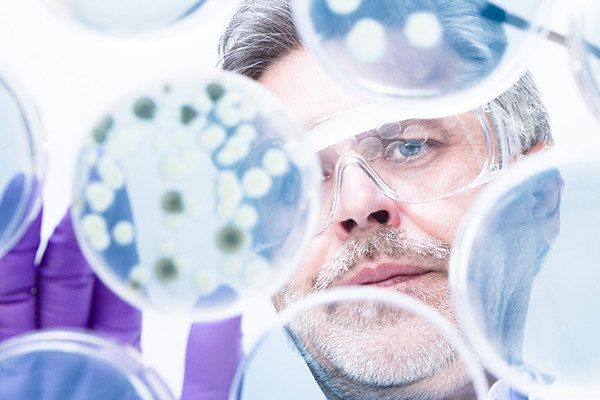 The current regulations in Mexico provide a legal framework for protecting genetic resources, but the framework for investing in new biotechnology is still not clear, as Karla Roxana Aispuro Castro and Mariana González Vargas of Becerril, Coca & Becerril report.

Biological resources are hugely important for current and future economic and social development. But the over-exploitation of our natural resources has reached worrying levels, and the extinction of numerous animal and vegetal species due to human activity has led the international community to adopt specific measures to promote the conservation and sustainable use of biological diversity.

With this in mind, the Convention on Biological Diversity (CBD) was established and came into force in 1993. It has three main objectives: the conservation of biological diversity, the sustainable use of the components of biological diversity, and the fair and equitable sharing of the benefits arising from genetic resources. Further, the CBD has adopted two supplementary agreements that are very important in this matter: the Cartagena Protocol in 2003 and the Nagoya Protocol, which came into force in October 2014.

The Cartagena Protocol seeks to ensure the safe handling, transport and use of living modified organisms resulting from modern biotechnology that may have adverse effects on biological diversity, taking into account risks to human health. The Nagoya Protocol aims to fairly and equitably share the benefits derived from the use of genetic resources, including providing suitable access to genetic resources and technology transfer. As a result, it aims to contribute to the conservation of biological diversity and sustainable use of its components.

However, the CBD is considered by some to contradict intellectual property laws. While the CBD encourages states to control their biological resources, IP rights confer a condition of being ‘private’ property, when the legal requirements are met.

In fact, some countries have accused multinational enterprises that use biological materials from a country and convert them into products or services of ‘biopiracy’. These inventions are later patented and sold to people in the original country. However, the companies claim that there is no such biopiracy, but instead bad patent examination; they want clarity on whose consent they need to sell these products.

The CBD recognises the conflict and has taken action to help solve it. On May 16, 2012, Mexico became the fifth country to ratify the Nagoya Protocol awnd the first of the so-called mega-diverse countries to do so. Mexico ratified the Cartagena Protocol in August 2002.

In fact Mexico has had a regulatory framework in accordance with the principles of the CBD since 1996. For instance, article 87 of the General Law on Ecologic Equilibrium and Environmental Protection (GLEEEP) established that the collection of biological resources for research purposes requires authorisation from the Secretariat of Environment and Natural Resources (SEMARNAT), and that the collector shall guarantee the results be available to the public. However, such an authorisation does not grant the right to use the resources for biotechnology purposes, which are subject to the provisions of article 87 bis.

"the relationship between the rights of the land owners and the IP rights that will arise from research and development is not sufficiently developed within Mexico, or elsewhere."

Article 87 bis states that the exploitation of biological resources for biotechnology purposes is allowed after authorisation from SEMARNAT—but only with the express and informed consent of the owner or legitimate user of the land where the biological resource is found. According to this same article, and in accordance with the CBD, such owners or legitimate users shall have the right to an “equitable” share of the potential or actual benefits of such exploitation in accordance with the applicable law.

It has not been possible to put into practice these provisos, however, as there is no clarity on the criteria that SEMARNAT would have to consider in order to grant the referred authorisation, or on what would be considered an “equitable” share of the potential or actual benefits of the exploitation of genetic resources.

Additionally, it is not clear who should be responsible for granting the authorisation and for verifying the compliance of the law within SEMARNAT itself. To the best of our knowledge, only one authorisation has been issued since the law was enacted.

In Mexico, most of the biological materials are collected by research centres without SEMARNAT’s permission and without the consent of the owner or legitimate user of the land where the biological resource is found. In other words, they do not comply with the CBD. Even when the legal framework exists in practice, there is no-one who can control or manage these activities.

In recent years there have been some initiatives to modify the Mexican Industrial Property Law for restrictive provisions covering the disclosure requirements of biologic materials, and to require prior informed consent or to create a new law on access and exploitation of genetic resources. However, these initiatives have been rejected because, as was expressly stated by Mexico’s lower house, the Chamber of Deputies, it was better to wait for the outcome of international developments in this area.

In summary, the current regulations in Mexico provide for a legal framework that addresses the fundamental principles of protecting genetic resources. However, in terms of the ability to invest in new biotechnology, the framework is still not clear. On the one hand communities that own or legitimately use land require documentation and sufficient evidence of organisation in order to make it feasible for collectors to negotiate and follow the CBD and its related protocols.

On the other hand, the relationship between the rights of the land owners and the IP rights that will arise from research and development is not sufficiently developed within Mexico, or elsewhere.

The difficulties of complying with international treaties and local law may be managed through good practices, such as collecting biological materials in properties where the land owner is clearly identified and by creating a good and fair contractual relationship with such an owner.

Moreover, companies interested in collection should seek to clarify and optimise the administrative proceedings in SEMARNAT to construct a system that allows authorisations through clear criteria and procedures. This will help to create specific rules on the process and the effects of authorisations, including their term and scope—features not currently laid out in the law.

Karla Roxana Aispuro Castro is an engineer at Becerril, Coca & Becerril. She can be contacted at: kaispuro@bcb.com.mx

Mariana González Vargas is an engineer at Becerril, Coca & Becerril. She can be contacted at: mgonzalezv@bcb.com.mx