Patents for plants in Mexico 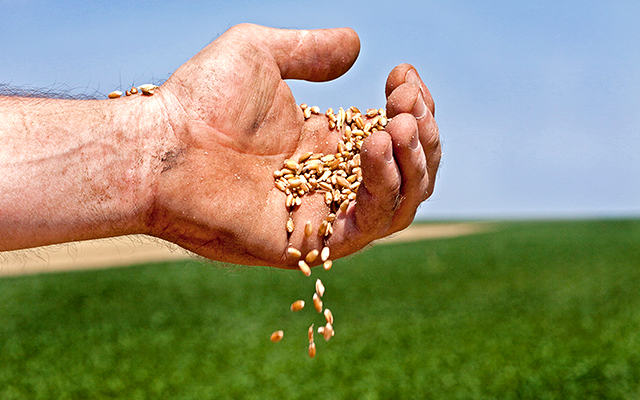 Genetically modified plants, hybrid seeds and plants obtained from such seeds are usually granted patent protection in Mexico as they are not created by ‘essentially biological’ processes, as Fernando Rincón of Becerril, Coca & Becerril reports.

Plant varieties and the ‘essentially biological’ processes for obtaining them are excluded from patent protection in Mexico. This is the case in many countries around the world since these are allowable exclusions under the World Trade Organization’s TRIPS Agreement.

Fractions I and V of article 16 in the Mexican Industrial Property Law (IPL)—which deal with patentability exclusions—do not expressly include all plants, but only plant varieties.

The fact that the law refers to plant varieties instead of plants poses a question about the scope of such an exemption.

According to the International Union for the Protection of New Varieties of Plants (UPOV), ‘plant variety’ is defined as a plant grouping within a single botanical taxon of the lowest known rank. Such a grouping, irrespective of whether the conditions for the grant of a breeder’s right are fully met, can be:

a) Defined by the expression of the characteristics resulting from a given genotype or a certain combination of genotypes;

b) Distinguished from any other plant grouping by the expression of at least one of the said characteristics; and

c) Considered as a unit with regard to its suitability for being propagated unchanged.

The system for the protection of plant varieties under UPOV is available in Mexico and is also in compliance with the TRIPS Agreement. It protects only a specific plant variety that is new, distinct, homogeneous, and stable. Accordingly, if a plant grouping does not satisfy such criteria, it will not be considered as a plant variety under the UPOV system.

That the IPL refers to plant varieties instead of plants has led the Mexican Institute of Industrial Property (IMPI) to interpret it in a way that causes the examiners to allow patents for plants depending on the claim drafting, on the level of intervention of humans in obtaining the organism, and the features of the claims that are considered within the Mexican patentability legal framework.

It is important to highlight that the IMPI considers that genetically modified plants, or plants produced by recombinant gene technology, which do not fall within the definition of ‘plant variety’ established by the UPOV, and which totally fulfil the provisions of article 16 of the IPL, are considered patentable according to Mexican practice.

Likewise, hybrid seeds and plants obtained from such seeds, by lacking homogeneity and stability on their characteristics of whole generation population, are not classified as plant varieties by the IMPI, and are usually granted patent protection in Mexico.

In relation to the above, it has been observed on a daily basis that patent applications that seek protection of plants or parts of them and which do not include representative examples showing that claimed plants were obtained as described in the specification, are usually objected to due to lack of support. For this reason, it is highly advisable that these types of patent applications include representative examples within the description, in order to avoid objections.

Within the specific context of plants, most patent applications are related to genetically modified plants. However, it is well known that the IMPI receives patent applications related to plant breeding and to the development of new plants that have not been produced by recombinant gene technology, but obtained by new breeding techniques.

For example, marker-assisted breeding that seeks the protection of new desirable plant traits, such as improvement in yield, higher nutritional value, resistance to insects or pests, tolerance to heat and drought, better agronomic quality, growth rate or protection against toxic side-effects from certain herbicides, among others, have been granted. The step of marker-assisted selection for particular agronomic characteristics of the plant represents a technical process in which human intervention plays an important role for obtaining said plants. Therefore this selection is not an essentially biological process.

The granting of some patent applications with new breeding techniques is a clear sign that the criteria used in Mexico to evaluate plant inventions were supported in the above thoughts. The possibility of granting a patent for an invention related to a plant that was not obtained by recombinant gene technology is open.

From the above, it may be concluded that any development implying a technical process in which human action is involved, such as the case of genetically modified plants, or those developments related to plant breeding and the development of new plants obtained through new breeding techniques, should be considered patentable because they would not be ‘essentially biological’ processes according to TRIPS and the IPL.

However, there has been a recent shift in the criteria the IMPI has applied, particularly when the application refers to a plant that was not specifically produced by recombinant gene technology.

The IMPI has been objecting to such claims on the grounds of article 16, fraction V of the IPL by finding that a plant is a plant variety for the simple fact that it was obtained by the essentially biological process of crossing and backcrossing of two parent plants; the step of marker-assisted selection is not considered as human intervention.

Because many patents have already been granted under the former criterion, which recognises that breeding and obtaining such plants in the absence of human intervention does not lead to the desirable features, the IMPI’s position today is stricter with respect to these type of developments.

Although the outcome of such a change in criteria is still to be seen, it is important to remember that plant varieties per se are protected in Mexico under the Federal Law on Plant Varieties and therefore a full strategy must be established in Mexico on a case-by-case basis.

Fernando Rincón is an engineer at Becerril, Coca & Becerril. He can be contacted at: frincon@bcb.com.mx