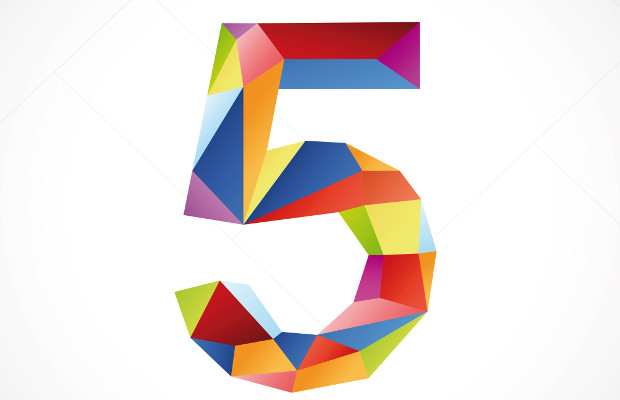 Inter-partes reviews (IPRs) can be a powerful weapon against patents listed in the Orange Book. However, IPR practice favours a petitioner who has carefully thought about the issues and crafted the best strategy, says Mark Remus of Brinks Gilson & Lione.

Inter partes review (IPR) provides an attractive alternative to district court litigation. The Patent Trial and Appeal Board (PTAB) applies a lower burden of proof and reaches a decision more quickly and cheaply than district courts. Generic pharmaceutical companies can use these advantages to get their products to market faster and more cost-effectively. The following are five tips for a successful IPR challenge.

There is no one-size-fits-all strategy for addressing Orange Book patents. The right strategy depends on the client’s budget, the size of the market opportunity, and the types of patents at issue. A more cost-conscious generic manufacturer who is targeting a drug with relatively small sales may want to focus on the more vulnerable patents, such as formulation or method of use patents, in order to obtain a quick result that is cheaper than litigation.

A generic company who is first-to-file might file paragraph IV certifications against the formulation and method-of-use patents and file an IPR petition against the more challenging patents, such as a compound patent, because the lower evidentiary standard might lead to a higher chance of success.

As a practical matter, the IPR petition may be your only attack on the validity of the patent. Any IPR proceeding that ends in a final written decision will stop the petitioner from raising any ground that it raised or could have raised in the IPR. Even if an IPR is not instituted, however, the decision not to institute may be given at least some weight by the district court judge.

An IPR petition must be filed within 12 months of the service of a patent infringement complaint. However, there several reasons to consider filing the petition earlier.

First, filing early gives you the opportunity to file a follow-up petition. If the PTAB refuses to institute the IPR, you may be able to file a second petition that fills any gaps identified by the PTAB. A second petition may also be desirable if the PTAB adopts an unexpected claim construction or institutes a hearing on only some of the claims. The decision denying institution, or granting institution with respect to only some of the claims, will include claim constructions and a detailed discussion of the grounds that have or have not been accepted. The petitioner can use that guidance to craft arguments for a second petition that are more likely to succeed.

Second, filing early increases the chance of staying district court litigation. In a Hatch-Waxman case, the court has only 30 months to resolve the litigation before the Food and Drug Administration regulatory stay expires. If an Abbreviated New Drug Application filer waits 12 months to file the IPR, the district court may have concerns about resolving the litigation before the 30-month stay expires and refuse to stay the case. This is particularly true if the parties have expended substantial resources and a trial is imminent.

“IPR petitions are sometimes denied if they do not explain the significance of prior art citations or if the petition glosses over a claim element.”

Third, a favourable PTAB ruling may be helpful in the district court. For example, the PTAB might refuse to institute an IPR because the challenged claims cannot be construed. The PTAB cannot invalidate claims for indefiniteness in an IPR, but a district court can take the PTAB’s views into consideration. At least one district court has done just that and relied on a PTAB decision in finding the claims invalid for indefiniteness.

The benefits of filing early, however, must be weighed against the advantage of waiting to file the petition. At the beginning of litigation, the patentee has not disclosed claim constructions or provided infringement contentions. This prevents a petitioner using a patentee’s broad claim construction or infringement position in the IPR. It also leaves the petitioner with too many targets to attack in an effective and/or cost-efficient manner. It may make sense for a petitioner to wait until the patentee has disclosed its contentions before filing an IPR petition.

3. Don’t stumble out of the gate

IPR petitions are often denied because of problems that could have been avoided if the petitioner had simply taken enough care in the first instance.

Second, make sure the petition satisfies all the regulatory requirements. The PTAB will review the petition for “page limits, font size, signature, [and] identification of lead and backup counsel.” If the petition is deficient, the petitioner usually will be given five days to file a corrected petition.

The PTAB is very strict on the use of claim charts. It considers arguments and claim constructions in the claim charts to be impermissible. For example, any reference to legal terms such as “anticipation” or “obvious” may be considered legal analysis and deemed improper. The petitioner should also make sure that (1) exhibits match the documents listed in the exhibit list; (2) margins are one inch; (3) the petition contains a certification that the petitioner is not barred or stopped from requesting a review; and (4) the petition identifies all related matters.

Third, make sure the petition is substantively complete. The petition “must specify where each element of the claim is found in the prior art patents or printed publications relied upon." IPR petitions are sometimes denied if they do not explain the significance of prior art citations or if the petition glosses over a claim element.

It is important to consider back-up arguments because the PTAB does not like to give petitioners two bites at the apple. For example, you may not want to rely on a single reference for both anticipation and obviousness because losing on anticipation may pollute the obviousness argument. For this reason, it may help to include alternative primary references for the obviousness argument. If multiple prior art references disclose a claim element, consider pointing that out in case the PTAB does not find the element in the first reference.

Back-up arguments do not need to be, and in some instances should not be, in a single petition. The better strategy may be to break up the alternative arguments into multiple IPRs against a single patent. This allows for multiple, targeted attacks on a single patent, instead of one scattershot petition that is diluted and collectively weaker.

A petitioner must carefully choose which arguments to include in the petition. The strongest argument should be put first in the petition in order to increase the odds that the argument is accepted. While it is tempting to include every conceivable argument, the shotgun approach results in a petition that is collectively weaker than a petition that is focused on the one or two best arguments. That is because the PTAB will reject poorly developed arguments and the loss of credibility may hurt you.

In addition, if the petition includes too many grounds or the relative strengths and weaknesses of each ground are not adequately explained, the PTAB may not appreciate which grounds are stronger and adopt a weaker argument that is more difficult for you to defend in the long run. The PTAB may institute the IPR on a weaker ground, and treat the other grounds as redundant.

Mark Remus is a partner at Brinks Gilson & Lione. He can be contacted at: mremus@brinksgilson.com