It’s your party, and you can dance if you want to 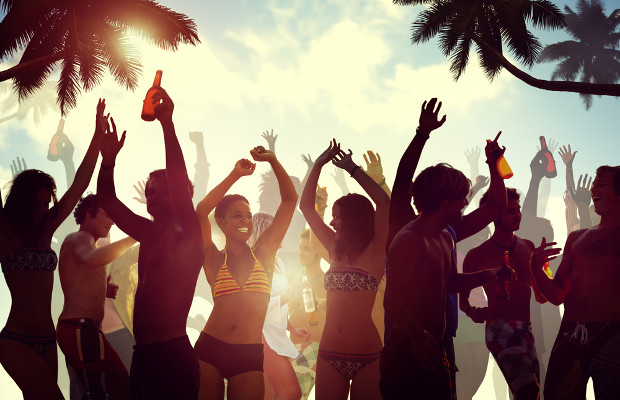 The US Court of Appeals for the Federal Circuit has now twice interpreted the Biologics Price Competition and Innovation Act’s (BPCIA) complex patent dispute resolution pathway for a biosimilar applicant seeking to launch its follow-on product.

In 2015, the Federal Circuit in Amgen v Sandoz held that an applicant could choose whether to participate in the detailed patent information exchange process known as the “patent dance”. To the disappointment of biosimilar applicants, the court also held that the applicant must provide to the reference product sponsor (RPS) a 180-day notice of commercial marketing and can do so only after the Food and Drug Administration (FDA) approves its biosimilar.

In July 2016, the Federal Circuit clarified in Amgen v Apotex that the applicant must provide the 180-day notice of commercial marketing whether or not it takes part in the dance. These decisions provide biosimilar applicants with certain strategic choices regarding the patent dance.

In addition to providing an abbreviated pathway for obtaining FDA licensure, the BPCIA also provides a framework for resolving patent disputes that is largely controlled by the actions of the applicant. This detailed framework provides for two phases of litigation, often referred to as “early phase” and “late phase” litigation.

The late phase litigation starts when the applicant provides the RPS with at least 180 days’ notice before commercial marketing. During these 180 days, the RPS “may seek a preliminary injunction prohibiting” the applicant from manufacturing or selling its product. Even here, the applicant has some control over the number of patents involved, as the RPS is limited to only those patents agreed upon but not asserted in the early phase litigation.

As the decision in Amgen v Apotex made clear, notice of commercial marketing may only be given after FDA approval. Because approval may only be made effective after the 12-year reference product exclusivity period expires, biosimilar applicants fear that the Federal Circuit’s holding provides the RPS with an additional exclusivity period of 180 days. It’s possible that this fear may be mitigated, however, if, as the court hinted in Amgen v Sandoz, the FDA issues regulations providing for “tentative approval” before the expiration of the 12-year exclusivity period.

Because the Federal Circuit has held that participating in the patent dance is optional, an applicant has the strategic freedom to decide whether to dance. In doing so, the applicant must balance two interests. On the one hand, the applicant might choose to take part in the dance so that it can have control over the scope of patents that can be asserted. Doing so, however, requires the applicant to disclose potentially sensitive, trade secret-protected product-manufacturing information.

Some biologics currently on the market retain expansive patent portfolios, with some RPS companies indicating patent portfolios of 70, 100 or more protecting a single biologic product. Controlling which and how many patents are litigated in the “early phase” may allow the applicant to reduce overall litigation costs, while receiving helpful answers on those patents deemed to be most problematic from an infringement standpoint.

“For the applicant who chooses not to dance, it remains an open issue whether the RPS has any available patents on which it may seek preliminary injunction.”

If the applicant elects to forgo the dance, the RPS may seek a declaratory judgment at least on any patent that claims a biological product or a corresponding method of use, and perhaps on others, as alluded to in the Amgen v Sandoz decision. Although the applicant has no control over which patents the RPS elects to pursue, resolving patent disputes through this mechanism may provide resolution without incurring the cost of participating in the dance.

So, for the applicant who chooses not to dance, it remains an open issue whether the RPS has any available patents on which it may seek preliminary injunction.

Effectively, the Federal Circuit called on the FDA to issue what amounts to “tentative approval” licences to applicants. The Federal Circuit suggests that such licences could be approved before, but only become effective on, expiration of the 12-year exclusivity: “[W]e have been pointed to no reason that FDA may not issue a licence before the 11.5-year mark and deem the licence to take effect on the 12-year date—a possibility suggested by [the BPCIA]’s language about when FDA approval may ‘be made effective’.”

At the same time, however, these licences will permit the applicant to provide to the RPS the required 180-day notice of commercial marketing ahead of time, and resolve preliminary injunction-type matters ahead of market launch.

Such tentative approval might be beneficial for the applicant and RPS alike. On the one hand, the applicant can potentially provide earlier notice and have patent clarity well before the 12-year exclusivity period running. On the other hand, if the notice comes earlier in time, the RPS will have the opportunity to fully litigate the case, potentially without having to seek a preliminary injunction.

It remains to be seen, of course, what the FDA will do in response to this suggestion. Currently, the FDA has no regulations or guidance in place for issuing so-called tentative approval licences to applicants. And unlike other agency-centric statutes, the BPCIA does not expressly give the FDA rulemaking authority. The FDA will have to go through notice-and-comment rulemaking procedures to fashion any “tentative approval” provision.

The court has invited the solicitor general to provide a brief on the US’s views of the BPCIA. This increasing public scrutiny, as well as ongoing litigation and potential future rulemaking by the FDA, should provide greater guidance on the BPCIA.

Stacie Ropka is a counsel at Axinn, Veltrop & Harkrider. She can be contacted at: sropka@axinn.com

William Rose is an associate at Axinn, Veltrop & Harkrider. He can be contacted at: wrose@axinn.com

Ryan Hersh is a summer associate at Axinn, Veltrop & Harkrider.