Making a splash in the CRISPR patent pool 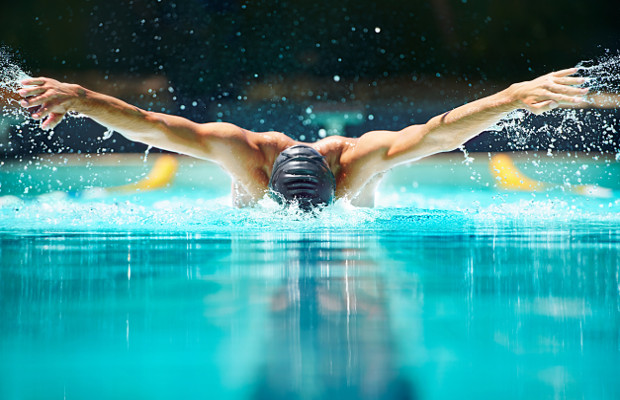 With discussions underway to create a CRISPR patent pool, Kevin O’Connor of Neal, Gerber & Eisenberg discusses the three main perspectives when considering the main benefits of such a move.

The emergence of CRISPR as a gene-editing technology has generated a great deal of excitement in the scientific and medical communities. Potential applications may impact not only gene-editing research, but also the areas of industrial biotechnology and human therapeutics, where CRISPR technology may be developed and commercialised as gene- and/or cell-based therapeutics.

The patent landscape surrounding CRISPR technology is also attracting a great deal of attention. To date, most of the focus has been on the battle between the University of California (UC) and the Broad Institute of MIT and Harvard at the US Patent and Trademark Office. However, several other entities have patents and patent applications directed to CRISPR technology, including Toolgen, Vilnius University, and Sigma-Aldrich.

As with other nascent technologies, there is a potential for securing patent claims having greater breadth than more well-developed technologies where a great deal of prior art may be available. The number of entities holding patents and patent applications in this space coupled with the potential for securing broad claims—particularly for the early entrants to the field—serves to create a complex patent landscape that will need to be carefully navigated by companies wishing to make use of the technology going forward.

One proposal for aiding that navigation is the formation of a patent pool. In April, Denver-based licensing firm MPEG LA invited CRISPR patent holders to submit their patent assets for evaluation to determine eligibility to participate in a CRISPR patent pool. MPEG LA is behind several patent pools in the consumer electronics industry, most notably the MPEG-2 patent pool.

At least one patent holder—the Broad Institute—announced its submission to MPEG LA, identifying ten patent families relating to CRISPR technology. It is not clear whether other patent holders have made similar submissions, although there was no requirement to publicly announce such submissions.

Another patent pool relates to noninvasive prenatal testing (NIPT). As part of a settlement of a patent lawsuit, Illumina and Sequenom pooled their owned and in-licensed patents to enable each party to develop and sell its own respective NIPT tests and to provide a single point of contact for those wishing to license the patents for NIPT.

However, these examples exclude commercially significant jurisdictions or are focused on diagnostic (rather than therapeutic) applications. The potential for human therapies employing CRISPR technology adds another layer of complexity to the formation and administration of a patent pool.

A toe in the water

In assessing the benefits of a CRISPR patent pool there are, as with any patent pool, at least three perspectives to consider, with each perspective deriving overlapping and unique benefits from the pool.

First, companies wishing to commercialise CRISPR technology (which may include patent holders themselves) may benefit from reduced transaction costs associated with obtaining licences to blocking patents. An entity interested in accessing patents related to CRISPR technology can, via one-stop shopping, license all the patents covered by the patent pool. Individually licensing that same group of patents would require the prospective licensee to separately negotiate with each patent holder.

Moreover, an individual approach increases uncertainty for the prospective licensee as patent holders may be motivated to demand different royalty rates at different stages of development and/or from different licensees. A patent pool addresses this uncertainty by providing a means in which many, if not all, necessary licences are obtained at one time and on the same, non-discriminatory terms to all licensees. This arrangement reduces the expense and uncertainty of negotiating with myriad patent holders individually.

With multiple companies developing multiple therapeutic applications, the commercial availability of a broader array of human therapies employing CRISPR technology will be accelerated—a benefit to the public. Such parallel development also distributes the risk of failure during the development process among the licensees—a benefit to the patent holders. Instead of having their potential revenue and/or royalty stream dependent upon one or a handful of therapeutic applications that may never reach commercialisation (e.g., due to challenges with delivery, or failure to demonstrate safety and/or efficacy), the patent holders have many more opportunities to have a therapeutic application of their patented technology commercialised.

Finally, patent holders obviously derive benefit from the royalties from the pool. In addition, patent holders may derive a public relations benefit from participating in the pool, being viewed as a socially responsible company, particularly in the context of making more therapies available to more patients.

An effective CRISPR patent pool will (i) include many, if not all, patents deemed to be essential for using CRISPR technology; (ii) avoid antitrust violations; and (iii) allow for licensees that commercialise therapeutic applications of CRISPR technology to enjoy some form of exclusivity.

A patent pool is most effective in achieving the benefits discussed above when many, if not all, essential patents are included. For consumer electronics, essentiality is expressed in terms of complying with an established industry standard. However, such standards are not the norm in biomedical applications and, therefore, the essentiality of a patent may need to be determined by an independent panel of experts having the appropriate medical and legal expertise.

One potential drawback to any patent pool is concentrating market power in the group (or entity) that administers the pool. The US Department of Justice has published Antitrust Guidelines for the Licensing of Intellectual Property that specifically address patent pools and acknowledge that patent pools can be pro-competitive, such as when they integrate complementary technologies, reduce transaction costs, clear blocking patents, and avoid costly patent infringement litigation.

"a pool licence may need to distinguish among different types of uses (e.g., therapeutic and non-therapeutic) and, further, identify patents relevant to each use."

The guidelines also identify potential anti-competitive concerns. For one, the pool should not be over-inclusive. An over-inclusive pool increases the risk of possible free-riding by companies that contribute only non-essential patents. Moreover, the inclusion of non-essential patents in a patent pool forces licensees to pay for technology that they may not need and may also increases the risk of foreclosing competition.

Thus, the recruitment of relevant patent holders and the identification of essential patents will be a critical aspect of forming a CRISPR patent pool.

To encourage development of the CRISPR technology, particularly in the area of human therapeutics, the pool should account for a commercialising company’s desire to have a limited period of exclusivity. The high cost associated with development of biopharmaceutical therapies, including several phases of clinical trials, typically requires some form of patent exclusivity to incentivise a company to engage in the rigorous development and approval process that is often fraught with failure.

The Broad Institute has recognised that for human therapeutics, exclusivity is necessary to drive the level of investment needed to develop the technology to the point where it is safe, effective, and capable of precise gene-editing in specific cell types. In its response to MPEG LA, the Broad Institute indicated that it already makes non-exclusive licences available to companies wishing to sell CRISPR-based tools and reagents for genome editing, but has entered into an exclusive licence for human CRISPR-based therapeutic applications through its “Inclusive Innovation” model, which allows third parties to apply for a licence for uses not being pursued by the exclusive licensee (subject to the exclusive licensee’s opportunity to commit funding and launch such a programme).

Divergent treatment of tools/reagents and human therapeutics is not uncommon in biotechnological and pharmaceutical patent law. For example, performing a patented method of treatment is exempt from infringement as long as the activity is reasonably related to obtaining FDA approval of a drug; the same exception, however, has been found not to apply to research tools, even where such tools were used for the purpose of generating information to submit to FDA.

Thus, a pool licence may need to distinguish among different types of uses (e.g., therapeutic and non-therapeutic) and, further, identify patents relevant to each use.

A CRISPR patent pool could be a welcome step to potential licensees to promote certainty and further innovation but must be designed to effectively meet the unique needs of the biopharmaceutical industry.

Kevin O’Connor is a partner at Neal, Gerber & Eisenberg. He can be contacted at: koconnor@nge.com