Not just for medicaments: broadening horizons in Europe 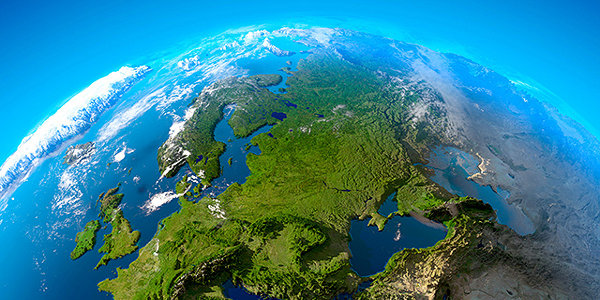 Andrew Wright and Tom Harding investigate how a decision by the EPO’s Board of Appeal may extend the opportunities for protection by second medical use claims.

A recent decision by the Board of Appeal (BoA) of the European Patent Office (EPO), T 2003/08, has changed the criteria for second medical use patent protection in Europe. Here we examine the implications for protection by second medical use claims, with a focus on areas that may not fit the traditional concept of a ‘medicament’.

Although it is generally not possible to patent methods of treatment of humans or animals in Europe, due to their legislative exclusion from patentability, there has been a long-established principle of allowing equivalent patent protection by reformatting ‘method of treatment’ claims as ‘medical use’ claims.

For many years, the accepted format of a second medical use claim in Europe was based on language explicitly approved by the EPO’s Enlarged Board of Appeal (decision G 5/83), which takes the form:

“Use of [a specified substance or composition] for the manufacture of a medicament for the treatment of a [specified therapeutic application].”

"whether a ‘medicament’ is made is irrelevant to the validity of a second medical use claim."

A body of case law had developed, establishing a variety of requirements for medicaments to be eligible for protection by a second medical use format claim, including:

2.    It must be consumed in use. A ‘laser surgery system’ was not allowed (decision T 227/91), because medicaments are “expended in the process of use and have only a once for all utility”, unlike surgical instruments. By contrast, the blood filter of T 138/02 (supra) was considered to be consumed because “the adsorbent is changed during its use” by binding its ligand.

3.   It must be a finished product, made by an industrial process, and ready to perform its therapeutic function without further modification. A device for use in the surgical repair of a body passageway was refused (decision T 775/97), because the manufacture of the “finished product” could occur only by bringing together multiple parts inside the patient.

4.  The therapeutic effect of the medicament must result from the substance or composition from which it is manufactured. A claim to the manufacture of a biocompatible strip for treating female urinary incontinence was not allowed (decision T 1099/09) as the therapeutic effect did not stem from the material itself but from the geometry and positioning of the strip as applied to the body.

Such case law made it generally difficult to obtain second medical use protection for medical devices at the EPO. Moreover, a precise definition of the term ‘medicament’ had not been forthcoming from the BoAs, with the risk that ever more convoluted definitions might restrict opportunities for the patenting of second medical uses without justification.

European patent EP 862444 was opposed, and considered by the BoA, with the following independent claim:

“1. Use of a specific ligand … in the manufacture of a column having said ligand coupled thereto for the treatment of a patient suffering from dilated cardiomyopathy (DCM) …”

At issue was whether the “column having said ligand coupled thereto” satisfied conditions 1 to 4 above—that is, whether it was a true ‘medicament’.

Although the BoA found no reasons to conclude that the column did not satisfy the established conditions to be a medicament, it was particularly striking that the BoA commented:

“… an assessment of whether or not a ‘medicament’ is used is not in fact needed.”

In arriving at this decision, the BoA explained that:

Accordingly, the BoA concluded that:

In applying the rationale to EP 862444, the BoA found that the “specific ligand” as used in the manufacture of the column was indeed a “chemical entity”, and was responsible for bringing about the therapeutic effect on the patient. The BoA judged that the claim was a valid second medical use claim, irrespective of whether the manufactured column was a true ‘medicament’.

Accordingly, the question of whether a ‘medicament’ is made is irrelevant to the validity of a second medical use claim. Rather, it is decisive that the claim relates to a therapeutic effect caused by molecular interaction between a chemical entity and a patient’s body, irrespective of whether that chemical entity is presented in the form of a medicament, or as part of a device.

This decision appears to release the shackles imposed by the EPO’s earlier complex case law, and opens new opportunities for second medical use claims in which active chemical entities are not formulated as ‘medicaments’.

Therefore, it is highly relevant for protecting new medical uses of columns and other devices containing active chemical (including biological) entities.

Andrew Wright is a partner in the biotechnology and pharmaceuticals group at Potter Clarkson LLP. He can be contacted at: andrew.wright@potterclarkson.com

Tom Harding is an associate in the biotechnology and pharmaceuticals group at Potter Clarkson LLP. He can be contacted at: tom.harding@potterclarkson.com