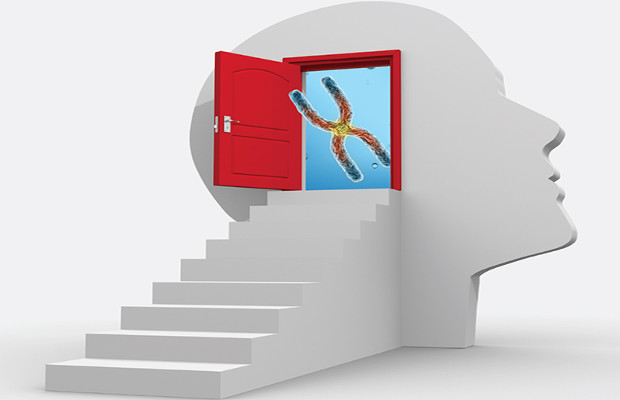 A firm advocate of ‘open innovation’, Novartis is setting aside rivalries and working on a number of projects to ensure patients get the best treatments as quickly as possible. LSIPR spoke to Graham Stuart of the company about some of the work.

The liver, the largest internal organ in the human body, performs more than 500 different functions including fighting infection and controlling blood sugar. It is the only organ that can regenerate itself, and at any one time contains about 10% of the body’s blood. While the liver’s structure has been understood for a long time, scientists have been less clear on what exactly powers it—until now.

New research from Novartis reveals that a complex module made of multiple proteins acts as a “factory foreman that keeps the liver operating smoothly”, according to a blog published in April. “Without this module, called RSPO-LGR4/5-ZNRF3/RNF43, liver cells stop doing their jobs. Further, the liver stops filling in empty spaces on the assembly line as workers drop out. In fact, without this module the factory doesn’t even get fully built.”

This is just one example of the work being done at the Novartis Institutes for Biomedical Research (NIBR), an organisation comprising approximately 6,000 scientists, physicians and business professionals across seven sites globally. NIBR takes a collaborative approach to pharmaceutical research and is a strong advocate of ‘open innovation’, in this case where pharma companies put rivalries aside and join academics and government agencies to conduct early-stage research into diseases. The resulting information typically becomes publicly available with few or no patent conditions attached.

“The ultimate outcome is to generate information that is beneficial to the scientific community, not to tie up IP,” explains Graham Stuart, global head of patents at NIBR. In this early, pre-competition stage, the need to collaborate on answering specific scientific questions often trumps the desire for patent protection.

NIBR and its partners may agree that “the only things to come out at this pre-competitive stage are publications,” Stuart says. “There are no other strings attached; patent protection is often unnecessary.”

“The complexity, cost and risk associated with drug discovery and development actually influence more external collaboration. Successful collaborations with academia and industry bring the best scientific experts and tools together to address critical scientific and medical challenges. Sharing resources and information helps reduce repetition in research and development to get products to patients faster.”

NIBR’s focus on open innovation is sharpened by president Jay Bradner, a doctor who joined earlier this year from academia and is a “champion” of the model, according to Stuart. Five years ago, Bradner gave a TED talk at TEDxBoston 2011, an independent event, in which he discussed his views.

“We have this molecule, but it’s not a pill yet. It’s not orally available. We need to fix it, so that we can deliver it to our patients. And everyone in the lab, especially following the interaction with these patients, feels quite compelled to deliver a drug substance based on this molecule. It’s here where I have to say that we could use your help and your insights, your collaborative participation.

“Unlike a drug company, we don’t have a pipeline that we can deposit these molecules into. We don’t have a team of salespeople and marketers that can tell us how to position this drug against the other. What we do have is the flexibility of an academic centre to work with competent, motivated, enthusiastic, hopefully well-funded people to carry these molecules forward into the clinic while preserving our ability to share the prototype drug worldwide,” Bradner argued.

NIBR has actually had involvement in open innovation models for around ten years, with Stuart explaining that some models are already fairly well established in the pharma industry.

In Europe, the Innovative Medicines Initiative (IMI) is one example, and one in which NIBR is involved. The IMI calls itself Europe’s largest public-private initiative aiming to speed up the development of better and safer medicines for patients. It supports collaborative research projects and builds networks of industrial and academic experts in order to boost pharma innovation in Europe.

Stuart says: “The IMI finances open source collaborators in industry and academia on projects that address unmet or under-resourced medical needs. The goal is to further develop research knowledge within the scientific community to quickly address these needs.

“Industry partners are putting funding into these consortia on very specific scientific questions and tapping into academia to help answer questions.”

The first phase of IMI was launched in 2008 and covers more than 50 projects. These schemes focus on specific diseases and health conditions as well as broader challenges in drug development such as safety. In the second part of IMI, there is a €3.3 billion ($4.1 billion) budget available from 2014 to 2024, €1.425 billion of which was committed by companies such as Novartis that belong to the European Federation of Pharmaceutical Industries and Associations.

"we can’t do it alone—we don’t have the resources to answer all those questions, the pond is too big for us to fish in alone”  Graham Stuart

Another project NIBR is involved in is the Structural Genomics Consortium (SGC), based in Oxford in the UK. The SGC’s mission is to conduct research into new areas of human biology and drug discovery by focusing “explicitly on less well-studied areas of the human genome”, according to its website. It makes all its research output available to the scientific community “with no strings attached, and by creating an open collaborative network of scientists in hundreds of universities around the world and in nine global pharmaceutical companies”. One of its key achievements is the continual generation of high-quality chemical probes for proteins found in epigenetics, a field of genetics.

NIBR works on almost all human diseases, but in terms of sheer numbers “we have more effort in oncology/cancer than any other”, Stuart explains. One of the organisation’s most high-profile pieces of open source work to date, conducted with the Broad Institute and others, resulted in the “Cancer Cell Line Encyclopedia”. NIBR and its partners carried out a characterisation of “thousands of cancer cell lines that everybody in oncology works with and put that information into the public domain”, he says.

Delving deeper into the nuts and bolts of NIBR’s work, Stuart explains that it aims to probe compounds to try to identify new targets implicated in disease, adding that “we want to have as many targets as possible to explore” in order to carry out productive drug discovery.

At that early stage of a drug’s lifecycle, open innovation is justified because there are “lots of questions we want to answer about the scope of utility of a compound and we can’t do it alone—we don’t have the resources to answer all those questions, the pond is too big for us to fish in alone”, Stuart explains.

He adds: “We can learn more about our molecules sooner using scientific expertise that is out there, we become more learned about the prospects of molecules, and we can bring them to market more quickly.”

When new targets relating to a particular disease are identified, there is then a ‘foot race’ to bring the molecules to market, which means as NIBR moves along the drug discovery timeline, “we have to tread more carefully in how we collaborate”, Stuart notes.

“As we move into looking for new molecules, we’re starting to think about the crown jewels—patents covering the molecules we want to sell—so we don’t want to unnecessarily jeopardise protection for those molecules. We look at the risks and benefits of potential collaborations and try to achieve some comfort that what we want to do is risk manageable.”

One of the risks of open innovation is that due to the need to share more information outside the “Novartis world”, there might be an inadvertent disclosure of information that could affect the ability to secure patent protection for potential products. “Also, information leaking out and having IP generated by others that we don’t have access to is a concern,” he says.

So far, this has not been a problem, but Stuart says “an element of this is having trusted partners who understand confidentiality obligations ... one goal is to ensure we are educating our potential partners on patent ownership and confidential information and helping to enhance the efficiency of setting up collaborations, eg, avoiding getting bogged down in minutiae on contracts”.

Although open innovation is perhaps more closely associated with the software industry, Stuart says the pharma sector has made “some good strides to date and I’m sure this will progress in the future: it’s still costly to do drug discovery and still complex to unwind some of these difficult disease problems, so the pharma industry can build on what it has so far and look for more opportunities to enhance collaboration”.

Aside from answering specific scientific questions, NIBR is involved in other collaborative initiatives with academics such as “scientists in residence” programmes and mentoring schemes. As part of these programmes, scientists from other countries spend time in NIBR’s laboratory in Basel working on specific projects before “going back with knowledge and implementing it in their home country”, he explains. “The goal is to learn from each other.”

So what does the future hold for open innovation at NIBR? With Bradner at the helm, it’s likely that the focus on collaboration is only going to increase and, as Stuart notes, “he understands the importance of enhanced collaboration between industry and academia to help bring medicines to patients faster. We are looking for ways that we can open our doors even wider for collaborations”.

Much like the multi-functional liver, there is a great deal of work going on between multiple parties working in multiple areas to fight multiple diseases through open innovation. After all, drug discovery and creation ultimately has one major goal in mind—to help patients—so it seems smart for pharma companies to collaborate this way by putting aside their differences and fighting for the greater good.