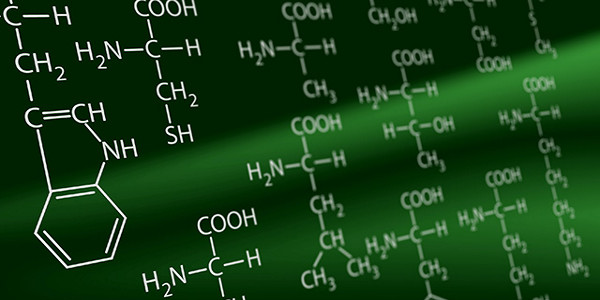 The rate of development in the biotech sector means revisions to the patent guidelines are more needed than ever, says Marisa Moura Momoli.

Aside from the current Brazilian Industrial Property Law No. 9.279/1996, Resolution PR No. 81/2013, that sets out the procedures for the submission of “sequence listings”, and the Guidelines for the Examination of Patent Applications, there are also guidelines in the areas of biotechnology and pharmaceuticals in Brazil.

In December 2012, in order to update the current biotech guidelines and provide greater uniformity and predictability of analysis, the Brazilian National Industrial Property Institute (INPI) released a draft of new proposed guidelines in the biotechnology field, giving the public 60 days to provide comments. The final text is due by the end of 2015.

In the current guidelines, there are few mentions of amino acids and nucleotide sequences, including that if polypeptides and polynucleotides have a natural equivalent, regardless of whether they are obtained artificially or isolated/purified, they are not patentable.

The INPI also states that monoclonal antibodies are entitled to protection as they are produced by hybridomas, non-natural cells resulting from the fusion of a lymphocyte and a tumour cell. The characterisation of monoclonal antibodies must be made by the description of the hybridomas from which they are derived or by complementary determining region (CDR) sequences.

The proposed guidelines initially clarify that multiple nucleic acid molecules may have unity of invention if they share a common structure and encode proteins with common properties. Moreover, a nucleotide or amino acid sequence must contain basic patentability requirements to be protected. These are novelty, inventive activity and industrial application; there is also a need for sufficient disclosure, grounded in the sequence listing.

The inventive activity of changed sequences depends on the demonstration of an unexpected effect generated by the alteration in relation to the prior art sequence. A sequence is shown to have industrial applicability if a utility and/or function for the sequence at issue is disclosed.

Sequences must be contained in a section called Sequence Listing in order to have sufficiency of disclosure. In order to ensure clarity and accuracy, the set of claims must refer to the biological sequences by their corresponding Seq ID numbers.

In some cases, other forms of characterisation of biological sequences may be accepted, such as: number of deposit; by name or designation when the biological sequence is already known in the prior art and is not the primary object of the invention; and Markush formulas accompanied by the corresponding Seq ID number. In the Markush formula there is a base sequence that is substituted by one or more variable substructures, accompanied by a list of definitions of these variable portions.

Single nucleotide polymorphism (SNP) is used to denote natural variations that occur in the genome and that involve a single nucleotide. They may be associated with certain characteristics, thus functioning as molecular markers. If a certain polymorphism is described as being natural, it cannot be considered an invention. However, the use of a set of SNPs in in vitro diagnostic methods may be entitled to protection.

"such revisions must occur more frequently. The biotechnology area is undergoing constant transformation as new discoveries are made and research results are published."

Taking into account the fact that primers are segments of sequences that anneal with genes and/or natural messenger RNAs (mRNAs), primers’ claims are not eligible for protection as they are deemed to be biological material.

Concerning a promoter, its sequence does not have specific start and terminator nucleotides. For this reason, the presentation of experimental data proving that the isolated DNA sequence is able to trigger the expression of gene sequences is necessary. Furthermore, such a sequence must be represented by its Seq ID number.

Regarding complementary DNA (cDNA), if the gene from which the mRNA is generated has introns, the cDNA will be different from the gene as the sequence of the cDNA will present only the sequence of the exons. Therefore, in these cases, it is not possible to consider that a cDNA molecule is equal to a natural molecule, and its patentability must be evaluated based on the requirements of novelty, inventive activity and industrial application. Moreover, the mere sequencing of cDNA without the association of a function is not enough to guarantee the industrial application to the subject matter. Expressed sequence tags (ESTs) use the same criteria as cDNA for analysis.

Open reading frames (ORFs) are a region of the genome and are not entitled to protection as they are considered to be a natural product.

Concerning fusion proteins, it is important to emphasise that both or all the constituent parts (sequences that form the final protein) must have some function in the fusion protein.

The characterisation of humanised antibodies requires the presentation of a Seq ID number containing the amino acid sequence of the variable portion of the antibody and the definition of the other elements, ie, the fragment crystallisable (Fc) portion. According to the proposed guidelines, a monoclonal antibody can be further defined by its specific Seq ID number.

In February 2013, the Brazilian Association of Intellectual Property (ABPI) prepared a text with relevant suggestions including the insertion of issues that are in the current guidelines but not in the proposed guidelines, such as virus definitions, Swiss-type claims and treatment method claims; the inclusion of more examples of patentable claims; and the allowance of deposit of biological material and filing of sequence listings until the end of the examination.

The first update of the current biotech guidelines is an important step towards increasing the uniformity and predictability of patent application analysis. However, it should be stressed that such revisions must occur more frequently. The biotechnology area is undergoing constant transformation as new discoveries are made and research results are published.

Considering the huge amount of information that is being generated by new sequencing methodologies, this challenge tends to increase the necessity for bigger taskforces and new tools to reduce the backlog related to these issues at the INPI.

Marisa Moura Momoli is a patent agent at Di Blasi, Parente & Associados. She can be contacted at: marisa.momoli@diblasi.com.br