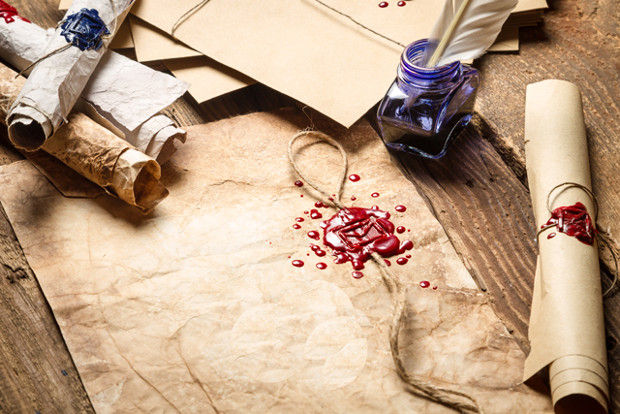 With careful patent drafting and prosecution, it is possible to capture significant IP value in the clinically—and commercially—important area of biomarkers, says Stephanie Pilkington of Potter Clarkson.

Interest in the promise of biomarkers and personalised/stratified medicine is building. In the UK, for example, the government announced a Diagnostics for Stratified Medicine Catapult centre in August 2013, and partners including the Technology Strategy Board and the Medical Research Council have committed to spend more than £200 million ($336 million) over a five-year period to promote the development of stratified medicine, providing the tools, processes and systems for identifying the right therapy for the right patient, at the right time and at the right dose.

The “revolutionary” National Lung Matrix trial announced by Cancer Research UK in April 2014 and jointly funded by Cancer Research UK, AstraZeneca and Pfizer with support from the UK National Health Service (NHS) illustrates this approach, where the aim is to select test compounds for trial in particular patients taking into account the genetic profile of their cancer.

How feasible is it to protect innovation in this sector? Divergence between approaches in the US and in Europe, for example, provides a challenging environment for those seeking to protect and develop their assets, but with care, it is possible to capture significant value in this clinically and commercially important area.

The US Patent and Trademark Office (USPTO) memorandum to examiners issued in March 2014 (http://www.uspto.gov/patents/law/exam/ myriad-mayo_guidance.pdf) presents a significant challenge to obtaining protection and explaining its commercial value. The USPTO guidance seeks to ensure that all applications of a particular biological finding are not monopolised; a patent applicant, on the other hand, might typically seek to ensure that all commercially important aspects are encompassed.

A challenge for obtaining protection, therefore, is to be able to focus on those commercially important aspects while leaving open a sufficient number of other applications to satisfy the USPTO. A range of options of varying scope is likely to be needed to accommodate developments in how the USPTO and courts interpret these provisions. A strong plan for follow-on research, development and patent filing to build on the company’s expertise and market position will give the most commercially robust protection.

In Europe, the challenges are different. Although ways of using known medical devices may be difficult to protect at the European Patent Office (EPO), the EPO generally takes a less restrictive view of the types of invention for which protection is possible. Particular claim formats are required and the EPO’s very strict approach to amendments and entitlement to priority means that options may be unnecessarily limited unless bases for those claim formats are included in priority and international (Patent Cooperation Treaty) applications, for example.

At the EPO, a method claim relating to an invention linking a particular biomarker to a particular treatment option typically would not include either the step of obtaining a sample from the patient or the step of treating the patient in the selected way. At the USPTO, in contrast, it may be necessary to include at least one of these steps. The method claim may be supplemented with a ‘second medical use’ claim that focuses on a compound for use in a method of treatment characterised by the treatment selection method.

Again, a modular approach during drafting may be best in accommodating these conflicting and shifting requirements: the broadest claims or statements of invention can focus on the ‘core’ of the invention, in appropriate formats for the EPO and USPTO, with different steps that can be added as needed in different territories.

“A strong plan for follow-on research, development and patent filing to build on the company’s expertise and market position will give the most commercially robust protection.”

The EPO’s view on which features need to be in a second medical use claim or treatment selection method claim may also be shifting. The EPO may require more explicit reference in the claim to the determination of a particular biomarker for a patient as part of the method, for example. For some biomarkers this may not be a concern, for example where the biomarker varies with time and the essence of the invention lies in monitoring a changing biomarker parameter. For other more fixed biomarkers, for example a particular genotype, careful thought is required when drafting to anticipate as far as possible the different ways in which such information may be obtained and accessed for a particular patient.

Biomarkers may also lie in more unusual areas, for example in defining a patient subgroup by reference to failure to respond to a particular previously-tried therapy, again emphasising that ability to refer to information rather than a specific physical investigation step may be important.

Personalised/stratified medicine and other biomarker-related claims can be very valuable as part of a product lifecycle management strategy, or a strategy for securing protection reflecting the technical challenges involved in gaining regulatory approval for a known but previously unapproved compound. Particularly in the latter case, moves at least in Europe towards greater transparency in the disclosure of clinical trials and regulatory submissions highlight the need for early and careful review of trials data with potential biomarkers and personalisation/stratification in mind, followed by suitable patent filings, before the trials information enters the public domain. Otherwise, opportunities for securing the broadest possible protection in relation to biomarkers and stratification may be lost.

In terms of potential infringement, it may be difficult for a generic manufacturer to exclude biomarker-related information from regulatory documents such as the Summary of Product Characteristics, unlike references to particular indications or dosage forms, which it is typically possible to leave out under the so-called ‘skinny label’ provisions.

Of course, robust biomarkers are potentially very useful not only in delivering personalised/ stratified medicine but also in developing therapeutic molecules and treatment regimes. Can this activity be protected and is that protection useful? The EPO will permit claims to screening methods as long as they are considered not to contravene the “contrary to morality” provisions, which typically means that they have to be limited to non-human animals, or to methods that would be acceptable as human clinical trials. Again, using the right wording when drafting the priority document preserves maximum flexibility.

Infringement considerations may vary across Europe and other territories in view of different provisions relating to experimental use and Bolar-type exemptions; preparations for the Unitary Patent and Unified Patent Court add a further layer of complexity in Europe in view of the separation provisions providing for exemptions to infringement of a patent with unitary effect.

Prosecution and enforcement both remain challenging for biomarker/personalised/ stratified medicine claims. The long timescales involved and the potential for changes in patent office and court interpretation emphasise the need for early and ongoing awareness throughout the development team of the potential of biomarkers and personalisation, and for a flexible and thorough approach to securing protection for them.

Stephanie Pilkington is a partner in the biotechnology and pharmaceuticals group at Potter Clarkson LLP. She can be contacted at: stephanie.pilkington@potterclarkson.com