SPCs: a state of conflict 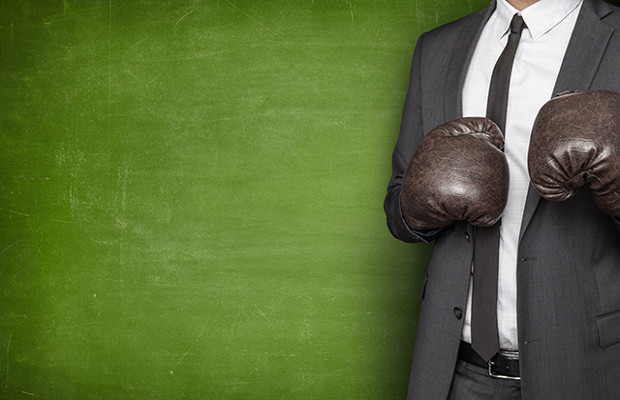 Despite several major EU rulings on supplementary protection certificates, national IP offices and courts can form differing interpretations, and it seems that a unitary-style SPC right would be hard to create. LSIPR reports.

When the Court of Justice of the European Union (CJEU) hands down its judgments, it often feels like a double-edged sword for European-based intellectual property practitioners.

You get the long-awaited answers to the questions the court has been asked, but are then faced with the job of interpreting the ruling. After many hours of scouring the court’s judgment, confusion often reigns about how it can possibly be put it into action.

One IP right that is feeling the heat is the supplementary protection certificate (SPC), specifically the rules surrounding how and when to grant and oppose one.

SPCs in Europe are governed by two regulations: 469/2009, which concerns SPCs for medicinal products, and 1610/96, which centres on the creation of SPCs for plant protection products.

The regulations, as was intended, are used by national patent offices throughout the EU to act as a guide that helps them assess SPC applications and carry out opposition proceedings.

Despite its senior authority, the CJEU has not helped matters.

Robert Stephen, partner at law firm Olswang in London, tells LSIPR that the court has appeared to issue confusing judgments. Stephen says he went to a seminar earlier this year attended by SPC experts whereby the consensus “seemed to be that decisions from the CJEU conflicted with each other”.

“The feeling was that examiners were not in a position to make any decisions that could potentially conflict with a higher body (the CJEU) and that there needs to be a way to tick both boxes,” he adds.

The CJEU, at the time of writing, has ruled on several major SPC-related disputes. So far, three have proved to be the most significant: Medeva v Comptroller General of Patents, Designs and Trade Marks, Neurim Pharmaceuticals v Comptroller-General of Patents and Seattle Genetics v Österreichisches Patentamt.

In Neurim (1991), the court said the mere existence of an earlier MA does not preclude the grant of an SPC for a different application of the same product for which an MA has been granted.

The Seattle Genetics case (2015) centred on when an SPC comes into effect, with the court’s ruling confirming that an SPC’s term begins once a party is notified of an MA for a drug.

Francois Pochart, partner at August & Debouzy Avocats in Paris, says it is hard to respect CJEU guidelines as they often “render the matter far more complex than it was and raise more issues than they solve”.

Nina Schaeffner, attorney at Freshfields Bruckhaus Deringer in Munich, agrees that the differing interpretations have not improved the situation.

She tells LSIPR that not all questions on the regulations’ requirements have been referred to the court and that in instances where questions have been answered, “national judges complain that the judgments do not give clear answers”.

She adds that although the SPC is a “European instrument”, it is still possible for patent offices and courts to issue differing decisions.

With seemingly conflicting opinions and regulations that could be left open to multiple interpretations, attempting to come up with a uniform strategy across Europe is proving tricky, particularly for the IP offices across the continent assessing applications.

“The EPO has no track record of SPCs; it grants patents in individual countries and those countries’ IP offices can then grant an SPC.”

Stephen says experts at various European IP offices have been regularly putting their heads together to try to come up with a solution.

One of the other major drawbacks is the speed of assessing applications, a problem felt at many of the continent’s IP offices.

“There are not actually that many examiners who deal with SPCs at the individual patent offices; in some cases there just one or two,” says Stephen. He adds that it takes the UK Intellectual Property Office up to two years before it will even pick up an application.

Despite the lack of manpower, examiners try regularly to talk to one another about how to be consistent with EU law and adopt a uniform approach.

Stephen adds: “Some countries lead on interpretations of the law while other countries look to them. Certainly the UK, France, Germany and the Netherlands have people actively engaged in trying to understand how information should be applied and they then share that around with other jurisdictions.”

An issue that France faces is a lack of clear guidelines from its own IP office, the National Institute of Industrial Property (INPI), says Pochart.

“Guidelines would really help applicants as there would be something to rely on. If you know the position of INPI then it’s much easier—at the moment it is based on practice.”

Pochart says INPI has announced plans to release guidelines “at the end of the year” but that staffing issues have held it back.

The pending unitary patent is described as a “European patent with unitary effect” which will be valid in participating member states of the EU.

Under the system, which may be implemented later this year, individual European patents will be replaced with a single patent, a single renewal fee, and single ownership.

One court, the Unified Patent Court, will hear disputes related to the patents.

Given the apparent lack of uniformity on some of the procedures surrounding SPCs, a unitary SPC may be a tempting prospect to help simplify processes.

Things are not that simple, however.

Pochart points out that as SPCs depend on the date of notification of the first MA within the European Economic Area, a unified procedure would be tricky to create.

“MAs are national and I don’t know if and how it is possible to articulate a unitary SPC (one for all member states) on a group of MAs that do not have a unitary effect.

“There would be different starting points all over the EU so a unitary SPC based on a bundle of unitary MAs would be very difficult.”

Shaeffner agrees and says it would be difficult to attach unitary SPCs to a unitary patent.

“The SPC is not only linked to patents but also to the MA. MAs can be obtained in a centralised procedure for the EU as well as decentralised in national proceedings. A unitary SPC would not be possible in all cases in which a unitary patent would have been granted.”

In October 2015, the European Commission announced a call-for-tender to help study the possibility of implementing a unitary SPC in the EU.

As Shaeffner explains the study was to be used “for an overall evaluation of the SPC system in the EU and to inform the decision on whether to come forward with a new SPC title at the European level and whether to revise the existing legislation”.

The tender closed in February 2016. The commission received one bid, which did not meet the requirements of the tender. At the time of writing, a new tender was expected to be launched in May 2016.

Shaeffner says a unitary SPC would reduce the likelihood of different decisions being made around the EU.

“One central body would decide whether to grant such an SPC and a central court would rule on its validity. Therefore, the risk of different decisions by national patent offices and national courts in member states regarding the same issue would be reduced,” she adds.

Stephen raises the question of who would grant a unitary SPC should it be implemented.

But he adds that there would be the need to create an authority to grant unitary SPCs “so that there can be more clarity and no differences between the offices”.

“At the moment, that organisation doesn’t exist. It’s a really complicated question when you think about which organisation could grant something like this.”

The European Patent Office (EPO), which will grant unitary patents, is not an EU organisation but the SPC regulations are EU-based.

“The EPO has no track record of SPCs; it grants patents in individual countries and those countries’ IP offices can then grant an SPC.”

Furthermore, the countries belonging to the European Patent Organization, which the EPO falls under, are not all EU member states.

“The EPO could validate a European patent in Switzerland but the SPC regulation would not apply there,” he says.

Given some of the teething problems of the unitary patent, such as challenges against language rules and the long time it is taking to ratify the agreement, introducing what would already be a complex unitary SPC could prove even more difficult.

As things stand, SPC applicants and opponents will need to continue operating in each individual country of interest. While ambiguity surrounding the procedures for granting and opposing SPCs remains, a few more meetings of minds between experts may be required.