Tackling the patent backlog in Brazil 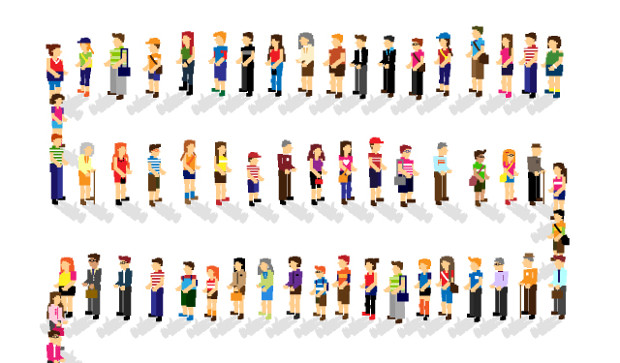 It’s been a long time coming, but perhaps the Brazilian patent office is finally going to deal with the logjam of patent applications, says Gabriel di Blasi.

The Brazilian Patent Office (INPI) has been facing a huge backlog of patent applications, which has led to an average waiting time for examination of about 10 years, an extremely long period compared with other countries. The delays apply for both patent and utility model (UM) applications, with the examination of UM applications being slightly less, around eight years.

According to the INPI, the number of patent applications pending examination, mainly in the biotech, pharmaceutical, electronic and telecommunication industries, has been increasing every year, and is estimated to reach nearly 200,000 by 2015.

Several other factors have contributed to the backlog. The INPI did not have sufficient infrastructure, especially examiners, to support such an increased demand, and its workers were frequently on strike with demands for wage increases, better working conditions, and the hiring of new examiners.

"The INPI needs to move swiftly to enact the changes it has set to address rhe massive backlog and reduce the examination time for patent applications in Brazil."

It was later expanded to include all new, regular pharma applications as well as biotech applications. This causes several problems for granting patent rights in both sectors and creates legal uncertainty for overseas pharmaceutical companies.

The effects caused by the backlog have been tremendous. Aside from the legal uncertainty, because there is no guarantee as to when the patent rights will be granted, such delays in protection can have a spiralling effect on manufacturing costs, as the owners do not have the patent rights to prevent third parties from using their technologies, incurring a higher cost for bringing their products to market. These effects weaken the Brazilian IP system as a whole.

Although Brazil has been plagued with this backlog, the LPI has some provisions to expedite the examination of patent applications, as well as to reduce the backlog. A resolution allows for expedited examination:

In addition, third parties can petition to expedite applications when they are being accused by the applicant of using their product or process without authorisation.

The Green Patent Program aims to reduce the examination of patent applications on ‘green’ technologies to less than two years. The INPI has established certain guidelines and has limited the programme to certain technologies, such as alternative energy, transportation, energy conservation, waste management and agriculture.

The INPI has also implemented an electronic filing system for patent applications, known as the E-Patent system. This system started in the spring of 2013 and will provide access to all information regarding patent issues, including the technical opinions of patents and their respective charters, all procedures of patent applications and patent lawsuits among others. The INPI expects this system to be fully functional by 2015.

In addition, the INPI has reorganised the channels for application examination, creating examination lines for each type of application, and entered into cooperation with the National Council of Technological and Scientific Development to increase the number of examined patent applications.

However, these actions and measures are not enough to reduce the patent examination time, nor are they enough to substantially reduce the backlog in Brazil. The INPI needs to move forward with hiring and training new examiners, especially in pharmaceutical and biotech areas, and review the guidelines for examination in order to simplify the procedures of the examiners for examination.

According to the INPI, decisions related to rejections and allowances of patent applications and granted patents decreased between 2009 and 2012. However, if the INPI hires and trains new examiners for 2014 the prediction will be to reach 49,000 and 35,000, respectively, by 2015. Based on this scenario, the INPI expects to reduce the time frame for examination to as little as four years.

The INPI needs to move swiftly to enact the changes it has set to address the massive backlog and reduce the examination time for patent applications in Brazil. These measures have the potential to bring the Brazilian patent system more in line with the rest of the developed world and will provide more legal security for foreign investments. In the meantime, being aware of measures to expedite applications can help both foreign and domestic patent seekers better protect their interests.

Gabriel Di Blasi is a partner at Di Blasi, Parente & Associados. He can be contacted at: gabriel.diblasi@diblasi.com.br