The pros and cons of second medical use 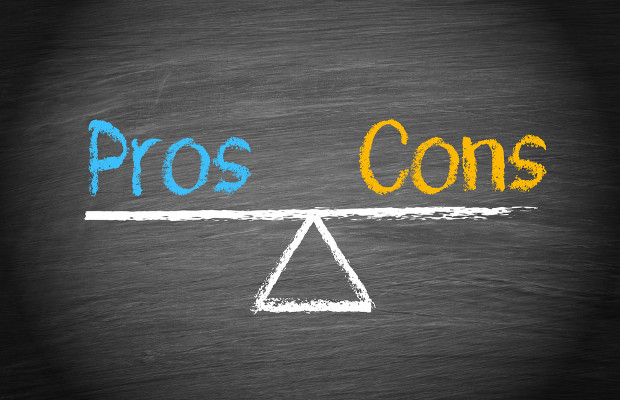 While we await the outcome of the appeal in Warner-Lambert v Actavis, which concerns second medical use patents, there are several steps drugs companies should take given the need to balance the interests of patent owners and generic makers. Clare Greatbanks of Osborne Clarke reports.

With any generic product launch, the generic company must decide whether to ‘clear the path’ by applying to invalidate the patent covering the pharmaceutical product before launch, or launch at risk without clearing the path, where the key risk is that the patent owner seeks a preliminary injunction. The pregabalin litigation, heard by the English Court of Appeal in Warner-Lambert v Actavis in May 2016, demonstrates the additional considerations for a second medical use patent.

“It is worth remembering that the EPO has confirmed that a patentee cannot convert a Swiss-form second medical use claim to an EPC 2000-form one.”

The drug at issue, pregabalin, is marketed by Warner-Lambert (part of the Pfizer group) as Lyrica in the UK. The product patent covering pregabalin for pain relief, epilepsy and anxiety disorders expired in May 2013. The supplementary protection certificate extended protection for pregabalin to May 2018 but was allowed to lapse for non-payment of fees. Data exclusivity expired in July 2014. The pregabalin litigation is about Warner-Lambert’s Swiss-form second medical use patent for pain relief that expires in June 2017.

The Swiss-form of a second medical use claim (so-called because it was first suggested by the Swiss Federal Institute of Intellectual Property, and now overtaken by the EPC 2000-form) is in the format “use of X for the preparation of a medicament, or pharmaceutical composition, for the treatment of Y”. Second medical use patents were introduced to provide protection for research and development investment in the pharmaceutical sector for identifying second medical uses of known active ingredients.

Actavis launched its pregabalin product as Lecaent in the UK in February 2015 under ‘skinny’ labelling for the off-patent uses only (ie, only for epilepsy and anxiety disorders, which are not covered by patent protection, and not for pain relief, which was still protected by Warner-Lambert’s second medical use patent). However, Warner-Lambert was concerned that Lecaent would still be prescribed for the pain relief indication protected by the second medical use patent, despite the skinny label.

This concern is because a high proportion of prescriptions are written generically, in which case the dispensing pharmacist may choose which product to prescribe. Therefore a pharmacist may dispense Lyrica or Lecaent, or any other generic product that becomes available, for a pregabalin prescription. It is rare that a prescription states the indication that the drug has been prescribed for so the pharmacist would not know why pregabalin was prescribed. Furthermore, generic products are ordinarily cheaper than innovator products so pharmacists often dispense those.

The validity of ‘secondary’ patents such as second medical use patents is frequently open to challenge by generic companies as part of their strategy to clear the path for launching their generic version of a medicinal product. Actavis challenged the validity of Warner-Lambert’s Swiss-form second medical use patent for pain relief. Warner-Lambert counterclaimed for infringement. Here is the story so far.

At the English High Court, Mr Justice Arnold refused to grant an interim injunction sought by Warner-Lambert requiring Actavis to take a number of steps to ensure that Lecaent was not dispensed for pain relief.

Swiss-form second medical use claims are not aimed at doctors, who are excluded from the realm of patent law so that they are not liable for infringement claims, but at manufacturers. Arnold ruled that the manufacturer of a product covered by a Swiss-form second medical use claim had to have a subjective intent that the product will be used for the patented second use for there to be infringement, and Warner-Lambert had not pleaded such an intention.

Actavis applied for strike out or summary judgment and Warner-Lambert applied to amend their particulars of infringement to plead subjective intent. Arnold refused both and held the case should proceed to full trial. Arnold also struck out Warner-Lambert’s claim for indirect infringement.

Warner-Lambert obtained an order requiring National Health Service (NHS) England to issue guidance, which the NHS duly issued, that if doctors are prescribing pregabalin for pain relief, they do so only by reference to Warner-Lambert’s Lyrica.

May 2015: Court of Appeal disagrees

The Court of Appeal ruled that subjective intention on the part of the manufacturer wasnot required for infringement of a Swiss-form second medical use claim. Instead, the Court of Appeal applied a purposive interpretation, ruling that knowledge or foreseeability on the part of the manufacturer that the product could be used for the patented second use was sufficient.

Although Actavis’s obviousness challenge did not succeed, Warner Lambert’s Swiss-form second medical use patent was found invalid for insufficiency.

Arnold ruled that even if the patent was valid, it was not infringed.

Background to this finding ...

The Court of Appeal’s purposive interpretation for infringement was obiter and therefore not binding. However, as a considered unanimous judgment of the Court of Appeal, it was highly persuasive so should be followed unless clearly wrong. Arnold ultimately ruled that despite having “considerable doubts” he was nevertheless not “entirely convinced” that it was wrong and therefore he proposed to follow it.

Arnold ruled that the Court of Appeal had made it clear that:

The intentional administration requirement was central, so Arnold considered how and by whom that could be fulfilled:

Arnold then considered whether this had been met for there to be infringement, direct or indirect, by Actavis:

For pregabalin manufactured before either side took steps to notify doctors and pharmacists that they should provide Lyrica only if pregabalin was required for pain, it was not foreseeable to Actavis that Lecaent would be intentionally administered for pain except in a small number of exceptional cases that Arnold regarded as de minimis.

For pregabalin manufactured after the NHS issued guidance, it was not foreseeable to Actavis that more than a de minimis amount of Lecaent would be intentionally administered for pain.

Arnold held that Actavis did not have the required mental element at the time of first manufacture of Lecaent so, even if the patent had been valid, Actavis had not infringed it.

Swiss-form second medical use claims are process claims directed to the manufacturer. However, there was no act of manufacture by any party downstream of Actavis. Arnold held that, even if the patent had been valid, there was no indirect infringement for the supply of the product by the manufacturer on the basis that the doctors and pharmacists were not doing anything that could be considered to be part of the manufacture of the drug. Accordingly, the doctors and pharmacists were not supplying a “means … for putting the invention into effect”.

The current position is that it is difficult to prove infringement of Swiss-form second medical use claims.

Companies should consider the following factors for a second medical use patent given the balance between the patentee’s desire to maintain exclusivity for any indications that have patent protection and the generic company’s desire to market products for any non-patented indications.

The generic product can be marketed for the off-patent uses only—for pregabalin, this means epilepsy and anxiety disorders. The patient information leaflet, summary of product characteristics and product labelling must clearly state that the product is not to be used for treating the patented indication.

Sandoz placed its generic pregabalin on the market with a full label, ie, without carving out the patented pain relief indication, as it was keen to be the first generic on the market for all authorised indications once the Warner-Lambert second medical use patent had been declared invalid by the High Court. However, in November 2015 the High Court granted an interim injunction stopping Sandoz from selling the full label product. In these circumstances, under English law the patent is considered valid until it is declared invalid by a higher court.

Skinny labelling alone may not be not enough for the patentee (it wasn’t for Warner-Lambert in the pregabalin litigation)—the patentee will still be concerned that the generic product will be prescribed and dispensed for the patented indication for the reasons set out at the start of this article.

In terms of what other steps are required, it was not necessary for Actavis to write to every pharmacist and doctor within the NHS informing them that Lyrica, not generic products, should be administered as pregabalin for pain relief. A generic company may still decide to issue such a notification to minimise the risk of infringement. Equally, a patentee may nevertheless decide to notify pharmacists and doctors in order to maximise the prospects of its product being administered for the patented indication.

However, the High Court did order NHS England to issue guidance that any prescriptions of pregabalin for pain relief reference Lyrica. Therefore the patentee and/or generic company may decide to make an equivalent approach to NHS England.

Warner-Lambert subsequently applied to amend its patent. In November 2015, the High Court held this was an abuse of process. Therefore it remains important to consider any and all claims in the same action.

The original Swiss-form of a second medical use claim in the format “use of X for the preparation of a medicament, or pharmaceutical composition, for the treatment of Y”, a purpose-limited process claim, was allowed by the European Patent Office (EPO) in 1985 to provide protection for new uses of a known active ingredient.

The legal basis for second medical uses was later included in the European Patent Convention (EPC) 2000 so that they unequivocally qualify for patent protection. The Swiss-form was replaced by the EPC 2000-form of a second medical use claim on December 13, 2007: “product X for the treatment of Y”, a process-limited product claim.

While both forms of claim provide protection for the new use of an active agent, the scope of legal protection they provide does not appear to be identical. The pregabalin litigation was for the Swiss-form. Arnold commented that his ruling may not apply to EPC 2000-form claims, the scope of which has not yet been tested before the English courts.

As discussed above, the fundamental difficulty with Warner-Lambert’s infringement case was that Swiss-form second medical use claims are process claims directed to the manufacturer of the pharmaceutical composition or medicament. Therefore the outcome may be different for an EPC 2000-form claim. It is worth remembering that the EPO has confirmed that a patentee cannot convert a Swiss-form second medical use claim to an EPC 2000-form one.

Now we must await the outcome of the appeal to see how Swiss-form second medical use claims should be construed and what impact that may have on the advice set out above—knowing that as products protected by Swiss-form claims come off patent entirely, the issues may need to be revisited from start to finish in relation to the newer, EPC 2000-form protected products in due course.

Clare Greatbanks is an associate director at Osborne Clarke. She can be contacted at: clare.greatbanks@osborneclarke.com