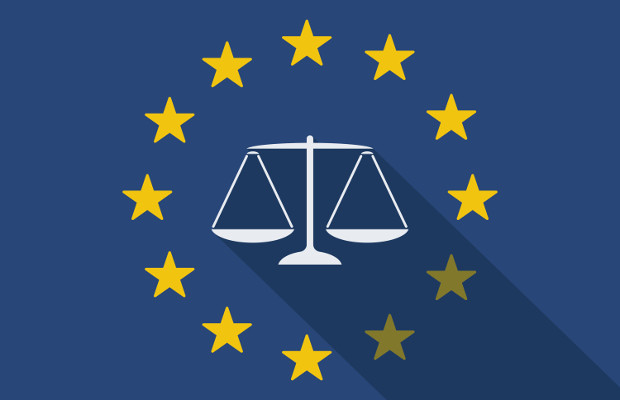 For many of the key questions relating to the grant of SPCs, there is some variance in the practice of national patent offices, even where there is guidance from the CJEU, as Simon Spink and Adrian Chew of Bristows explain.

Supplementary protection certificates (SPCs) are a hugely important intellectual property right for the pharmaceutical industry as they can extend patent protection for a particular pharmaceutical product for up to five additional years.

SPCs are provided for under EU law by the SPC regulation (Regulation [EC] No. 469/2009), but are prosecuted and granted by national patent offices, and enforced and revoked before national courts. The wording of the SPC regulation is deceptively simple, and in short provides that:

may be granted an SPC as long as:

Considering the lack of harmonisation across the EU in relation to patent law as a whole, SPCs have been a rich source for references to the Court of Justice of the European Union (CJEU) concerning how the SPC regulation should be properly interpreted. Those judgments are then implemented by the national patent offices and courts, which in some cases can lead to national differences between what were intended to be uniform rights.

For this article, we have collaborated with some of the top SPC prosecution firms in Europe to examine how national patent offices in Germany (Vossius and Partner), the UK (Greaves Brewster), the Netherlands (V.O.), France (Hoyng Rokh Monegier), Spain (Clifford Chance) and Italy (Trevisan & Cuonzo) are approaching some of the current key SPC issues, and any differences between them on a national level.

Multiple SPCs based on the same patent

An issue first raised in Biogen v Smithkline Beecham Biologicals(1997) and brought back to light in Medeva v Comptroller General of Patents, Designs and Trade Marks(2011) and subsequently readdressed in Georgetown University v Octrooicentrum Nederland (2013) was whether more than one SPC may be granted for different products based on the same basic patent.

The SPC regulation is very specific in its requirement that the MA for the product must have been granted under Directive 2001/83/EC (see article 2 and article 3(b)). Yet given that medical devices are also heavily regulated, there are strong policy arguments for holders of patents protecting medical devices also to be compensated for the delay in enjoying their monopolies due to the comprehensive regulatory requirements which delay the marketing of such products.

In Germany, there is one past decision (from 2010) in which, on appeal from the patent office, the Federal Patent Court concluded that the medical device concerned was subject to the same level of scrutiny required for any medicine, and so was equivalent to a MA under Directive 2001/83/EC. Yet subsequent decisions of the Federal Patent Court have refused SPC applications for medical devices, on the basis that they mediate their therapeutic effects by way of physical means, rather than by a pharmacological, immunological or metabolic action as required by the definition of product in the SPC regulation.

Second medical use and subsequent MAs

In Neurim Pharmaceuticals v Comptroller-General of Patents in 2012, the CJEU held that an SPC may be obtained for basic patents which protect a therapeutic application of a known active ingredient which has already been marketed as a medicinal product for other therapeutic applications, and in such circumstances the relevant MA is that covering the product for the new therapeutic use. This means that, despite there being a pre-existing MA for a particular product, an SPC can be granted based on a new MA for the new therapeutic indication.

In Italy the patent office has implemented the Neurim decision into its guidelines and is prepared to grant SPCs on that basis. In Spain the office will grant an SPC based on a later granted MA, but will not grant an SPC in circumstances where the existing MA has merely been varied to include a new indication.

The Dutch patent office has taken a strict approach to Neurim where it will grant an SPC only when the first MA is for human use and the second MA is for veterinary use, or vice versa. In the UK, the office is applying the decision in Neurim even more narrowly, with no further SPCs granted for a product based on a later granted MA; Neurim is considered a special case and not for general application.

In Germany, Neurim has been incorporated into the guidelines for SPC applicants, and several SPCs have been granted based on the principle set out there. However, in such circumstances the patentee has had to justify the grant of its SPCs based on the existing case law before the examiner will grant a SPC.

In France the decision in Neurim has been applied by the Paris Court of Appeal where it was found that Merck was entitled to an SPC for the product varicella-zoster vaccine as the previous MA had been for a vaccine to immunise against varicella, and the second MA was for the prevention of zoster. Therefore, the two MAs were for different indications and were to different dosages.

SPCs based on process claims

It is clear from article 1(c) of the SPC regulation that the basic patent forming the basis of an SPC can be a “process to obtain a product”, but this is complicated by the article 3(a) test of whether “the product is protected by a basic patent in force” which, following the CJEU decision in Medeva v Comptroller General of Patents, Designs and Trade Marks in 2011,requires that the active ingredient that forms the product is “specified in the wording of the claims”.

This was also addressed in the CJEU decision in University of Queensland and CSL v Comptroller General of Patents, Designs and Trade Marks in 2011 where it was held that the product must be “identified in the wording of the claims of that patent as the product deriving from the process in question”.The CJEU went on to say “whether it is possible to obtain the product directly as a result of that process is irrelevant in that regard”.

In France, the Netherlands, Germany and Italy the patent offices will grant SPCs based solely on a process claim. In Spain, where before becoming a signatory to the European Patent Convention chemical and pharmaceutical products as such were not patentable, a significant number of SPCs were granted on the basis of process claims only. In this respect, the protection conferred by such SPCs is limited to the process in the claims of the basic patent.

It therefore seems that for many of the current key questions relating to the grant of SPCs, there is some variance in the practice of national patent offices, even where there is guidance from the CJEU. Unfortunately for rights holders, this means that each case must be considered on its own facts and on a country-by-country basis, at least for the time being.

Simon Spink is an associate at Bristows in London. He can be contacted at: simon.spink@bristows.com

Adrian Chew is an associate at Bristows in London. He can be contacted at: adrian.chew@bristows.com