IP strategy: when sharing is caring 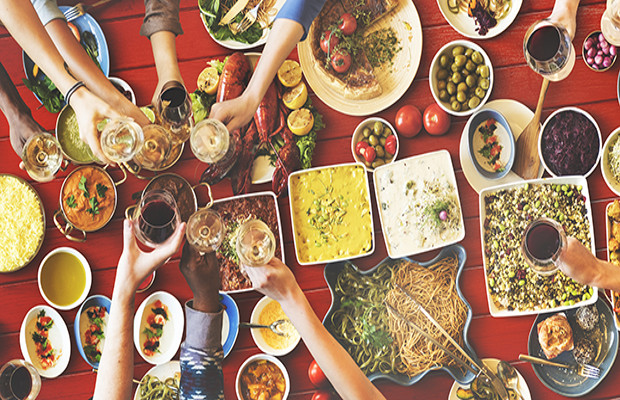 Collaboration and sharing are important goals for Bayer in seeking to protect innovations with IP rights, as Richard Rees explains in an interview with LSIPR.

Collaboration and sharing are important goals for Bayer in seeking to protect innovations with IP rights, as Richard Rees explains in an interview with LSIPR.

In 2016, German life sciences company Bayer spent €4.67 billion ($5.24 billion) on research and development (R&D), up from €2.578 billion in 2007, and the company employs more than 15,000 scientists working on innovations. By the end of the same year, Bayer owned around 50,800 patent applications and patents directed to roughly 5,000 inventions worldwide.

With a large budget for R&D spending (the €4.67 billion was nearly 10% of sales last year) and an impressively large patent portfolio, it’s clear why the Leverkusen-headquartered business is a heavyweight in its field. However, perhaps more important than the facts and figures is the less tangible link between R&D and patent protection, a relationship that has helped with bringing so many innovations to life on the market.

Richard Rees, an R&D fellow at Bayer for 30 years, has published numerous patents and research findings mainly covering plant biochemistry and physiology, but without the guidance of the company’s IP counsel, he says, “none of this would have been possible”.

Rees specialises in the study of plant health, management of abiotic stress (the negative impact of non-living factors on the living organisms in a specific environment) and phenotyping—rather than pharmaceutical drugs, which many would associate with Bayer.

On its website, Bayer says that the growing and increasingly ageing world population requires improved medical care and an adequate supply of food. In this respect, Bayer is seeking to prevent, alleviate and cure diseases and adds that “we are helping to provide a reliable supply of high-quality food, feed and plant-based raw materials”.

According to Rees, there are several steps in the process of internal collaboration. First, the R&D team engages with patent counsel at the outset “to help us scope out the landscape we are interested in developing”. This can include a prior art search on ideas of interest or an extensive analysis into what has been developed and what is fertile ground for development in the research area, he adds.

“New molecular entities and ideas are tested for their novelty in a prior art search very early on in the discovery phase. My team will take that analysis and begin work on what we can consider novel and commercially viable.

“We then get IP counsel involved to help us determine patentability of our ideas, and if there is patentability, we proceed to work on a patent application. We finally interface one last time with patent counsel before we commercialise the product to see if we have freedom to operate before we launch it,” he explains.

As a patent moves through the examination process, quite often “road bumps are hit” where the relevant patent office considers prior art to negate the author’s finding as “surprising” or the proof from the inventor’s experiments comes under question, Rees says. It’s here where patent counsel play “a very strong role” in defending the inventor’s claims, and they often appear before higher level courts to obtain a ruling.

Rees says this process can work only if the R&D and IP teams collaborate cohesively and do not slow down the development process.

“If we are late to commercialise a product and somebody else beats us to market and/or to IP protection then one can waste a lot of time and money. This process can work only if both sides are efficient and timely.”

At Bayer, there is a good working relationship with the IP counsel, Rees argues, adding that the company’s motto is “Science for a Better Life”, which is achieved through “Innovation in Everything We Do”.

The close and important work between the two sides does not end when a patent is approved. Threats of, or actual, infringement are major concerns for many drugs companies, and Bayer is no exception. As Rees notes, if a rival product is suspected of infringement, it will have to be analysed to see if it contains the patented component.

“The patent counsel organise this all in a strict procedure to ensure integrity of custody and analysis. At this point many companies engage outside counsel, which involves much closer cooperation between the inventor scientist and legal counsel.”

This year, the US Court of Appeals for the Federal Circuit rejected Dow Agro Sciences’ petition for a rehearing of the court’s March decision which affirmed a $455 million damages award in favour of Bayer.

In another case, Bayer was defeated in a patent battle against India-based drug companies Alembic Pharmaceuticals and Natco Pharma.

Rees argues that in the past 20 years there has been a dramatic increase in compensation awarded for patent infringement, particularly in the biotechnology field. This increase in litigation has potentially far-reaching consequences, he adds, highlighting that costs to develop new solutions rise and it becomes “ever more difficult” for inventors to bring cutting-edge technology that can be protected.

Looking to the future, Rees says Bayer will have to protect entirely different types of discoveries, particularly in the area of climatology, digital farming, big data and the algorithms around accessing and interpreting that data. Again, he stresses, “I see a very close relationship between IP counsel and the scientists being important to protect the valuable assets of major companies.”

Sharing is clearly the way of the future, he continues, noting that “co-creation” and “collaboration” are the new buzzwords of the industry and have been embraced wholeheartedly by Bayer researchers.

“Gone are the days of the lone inventor at his lab bench; strategic alliances are formed. A life sciences company such as Bayer has entire departments to manage these alliances and to search the world for those hidden gems of ideas.

“Knowledge is shared, as are patent rights, working around the issue of the patent minefields, where inventions intersect, avoiding the explosion of costs from litigation.”

The concepts of collaboration and alliance stretch beyond Bayer’s boundaries. As Rees notes, Bayer’s scientists work alongside other researchers to create new solutions to “solve the world’s problems”.

This has a notable knock-on effect: patent counsel now have to mediate between the interested parties, Rees explains.

“Entire workforces are now brought in to invent using platforms that have been designed to build on the smallest ideas and provide the solutions to challenges posted by the ‘idea champion’,” he says.

“A long list of businesses have turned to this method and they are clearly beginning to show success. In the US, technology markets are strong and investment in life science technology is growing.”

Another area of collaboration is in the classroom, or more specifically, the university classroom. Technology transfer can act as an important way for companies to manage an innovation right from its source—after all, one justification for further education is to channel the highest-level thinking and find practical solutions to problems.

Rees says that university technology offices seek to license their scientists’ innovations to major players in the markets they research. They also require sophisticated patent counsel to ensure robust and secure IP, he says, and as a result, “top-class law firms skilled in advising technology joint ventures, experts in legal entity creation, development agreements and IP counselling have become even more important for the university community”.

Whether it’s internal or external, collaboration is clearly key at Bayer, and if Rees is right, it will be increasingly so in the future