A boom in biotech 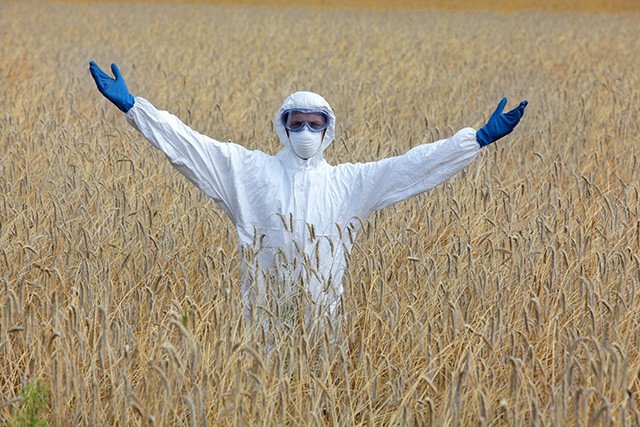 An enormous increase in the number of biotech articles published in Brazil indicates that the area is experiencing strong expansion when considered in the global context, as Gabriel Di Blasi and Marisa Moura Momoli of Di Blasi, Parente & Associados report.

The production of knowledge and innovation by a country is measured by scientific papers and patents. These are important indexes of a country’s technological development.

Changes in the technological development may be the reflection of profound social, economic and political movements in developing countries, as was observed in Japan, South Korea and Taiwan during different moments of the 20th century.

For the purpose of having a better comprehension of the current status of Brazilian knowledge and innovation, some historical tendencies were revised using Brazilian government databases at the Ministry of Science, Technology and Innovation (MCTI).

The categorisation of said scientific productions by research areas showed that strategic sectors, such as medicine, biological/agricultural science and biochemistry, genetics and molecular biology are the main areas responsible for this increase, with a sharp increase starting in 2006.

The huge increase in agricultural science indicates that plant variety protection (PVP) may be an important area for investment in Brazil in the near future.

A brief analysis of patent application filings in Brazil by area has indicated an important increase in pharmacology and pharmacy and computer science fields, which may point to future strategic trends in the Brazilian market.

According to the World Intellectual Property Organization, in 2012 computer technology was considered the fastest growing field of technology in the world, while medical technology was ranked fifth. This means that the main areas in scientific production and patent applications in Brazil are following global trends.

It is noteworthy that the number of scientific articles published in the biotech field increased about 354% from 2000 to 2012 in Brazil and about 70% throughout the world in the same period, according to the MCTI.

This enormous increase in the number of biotech articles published in Brazil indicates that this area is still under development in this country and experiencing strong expansion when considered in the global context.

"IT IS ALSO OF CAPITAL IMPORTANCE TO ENCOURAGE THE ORGANISATION OF CLUSTERS AND LOCAL ARRANGEMENTS FOR INNOVATION IN MANY AREAS OF THE BIOTECH INDUSTRY AND THE PROTECTION OF IP RIGHTS."

There are some aspects responsible for hindering the development of biotech in Brazil such as low interactivity between private companies and government research institutes, high state bureaucracy and legal barriers.

However, according to Rezaie et al (2008), in an article in Nature Biotechnology, the development of biotech in Brazil has successfully increased in recent years, with considerable progress and innovative solutions.

The Brazilian government has adopted concrete measures to strengthen the national innovation capacity in biotech. Although private investment is still much lower than expected, private companies are starting to invest in biotech, complementing the public sector’s efforts. It is important to stress the role of start-ups financed by venture capital in the dissemination of scientific knowledge from research institutions to industry.

Some countries that have had success in biotech establishment, such as the US, have made and still make large investments in research and development, with the availability of large public funds to scientific and technological development complementing the existence of private capital and supporting not only development, but the research itself.

Besides that, they encourage universities and research institutes to take advantage of commercial discoveries and invest in establishing a strong legal system, not to mention the investment in the training of skilled workers and strengthening of the capital and intellectual property market.

Other important measures are the articulation of cooperative networks between industry and university, intensifying the flow of information resulting from research and development and boosting the development of production to marketing. It is also of capital importance to encourage the organisation of clusters and local arrangements for innovation in many areas of the biotech industry and the protection of IP rights.

These are key strategies to be applied to Brazil in order to increase its biotech development.

An additional strategy could be the encouragement of patent protection of biotech products in order to attract foreign venture capital and therefore allow the formation of international alliances. The INPI has implemented new biotech guidelines for patent applications, which is an important step towards standardising the analysis performed by the office and reducing its backlog.

It is clear that Brazil has experienced a strong increase  in its academic and innovative activities in the last few decades. In practice, what is observed in Brazil is that biotech is a promising field full of opportunities but still little explored by private capital.

Gabriel Di Blasi is an industrial engineer, industrial property agent and lawyer at Di Blasi, Parente & Associados. His practice covers prosecution and litigation focused on domestic and international IP law, including patents, designs, trade secrets, and protection of plant varieties. He can be contacted at: gabriel.diblasi@diblasi.com.br

Marisa Moura Momoli is a biologist and patent agent at Di Blasi, Parente & Associados. Momoli focuses on prior art search and preparation of technical opinions and patent disclosures. She also has experience with plant varieties and patents related to food and drugs. She can be contacted at: marisa.momoli@diblasi.com.br