A growing business: soybeans in Brazil 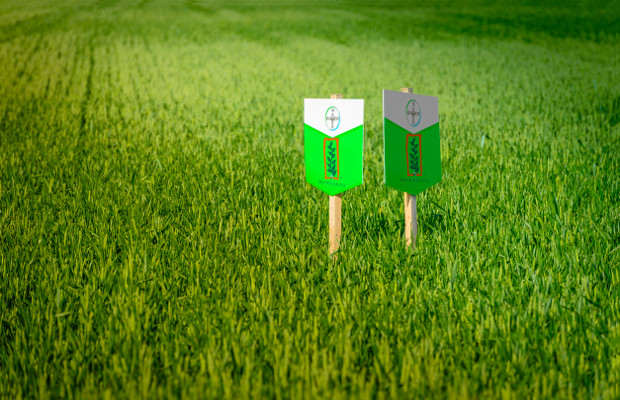 Research and development, strong IP rights and good international relations are all factors in Brazil’s rise as a soybean-producing powerhouse, as Gabriel Di Blasi and Matheus Gil do Amaral of Di Blasi Parente & Associados report.

A new chapter is emerging in the trade tensions between the US and Chinese governments. The US declared tariffs on $50 billion worth of imported Chinese goods. In turn, China announced plans to counter the US by imposing additional tariffs of 25% on 106 American products from 14 separate categories—including soybeans, cars and chemical products—imported from China.

American farmers were particularly concerned by China’s retaliation against soybeans imported from the US, since China is their largest customer. According to the US Department of Agriculture, China was the US’s largest buyer last year, consuming upwards of $12.3 billion-worth of American soybeans.

However, in 2018 Brazil—currently the second largest soybean producer in the world after the US—has surpassed the US as the largest exporter of soybeans to China, and the potential for Chinese retaliation against American beans may open even more space for Brazil’s soybeans to reach the huge Chinese market.

Aside from the evident benefits that Brazilian soybean producers may gain should the US and China continue to escalate trade tensions, other aspects may explain how Brazil has overtaken the US as the largest exporter of soybeans to China .

First, due to warmer weather, Brazilian beans are slightly richer in protein than those in the US. This is very aligned with China’s interests, since Chinese companies buy raw beans from producers to crush them up and use as a protein source in animal feed, improving the quality of Chinese pig herds.

In addition to the natural characteristics of Brazilian soybeans, another relevant aspect that helped Brazilian soybean producers to boost their share in the global soy market is the ongoing research and development of new technical solutions leading to even more improvement in crop quality and quantity.

This commitment is showing results, and agricultural forecasters in Brazil predict current soybean crop for the 2017/2018 season to surpass 110 million tonnes, the second largest in history, due to the combination of favourable weather conditions and new technologies.

The role of IP

In order to strengthen the country’s position against its global competitors, especially to support the growing demand from the Chinese market, Brazil provides legal protection for technical knowledge generated by Brazilian and foreign researchers which is later shared with local producers in the soybean production field.

IP rights have a decisive role for securing such technical knowledge, and the system in Brazil provides reliable IP support to innovative companies and their value-adding creations.

In this regard, Brazil is party to the main multilateral agreements concerning IP that offer minimum standards and rules for protecting it such as the TRIPS Agreement, the Paris Convention, the Patent Cooperation Treaty, and others.

The Brazilian Industrial Property Law also regulates the matter and provides protection for traditional IP rights—patents, industrial designs and trademarks—and enables the economic exploitation of such rights through technology transfer contracts such as patent licensing and know-how agreements.

However, the IP Law stipulates that natural living beings, in whole or in part, as well as any biological material, when found in nature or isolated, cannot be protected by patents (the only exception is for transgenic microorganisms).

When it comes specifically to soybean production, although plant varieties are not patentable according to the IP Law, they may be protected under the Brazilian Plant Variety Protection (PVP) Law, which has incorporated the provisions of the 1978 revisions to the International Union for the Protection of New Varieties of Plants (UPOV) Convention.

The PVP Law grants protection to new plant varieties for a 15-year term counted from the granting of the provisional protection certificate, except for grapevines, fruit, forest and ornamental trees, whose term of protection lasts 18 years. The Brazilian Ministry of Agriculture is responsible for granting the PVP certificate.

During the certificate’s period of validity, only those with consent from the titleholder are authorised to produce the plant variety propagation material for sale purposes, as well as selling or offering it for sale.

Therefore, even though plant varieties are not subject to patent protection under the IP Law, the property rights over those creations for agribusinesses, particularly in the soybean market, are guaranteed by specific regulations provided by the PVP Law.

In addition, the Brazilian Law on Access Benefit Sharing (ABS, Law Nº 13.123, from May 20, 2015), also called the Brazilian Law of Biodiversity, which entered into force in Brazil on November 17, 2015, provides for access to genetic heritage, on protection and access to associated traditional knowledge and benefit-sharing for conservation and sustainable use of biodiversity.

Given that Brazil is one of the most biodiverse countries in the world—the number of known plant, animal and fungi species in the country already surpasses 200,000 and only 11% of its biodiversity is thought to have been surveyed—the modernisation of the Brazilian ABS System was an old concern that has finally been addressed by the country’s authorities.

Under the new law, access to genetic heritage does not require prior informed consent, but is subject to an electronic registration system (referred to as SisGen). Companies conducting access to genetic heritage must declare and provide details of the activities, information and materials involved. The same approach applies to traditional knowledge, in cases where such knowledge does not have an identifiable origin.

Therefore, now it is possible to develop new technologies involving genetic heritage without a prior procedure. However, registration must have taken place prior to sending samples abroad, applying for IP rights, commercialising intermediate or final products, or publishing research results. Also, foreign companies and institutions may conduct such research and development only in partnership with local institutions.

All this recent legal modernisation is important for Brazilian producers to continue innovating and developing new technologies in the soybean market, as well as for producers around the world interested in licensing their own technologies to Brazilian producers, given that Brazil needs to improve its productive capacity to meet the increasing demand from other countries.

The prospective US and China trade war, and the Brazilian bean crop quality, as well as the technology developed and secured via the Brazilian IP system, may further affect Chinese plans to retaliate against American soybeans and consolidate Brazil as its main soybean supplier.

Gabriel Di Blasi is managing partner at Di Blasi Parente & Associados. He can be contacted at: gabriel.diblasi@diblasi.com.br

Matheus Gil do Amaral is an IP attorney at law at Di Blasi Parente & Associados. He can be contacted at: diblasi@diblasi.com.br