A helping hand for rare diseases 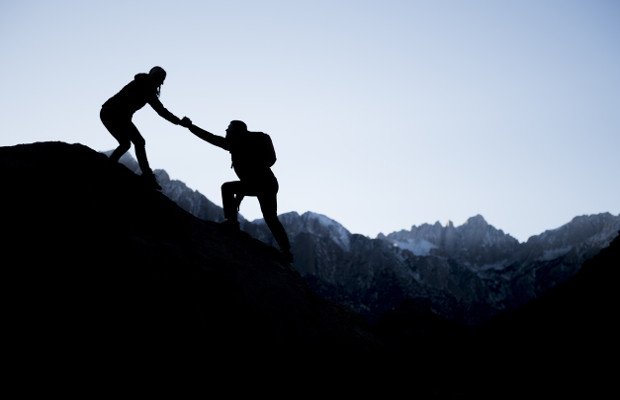 Companies researching and commercialising drugs for rare diseases face unusual challenges in protecting their inventions, as Michael Yamauchi, director and patent counsel at Alexion Pharmaceuticals, tells LSIPR in an interview.

Michael Yamauchi has more than a decade of experience as a patent prosecutor in the life sciences sector. At Alexion Pharmaceuticals, based in the US, his work relates exclusively to biologics.

He explains that the judicial attitude towards patent protection is changing, but it’s a slow process and, due to eligibility requirements, many innovations end up without protection as a result of this ‘anti-patent’ stance.

“The ODA incentivised companies by allowing them to make a profit, therefore encouraging them to develop new treatments.”

As a company specialising in rare diseases, Alexion has a particularly strong need to protect innovation and research, arguably more so than other pharmaceutical companies.

“The very nature of these diseases poses additional issues compared to other disease companies,” Yamauchi explains.

Michael Yamauchi will be speaking on the topic of protecting biologic patents at the Life Sciences Patent Network North America event in Boston on April 26.

By focusing on treatments and therapies for rare diseases, the protection strategy for new innovations has many elements and involves many people. To best protect the company’s research and ideas, it’s essential to work closely with the people actually developing the treatments.

“To the extent that I conduct patent prosecution, I work intimately with researchers,” Yamauchi explains.

He goes on to say that in his experience the courts’ anti-patent stance doesn’t tend to hold back research efforts, but it is definitely affecting where the money goes.

The patent eligibility requirement of written description means that an idea has to be well developed before it can be protected, and that can cause problems with financing, according to Yamauchi.

“That’s where the challenge really is,” he says, adding that it’s tricky to persuade funders to support development which will ideally lead to a patent application and registration, when the idea in its initial state is lacking protection.

“It’s one of the first times that there are really clear instances of an innovation not being protected.

“You really have to build a story about patent eligibility,” he adds.

With regard to striking a balance between bringing an innovation to the market and actually paying for it, Yamauchi says “it’s difficult to look at that innovation and put a cost on it”. He adds that what gets lost in balancing considerations like this is the big picture: having products that work.

He explains that the US Orphan Drug Act (ODA) of 1983 addresses this balancing act in the sphere of rare diseases, where the cost issue is often most prominent. The ODA seeks to facilitate the development of drugs for rare diseases by allowing those developing treatments to qualify for certain benefits, such as reduced taxes, enhanced patent protection, and clinical research subsidies.

It incentivises companies to find cures, which was previously seen as a commercially untenable goal. Before the ODA, focusing on treatments for common diseases was preferable in order to maximise the chance of recovering research costs and ultimately generate money from the many people affected by common diseases, rather than the few impacted by rare ones.

Treatments for rare diseases generally end up being highly priced and, due to the rarity of the ailments they address, they’re needed by only a very small segment of the population. Yamauchi explains that companies struggle to invest in expensive therapies that will only be needed by some and won’t make any money.

Yamauchi notes that unmet needs for treatments for rare diseases are now being addressed, very successfully in some cases, but that it does come at a financial cost.

“It’s really a question of where you allocate resources,” he explains, as companies can’t develop cures altruistically—many are beholden to shareholders, they need to make a profit.

That’s where the ODA works “gloriously”, according to Yamauchi. The courts may have an anti-patent stance but those developing orphan drugs may well be eligible for enhanced patent protection under the legislation—as well as market exclusivity for a period, to incentivise initial investment.

“The ODA incentivised companies by allowing them to make a profit, therefore encouraging them to develop new treatments,” says Yamauchi.

“If the ODA wasn’t there, there wouldn’t be a debate about expensive therapies at all. It identified the need to address the diseases, and in that way has been tremendously successful as there are a lot of new therapies out there. But it comes at a financial cost.

“What we have is an industry where the low-hanging fruit has been grabbed.”

It’s easy to focus on the fact that people living longer means more challenges ahead for life sciences and medicine, but in reality people are living longer due to improvements in the tech and pharma industry, he says. Yamauchi believes that “improved treatments and devices have a direct correlation to a longer life span”.

Aspiring to bring to the market medicines and therapies which are affordable is fine, but it doesn’t reflect reality, he says.

“If there were cheap ways to develop certain drugs where companies could make a profit, they would have done it already,” he concludes.

Michael Yamauchi will be speaking on the topic of protecting biologic patents at the Life Sciences Patent Network North America event in Boston on April 26.

To find out more and register for the event click here. Early-bird tickets are available until February 23.