A proud history of innovation 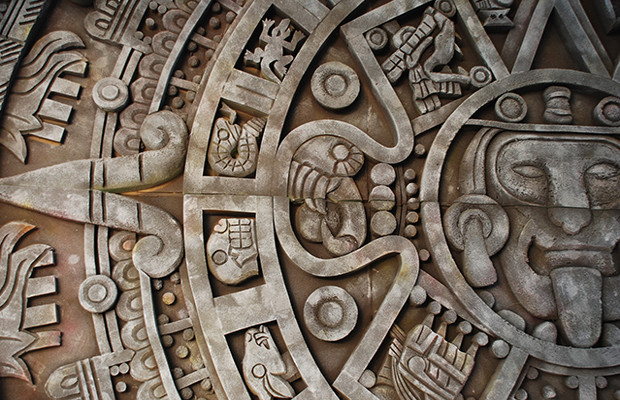 IP and innovation in Mexico has come a long way, and the country’s part in international trade treaties will provide further great opportunities, says Nuria Becerril of Becerril, Coca & Becerril.

Mexico has had an important history in terms of its role in global innovation and the generation of technology since the 18th century. In the Porfiriato, the period between 1876 and 1910 when Porfirio Díaz was president of Mexico, the construction of the railway network throughout the country brought foreign investment. Science and technology were able to develop, and culture, music and the arts flourished in all their splendour. Progress in the Mexican industrial sector was supported by a healthy intellectual property rights system.

However, during the Mexican revolution (1910 to 1917) industry and the economy suffered due to the destruction of production chains, but it also provided a platform on which the population gathered, worked together and defied the disaster.

There was an absolute drop in the agricultural, stock breeders, mining, and industry sectors’ production volumes. However, US commercial transactions increased despite European foreign investment diminishing. The pattern of commercial transactions bonded Mexico’s economy with North America’s. Unionism appeared as an approach to socialism. After the new 1917 Mexican Constitution was shaped, which marked the end of the conflict, the Mexican economy began to recuperate, but made itself very dependent on what happened in the US. In the period 1918 to 1940, relations between Mexican external commerce and its internal production remained stable. After 1940, Mexico began a period of sustained growth, which supported and caused the change to the formation of a modern and industrialised nation.

At the end of the 1960s, President Luis Echeverría created the National Council on Science and Technology in order that the work and research of that organisation sustained and acted as a platform for generation of every technology Mexico required. The Law of Inventions and Trademarks established that pharmaceutical and chemical products were permitted only to receive a certificate of invention, which meant that foreign investment stayed out of the country, causing Mexico to enter a technology gap, which has been very difficult to cope with until today.

President Salinas (1988 to 1994) faced many economic problems in Mexico, but thanks to a modernisation programme he revamped Mexico’s economy, stimulating imports and exports and promoting free trade agreements between nations.

Mexico signed the North America Free Trade Agreement (NAFTA) with Canada and the US on December 17, 1992. The treaty entered into force on January 1, 1994. The trade of goods between these countries reached $946.1 million in 2008. To date, it has more than tripled. In 2012, the trilateral trade deal generated $1.056 billion. The benefit of making trade agreements was perfectly exemplified.

With the coming into force of the Trans-Pacific Partnership (TPP) agreement on February 3, 2016, a large number of countries, Mexico included, are participating in a global alliance with no precedent. This agreement is the most important that Mexico has subscribed to since NAFTA.

The confirmation of this alliance took many years to be a win-win regarding commercial alliances and access to new markets for every one of the countries subscribed to this international treaty, which represents 40% of global GDP, a market of 800 million people and more than $295 billion in net profits for the 12 countries that are members of the treaty.

"Mexico represents now, more than ever, a safe harbour to foreign investment in the manufacture of pharmaceuticals for medical treatments."

There were many aspects that were analysed in order to harmonise them so they could be beneficial to every member of the treaty. There are chapters on imports and exports, negotiation on which was crucial depending on the product that was being covered. There is also an IP chapter, which was exhaustively and thoroughly analysed and which required that all members of the treaty harmonise their IP regulations.

Many benefits are being expected for Mexico derived from its participation as a member of the TPP. Among others, it would be expected that the export revenue would reach more than $150 billion in the automotive, electric, electronic, steel, agri-industrial, chemical, and pharmaceutical sectors. As well, new business opportunities are open in the Asian-Pacific region: Australia, Brunei, Malaysia, New Zealand, Singapore and Vietnam.

This alliance will also favour a preferential access to the markets of Perú and Chile (Trans-Pacific Alliance), and will strengthen and promote commercial negotiations with Japan.

The US and Canada production chains with Mexico will be strengthened and integrated. This agreement is focused on converting North America (US, Canada and Mexico) into the most competitive region of the world.

Is Mexico prepared for the task? Many people would ask themselves this question, considering that regarding generation of technology—measured by patent production—it is not at the level of a developed country.

The road to development

It could be thought that the TPP caught Mexico by surprise, but this is not the case. Mexico’s road to development has been helped by governmental programmes directed to promote the generation of technology since a decade ago. The last presidency introduced the Pro Mexico plan, which will end in 2018. It repeats the strategies for promoting investment in science and technology of former development plans, therefore creating an atmosphere of innovation.

This concept is included and it is an objective of every governmental plan in strategic states and cities, such as Baja California, Jalisco, Guanajuato, and Queretaro, where there are measures to promote innovation and generation of technology clusters as platforms for applying innovation to technology. New technology clusters are being formed in the San Luis Potosi, Puebla and Hidalgo states, which were not traditionally technology focused.

All these changes are supported by historical reforms in the Mexican laws and regulations regarding fiscal, working, economic, financial aspects and in academic and industrial sectors.

The development of the pharmaceutical sector in Mexico is particularly important. Mexico represents now, more than ever, a safe harbour to foreign investment in the manufacture of pharmaceuticals for medical treatments.

Regarding the protection of IP rights related to medicines, Mexico has one of the strongest structures for enforcement and protection of IP rights. After significant reforms of the General Health Law and the General Supplies Law, supported by NAFTA and the TPP, the process of releasing of new pharmaceutical molecules as well as generic versions of medicines, including biosimilars, which completely comply with international and national regulations, is a reality today.

Mexico is working hard to build a structure that can sustain the gradual progression of becoming a country that generates technology from the academic, the private and the governmental business sectors through the formation of startups and convert this technology into a source of economic resources, creation of jobs, and a rich offer of exportable supplies. Mexico now has a great opportunity to scale its economy. The word in Mexico now is innovation.

Nuria Becerril is a partner at Becerril, Coca & Becerril. She is responsible for coordinating and executing legal marketing, social networking and public relations strategies for the promotion of the firm. She can be contacted at: rbecerril@bcb.com.mx