Agri-patents: The battle of the seeds 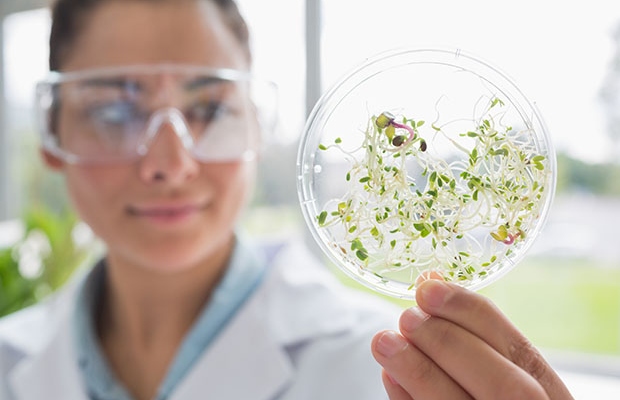 An upcoming case on the patent eligibility of genetically modified seed in India will have far-reaching ramifications, as Archana Shankar and Gitika Suri of Anand & Anand explain.

Monsanto’s legal battle with Indian seed companies is one of the most closely-monitored patent disputes in India. The issues in this dispute revolve around patenting artificially-created gene sequences for the agri-biotech industry, and its outcome will have ramifications for the entire biotech industry. How India finally fares on patent enforcement will be decided by the courts in this dispute.

Monsanto Technology, Monsanto Holdings and Mahyco Monsanto Biotech (India) (Monsanto) filed a suit for infringement and passing off against three Indian seed companies: Nuziveedu Seeds, Prabhat Agri Biotech and Pravardhan Seeds, on the grounds that the seed companies were continuing to “market and sell” genetically modified hybrid cotton planting seeds despite the termination of the sublicence agreements between the parties, alleging violation of patent rights covered by Monsanto’s registered patent (IN 214436) and also its trademarks, ‘Bollgard’ and ‘Bollgard II’.

The single judge of the Delhi High Court (DHC) in March 2017 ruled that Monsanto’s termination of its sublicence agreement with the seed companies was illegal and arbitrary. The court reinstated the agreement and directed payment of a trait fee (royalty for use of the seeds) to Monsanto for the use of the patent and trademarks in suit, in accordance with the prevalent local laws in force.

"In the case of Monsanto’s patent, the introduction of specific patented genes into the cotton genome cannot occur naturally and took place only due to human intervention."

Appeals and cross-appeals were filed against the decision. While deciding these appeals the division bench of the DHC held that the patented subject matter falls within the exclusion in section 3(j) of the Patents Act. Monsanto’s suit, to the extent it sought enforcement of the patent, was also revoked.

In January 2019, as a relief to Monsanto and researchers in the field of biotechnology, the Supreme Court (SC) set aside the rulings of the DHC division bench. The SC judgment said that summary adjudication of a technically complex suit requiring expert evidence, at the stage of injunction, in the manner done by the DHC, was neither desirable nor permissible in law. The complicated mixed questions of law and facts regarding patentability should have been determined on basis of evidence.

The SC felt that the division bench ought to have confined itself to the examination of the validity of the order granted and not get into the complex issue of patent eligibility which required evidence. The SC directed the single judge to determine patentability and patent eligibility after trial.

Monsanto’s patent 214436 is aimed at developing an artificially-constructed nucleic acid sequence, a DNA construct that exhibits a commercial utility when transferred into a plant genome resulting in production of an insect-resistant protein that is specifically compartmentalised in the plastids of the plant cells.

The patent also relates to a method for incorporation of the nucleic acid sequence in a plant to achieve effective control of target insects. The method introduces this artificially-generated nucleic acid in a plant and produces a change in the plant
that makes the plant insect-resistant due to production of an endotoxin.

On the technology front, the inventors of the patent combined three different gene elements: (i) a promoter, that allows other chemically linked segments in the recombinant DNA molecule to be expressed; (ii) the gene encoding for the Cry2Ab protein (the endotoxin produced by Bacillus thuringiensis, which is toxic to pests); and (iii) the gene encoding for the plastid transit peptide (PTP) or what the patentee called “the ticket”, to localise the Cry2Ab protein in the plastid of a plant cell.

After a lot of research and experimentation, the inventors observed that when the gene encoding for the Cry2Ab protein alone was used as part of the DNA construct, the plants obtained were stunted, sickly and not economically useful, in contrast to when it was tagged to a gene encoding a ticket. By using these three elements, the recombinant DNA molecule produced could help to obtain plants with good vigour and an effective ability to produce insecticidal proteins, which were not stunted or sickly.

Section 3(j) of the Indian Patents Act, the section based on which the division bench of the DHC considered the artificially-created DNA as patent-ineligible, considers plants and animals in whole or any part thereof (other than micro-organisms) but including seeds, varieties and species, and essentially biological processes for production or propagation of plants and animals, to be patent-ineligible.

The division bench of the DHC was of the opinion that as the DNA containing the patented genetic sequence was finally hybridised to produce the transgenic plant (its end commercial use), the resultant invention could be protected only under
the Plant Variety Act, and that the process of creation of such transgenic plants is excluded from patentability because it is an “essentially biological process”, which is also proscribed under section 3(j).

A chemical compound created in lab may have various applications: it may be used as an insecticide, a pesticide, a drug, a vaccine, etc. The end commercial use of a chemical compound may be in a method of agriculture or method of treatment, both of which are considered patent-ineligible, but the end use has never been considered to determine their patent eligibility or ineligibility.

Can these criteria be different for a larger chemical compound, such as DNA, or RNA, or a protein? Can two artificially-created chemicals be subject to different fates before the patent office based on their commercial utility, which in fact may not have been fully determined during prosecution? The single judge will have to determine whether the fact that DNA’s commercial utility would be inside a living plant, and that it will have the power to self-replicate and make copies of its DNA, renders it patent-ineligible

Again, the transfer of genes, replication, etc, can take place naturally, but in the case of Monsanto’s patent, the introduction of specific patented genes into the cotton genome cannot occur naturally and took place only due to human intervention. Going by how the Indian Patent Office and the European Patent Office interpret the term “essentially biological process”, this covers only those processes that take place naturally without any human intervention. Would it therefore be appropriate for the trial court to declare Monsanto’s process to be an “essentially biological process”?

It is hard to predict at this stage what principles of claim construction the trial court will adopt. However, it is hoped that the decision won’t suppress biotechnological innovation. The B. thuringiensis technology has revolutionised the cotton industry in India, and technologies like these and others in the pipeline need some encouragement.

As far as the safety and efficacy of such genetic engineering technology-based products are concerned, which has also been a cause of concern in the proceedings, it should be noted that other government agencies such as the Drug Controller General of India and the Genetic Engineering Appraisal Committee exist to consider those issues.

Archana Shanker is senior partner and head of patents at Anand and Anand. She has more than 25 years of patent experience in prosecution and litigation, and provides strategic counselling to her clients. She can be contacted at: archana@anandandanand.com

Gitika Suri is a biotechnology engineer trained in the field of biostatistics, microbiology, plant tissue culture, immunology and immunodiagnostics. A registered patent agent and lawyer, she has been involved in patent drafting, filing and prosecution, opposition matters, and contentious proceedings. She can be contacted at: gitika@anandandanand.com