Arrow declarations: striking at the heart of commercial uncertainty 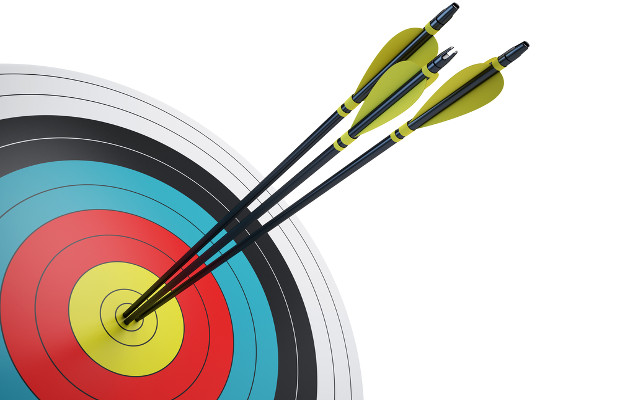 To overcome a crowded patent market, a potential solution is to seek a declaration of obviousness, which has a basis in UK law stemming from Arrow Generics v Merck. Richard Roberts of Potter Clarkson reports.

Third-party patents present a significant threat to parties seeking to enter the pharmaceuticals market. Often, such challenges may be addressed by undertaking searches to identify specific threats and, where such threats exist, taking action to design around the patent(s); seeking confirmation from the patentee (or a court) that the product or process in question does not infringe; or, if necessary, clearing the way by initiating opposition and/or revocation proceedings against patents of questionable validity.

If none of the above options is available, this may simply be the consequence of a properly functioning patent system, potentially requiring consideration of other routes to market, such as taking a licence from the patent owner.

In some situations, however, the issue is more complex. Difficulties arise, for example, where the:

One, often overlooked, solution to the above problem may lie in seeking a declaration from the English courts that the product/process in question would have been obvious to the skilled person at a given date (that date, corresponding with the earliest priority date identified in the third-party patent of concern, being the “obviousness date”).

On making such a declaration, it follows that the product/process in question cannot then infringe a valid claim of any patent with a priority date after the obviousness date. By focusing in this manner on what a business intends to do rather than what third parties might be able to prevent, it may be possible to achieve significant comfort in the form of a declaration that will present a barrier to any third party seeking to assert its rights in the future.

Moreover, while such a declaration would be directly binding only in the UK, given the factual nature of the analysis, it could be persuasive in other jurisdictions. Such a declaration is also particularly useful where there are patent applications pending, the final form of whose claims is not settled.

The English High Court’s jurisdiction to grant a declaration of obviousness (DoO) was considered in Arrow Generics v Merck in 2007.

In Arrow, the defendant was the proprietor of European patent number EP (UK) 0998292. The patent was directed to treating osteoporosis patients with 70mg of alendronate once a week rather than 10mg once a day. The claimant had previously brought proceedings to revoke that patent in the UK and thereby clear the way for its own product. The patent was revoked by the UK court on the grounds of lack of novelty and obviousness.

Subsequently, the European patent was also revoked by the European Patent Office (EPO) but on the narrower grounds of added matter. However, before the patent’s revocation, the defendant had filed a number of divisional applications. One of these (which later became EP 1175904) included a Swiss-type claim to the same key idea as the ‘292 patent.

The ‘904 application had originally designated the UK, but immediately before publication of its grant in the European Patent Bulletin, the defendant withdrew this designation. The defendant made it clear that it intended to take action against the claimant in relation to its product in other European countries, not including the UK.

“The jurisdiction of the court to give a declaration of obviousness constitutes an important, and potentially far-reaching, tool for businesses.”

The court considered that such a declaration would serve a valuable commercial purpose. In parallel proceedings taking place in the Netherlands, the court endorsed the High Court’s ruling and declared that the generic product was obvious at the priority date.

The decision in Arrow was followed in Fujifilm v AbbVie, the first judgment ofwhich was handed down on March 1, 2016. Here, the court rejected arguments that Arrow was wrongly decided.

This case involves a dispute between a joint venture of Fujifilm and Kyowa Hakko Kirin (FKB) with those parties seeking to clear the path to market a biosimilar version of AbbVie’s patented Humira (adalimumab) product. Endorsing Arrow, the court stated that if there were no jurisdiction to grant declarations in the manner sought, it would be impossible for parties wishing to clear the way for the launch of a product to do so without facing years of uncertainty. The court then listed a number of factors relevant to the exercise of the court’s discretion in granting such relief. The factors to be considered were as follows:

Following the above judgment, the High Court considered a second attempt by AbbVie to summarily defeat Fujifilm’s application for declaratory relief, on this occasion directed at a family of secondary patent applications in AbbVie’s Humira portfolio. The judgment in this case was handed down on September 8, 2016. This time, Fujifilm’s case went one step further, coupling its application for a DoO with an associated request to amend its pleadings to include an injunction to restrain AbbVie from threatening or commencing proceedings for patent infringement against acts covered by the DoO.

The court restated the reasoning in its earlier decision between the same parties and refused to strike out Fujifilm’s application. The court also held that Fujifilm had a real prospect of obtaining an injunction against AbbVie to restrain threats of infringement.

In conclusion, the jurisdiction of the court to give a DoO constitutes an important, and potentially far-reaching, tool for businesses seeking to obtain comfort in advance of launching a new medicament.

The decision in Fujifilm is currently the subject of an appeal, the hearing of which is set to be heard on November 29 to 30, 2016. It will be interesting to see whether this extremely useful form of relief remains open to litigants after that time.

Richard Roberts is a partner at Potter Clarkson. He can be contacted at: richard.roberts@potterclarkson.com