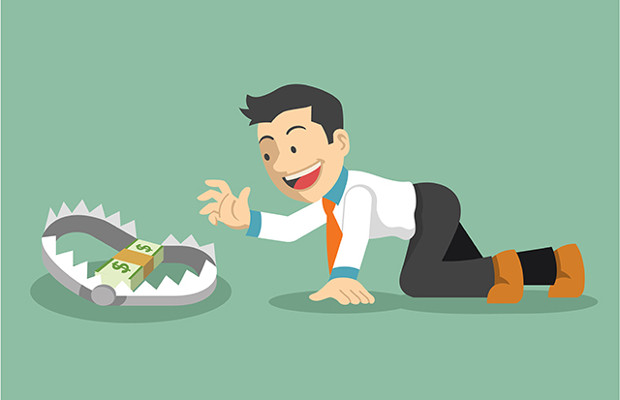 The UK Intellectual Property Office has issued a favourable decision on an SPC for an “innovative” combination product. David Carling and Michael Pears of Potter Clarkson explain the reasoning and examine its implications.

Supplementary protection certificates (SPCs) are national rights in Europe that extend patent protection for medicinal and plant protection products. Their aim is to compensate patentees for the years of patent term lost during lengthy regulatory approval processes that are necessary to get such products to market. Given that up to five-and-a-half years of additional protection can be gained beyond patent expiry, SPCs are often hard fought over before patent offices and courts.

Two rulings from the Court of Justice of the European Union (CJEU) have attempted to clarify the circumstances under which multiple SPCs can be granted based on the same basic patent under article 3(c) of the SPC regulation (Regulation [EC] No 469/2009). These are C-443/12 (Actavis v Sanofi) and C-577/13 (Boehringer v UK Intellectual Property Office).

The rulings have now been considered by the UK Intellectual Property Office (IPO) in decision BL O/117/16 in connection with an SPC application filed by Merck Sharp & Dohme (MSD) for a combination product containing ezetimibe and atorvastatin.

In Actavis, the CJEU decided that when a basic patent protects both a first active ingredient, A, and the combination of that active ingredient with another, B, and an SPC has been granted for A on the basis of a relevant MA, article 3(c) precludes the granting of an SPC for A + B under the same basic patent on the basis of a subsequent MA for A + B where B “is not protected as such by the patent”. Although the meaning of the phrase “protected as such” was not fully elaborated, the court suggested that substances that are referred to in claims using general terms (eg “diuretic”) are not necessarily “protected as such” by the patent.

In Boehringer, the CJEU decided that it is not possible under article 3(c) to get an SPC for a combination of active ingredients, A + B, based on a MA for A + B when A “constitutes the sole subject matter of the invention” and an SPC has already been granted for A.

MSD now sought an SPC for the combination of ezetimibe and atorvastatin (Atozet). Two earlier granted SPCs existed relying on the same patent: (i) SPC/GB03/023 for ezetimibe (Ezetrol); and (ii) SPC/GB05/010 for ezetimibe and simvastatin (Inegy). These earlier SPCs were granted before the decisions in Actavis and Boehringer were handed down.

The issues before the IPO were first whether it was sufficient for the SPC application to be filed only with the ‘end of procedure’ communication documents as part of the decentralised authorisation procedure rather than the final MA, and second whether a further SPC could be granted given the existence of earlier SPCs.

The SPC application for the combination of ezetimibe and atorvastatin was refused under article 3(b) on the grounds that the applicant had not been awarded a valid MA by the date on which the SPC application was filed. In other words, the initial approval documents were not sufficient; rather, an actual authorisation had to have been granted by the filing date of the SPC.

However, in case the conclusion on article 3(b) was found to be wrong, the IPO considered the requirements of article 3(c) and found that they were met. This was because the combination of ezetimibe and atorvastatin was considered “protected as such” by the basic patent and fell within the core inventive advance disclosed in the basic patent.

Our analysis considers only the conclusions reached on article 3(c).

Actavis and Boehringer both make it clear that the SPC legislation requires that the product is protected “as such” by the basic patent. However, the court’s comments suggest that this requires something more than simple compliance with article 3(a) given its statement in Boehringer that an active ingredient must constitute the subject matter of the invention covered by a basic patent in order for the active ingredient to be protected “as such” by that patent.

“The decision to allow multiple SPCs relating to both single and combination products based on a single patent will surely be welcomed by many innovators and patent owners.”

It remains to be seen to what extent patentees will be given similar opportunities before other national patent offices to present arguments and evidence to demonstrate that a combination of active ingredients is an “innovative combination” for SPC purposes. Given that not all national patent offices are experienced in making determinations on inventive step for patent applications, it is conceivable that they will reach different conclusions on SPC eligibility for such combination products even when provided with the same arguments and evidence.

The hearing officer distinguished the facts of the present case from those of Actavis and Boehringer on the basis that the combination could not be considered to involve a further component that was well-known in the art at the priority date for achieving a relevant therapeutic effect. The combination is innovative for reasons that are not wholly associated with just one component of the combination. This conclusion appears to stem from the evidence provided (via witness statements) showing that the introduction of ezetimibe in combination with statins gave a notable further improvement to the known available treatment therapies, eg, by enabling the use of lower statin doses.

Based on this, the hearing officer found that the combination was part of the subject matter of the invention and is protected as such by the basic patent.

In cases where such evidence is not available or might not be considered by a national patent office, would the patentee benefit from a filing strategy in which combination therapies and monotherapies are pursued in separate divisional applications, or in separately filed applications?

The decisions in Actavis and Boehringer do after all focus on situations in which multiple SPCs are based on the same basic patent. Leaving aside potential competition issues concerning divisional filing strategies, the authors believe that such strategies may not be sufficient to circumvent this problem. In Actavis, the CJEU stated that each separate patent can confer entitlement to a new SPC only insofar as the combination represents “a totally separate innovation”.

In principle, this could mean that the claims of parent and divisional patents would need to be examined by the national patent offices to determine whether the relevant products are “totally separate innovations” for SPC purposes, similar to the assessment of double patenting that is made for continuation and divisional applications at the US Patent and Trademark Office.

Innovators that work with novel medicines which may also be useful as part of a combination may be able to strengthen their position for seeking SPCs by providing a discussion in the original specification outlining why the combinations are separately inventive. Alternatively, applicants could file evidence (particularly evidence which is already in the public domain) supporting the patentability of combination product claims during the prosecution of a European patent application. These actions may make it easier for national patent offices to recognise a separate invention when examining SPC applications.

On indirect infringement, the IPO examiner had previously pointed out that, as an SPC to ezetimibe had already been granted to MSD in the UK, the granting of an SPC for the combination would provide additional protection for ezetimibe. More importantly, in Actavis, the CJEU explicitly noted (in obiter comments) the potential for indirect infringement to arise under national laws, and concluded that “in terms of the extension of protection, the situation outlined above confirms that an SPC such as the second SPC at issue in the main proceedings cannot be issued”. This issue was not directly addressed by the hearing officer.

The decision to allow multiple SPCs relating to both single and combination products based on a single patent will surely be welcomed by many innovators and patent owners. However, the suggestion that it is necessary to analyse the innovative aspects of the combination product will bring about additional complexity for patentees seeking SPCs for such products, and it will inevitably increase the examination burden for national patent offices in a manner unlike anything previously experienced for SPC applications.

Michael Pears is a partner at Potter Clarkson. He can be contacted at: michael.pears@potterclarkson.com

David Carling is a senior associate at Potter Clarkson. He can be contacted at: david.carling@potterclarkson.com