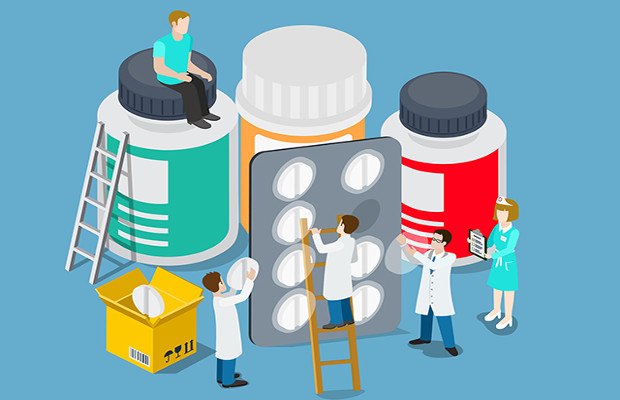 The biotech industry on both sides of the Atlantic is facing serious challenges in protecting its inventions, argues Nathalie Moll, secretary general of EuropaBio, which is organising a discussion on the topic at the 2016 BIO International Convention in San Francisco.

Effective patent protection is one of the key drivers of the research-intensive high-tech biotechnology sector (including start-ups and small and medium-sized enterprises), which stands out as one of the global industries with the highest percentage of sales re-invested in research and development.

Without the prospect of a reasonable return on their investments, biotech companies in the sectors of healthcare, agriculture and industry would not be in a position to bear the substantial costs of developing cutting-edge innovations. Against this backdrop, alarm bells on both sides of the Atlantic are currently ringing. Their implications will be discussed in depth in a key session on IP from 3:30pm on Wednesday, June 8, 2016, in room West 3008 of the 2016 BIO International Convention in San Francisco.

In Europe, the effective legislation on the protection of biotech innovations, known as the Biotech Patents Directive 98/44/EC of July 6, 1998, defines a stable and predictable patent framework which is essential to foster innovation and attract investment as well as guarantee technology transfer and the sharing of scientific findings related to biotechnological innovations in the EU.

The directive ensures an efficient and harmonised set of rules to protect biotechnology inventions and allows Europe to compete with the rest of the world. Diagnostic methods, DNA/RNA and human genes or fragments are all patentable, as well as any other compounds isolated from nature to solve a technical problem.

In mid-2015 thedirective came into the political limelight when the Dutch government started calling for a revision of the directive. One reason for such a revision is the claim by Dutch plant breeders that patents on plant-related inventions limit plant breeders’ access to plant biological material and impair their freedom to operate. Another reason is the impact of the landmark decision of the European Patent Office’s (EPO) Enlarged Board of Appeal of March 25, 2015 in the so-called Tomato and Broccoli II combined cases.

The decision confirmed that the inventive features of a plant are patentable regardless of how they were obtained. This means that plant material other than a plant variety can be protected by a patent if this material complies with all patentability criteria, even if the only method available to generate the claimed plant material at the date of filing is an essentially biological process (which remains non-patentable in Europe).

The European biotech sector very much welcomed this latest case law of the EPO as a clarification of the key provisions of the directive that has increased the legal certainty for innovators in Europe. However, the Netherlands and some other EU member states, backed by the European Parliament, question the scope of patent protection in the field of biotechnology as defined in the directive and have requested a revision of the directive to exclude from patentability plants obtained by essentially biological processes.

Opening the directive would severely compromise legal certainty and put biotech innovation at risk, not merely for conventional plant innovations, but for all biotechnology patent filings in the EU, including in pharma, diagnostic and industrial biotech. Moreover, amending the directive for the above-mentioned purposes is unnecessary given that faster and more predictable non-legislative methods are available to respond to the concerns expressed by some plant breeders.

“The issue at stake is the continuous erosion of patent eligibility in the US applied to inventions which remain soundly patent-eligible in other jurisdictions.”

On May 18, the European Commission acknowledged that the risks of a revision to the directive far outweigh the guarantees sought with such a move, and therefore ruled out the possibility of opening the directive. Instead, the commission has started working on a notice, due by the end of 2016, to clarify the original intention of the legislator as to whether the products from essentially biological processes should be patentable.

Since there are concerns related to this clarifying notice in terms of its legal value, the threat of undermining the legal certainty for obtaining patents and its role in ensuring effective patent protection for biotech innovations remains a key issue for industry on the eastern shores of the Atlantic.

On the western side, worthy inventions in the biotech sector are again faced with the ever-expanding doctrine of “judicial exception”, too often resulting in denied patent protection despite the express language of §101 of title 35 of the US Code, which sets out the legal framework.

In the wake of the 2013 US Supreme Court decision in the Association of Molecular Pathology v Myriad case, which said isolated genes cannot be patented, the US Court of Appeals for the Federal Circuit struck another blow against patent eligibility in the biotechfield by holding diagnostic method claims invalid for failing to satisfy the patent eligibility requirements of §101.

In March 2016, in Ariosa v Sequenom technology developer Sequenom filed an appeal to the US Supreme Court, which now has to decide whether its jurisprudence on §101 has been stretched to new limits or whether diagnostic methods do fall short of patent protection.

The issue at stake is the continuous erosion of patent eligibility in the US applied to inventions which remain soundly patent-eligible in other jurisdictions. The Federal Circuit has interpreted the Supreme Court’s precedent decision so broadly that, in effect, it excludes from patent protection any readily conceivable invention linked to a naturally occurring phenomenon or a “law of nature”, which is a typical feature of an invention in diagnostics and personalised medicine. A comparison between Sequenom’s European patent and its US counterpart shows that the relevant European and US claims are identical. The subject matter eligibility was never an issue for the European patent.

In December 2014, the US Patent and Trademark Office (USPTO) released its much-awaited interim guidance on patent subject matter eligibility, used by USPTO personnel in determining the subject matter eligibility under §101 in view of decisions by the Supreme Court. However, as the most recent developments demonstrate, the guidance did not alleviate the increasing uncertainty for biotech companies in the US with regard to the patentability of diagnostic methods and other inventions based on naturally occurring materials.

Against this backdrop of uncertainty, the biotech sector is now gathering for its annual BIO International Convention. On June 8, a dedicated session called “No Patent, No Cure”, organised by EuropaBio, the European Association for Bioindustries, promises an in-depth discussion with representatives of the USPTO, the EPO, the European Commission and others from the business and decision-making communities.

The discussion will focus on the effects that any changes resulting from the turmoil described above could have on the business models of biotech companies on both sides of the Atlantic.

One thing remains certain: in the midst of turbulence, stability is always the most desired outcome. The global biotech sector surely needs predictability and uniformity in IP protection across jurisdictions, while maintaining a proper balance of rewards, to continue on its path to progress and deliver solutions to the world’s most pressing needs.

Nathalie Moll is the secretary general of EuropaBio, the European Association for Bioindustries. She can be contacted at: n.moll@europabio.org