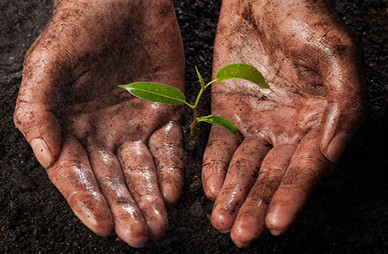 Are plants patentable under Brazilian industrial property law? This is a question frequently asked by those seeking to protect new varieties of plants.

Brazilian Industrial Property Law No. 9,279 of May 14, 1996 bars natural living beings, in whole or in part, as well as any biological material, when found in nature or isolated,  from being protected by patents. The only exception is for transgenic microorganisms.

In fact, plant parts, including plant cells and seeds, are not entitled to receive patent protection, even if genetically modified.

Nevertheless, while plant varieties are not patentable according to Brazil’s IP law, they may be protected under the Brazilian Plant Variety Protection (PVP) Law, which was enacted in 1997 and has incorporated the provisions of the 1978 revisions to the International Union for the Protection of New Varieties of Plants (UPOV) Convention.

The scope of protection encompasses the vegetative reproduction/multiplication material of the whole plant, ensuring to its owner the right for commercial reproduction in Brazil. In the same way, the PVP law foresees that third parties are prevented, during the period of protection, from producing the plant variety propagation material for the purpose of sale, as well as from commercialising or offering it for sale, without the authorisation of the right owner.

As far as the property rights are concerned, the PVP law foresees some situations in which the breeder’s rights will not be deemed infringed, known as breeder’s exceptions.

"WHILE PLANT VARIETIES ARE NOT PATENTABLE ACCORDING TO BRAZIL’S IP LAW, THEY MAY BE PROTECTED UNDER THE BRAZILIAN PLANT VARIETY PROTECTION (PVP) LAW, WHICH WAS ENACTED IN 1997."

The situations are: i) the reservation and planting of seeds for personal use, in their own establishment; ii) the use or sale, as food or raw material, of the product obtained from their own plantation, except for reproduction purposes; iii) the use of the plant variety as a source of variation in genetic improvement or scientific research; and iv) the multiplication of seeds by a small rural producer for donation or exchange, given some conditions.

However, the PVP law also foresees exceptions to the above-mentioned exclusions, specifically related to the cultivation of sugar cane, in which case the producer must obtain authorisation from the owner of the right on the plant variety in order to multiply a vegetative material, even if it is for its own use.

According to the data provided by SNPC and shown in Table 1, since 2007 it has seen a considerable growth in the number of filings of new PVP applications.

From the 3,530 PVP applications filed between 1997 and April 2015, 2,629 plant varieties certificates were granted (Table 2). There are 492 pending applications being analysed.

With the growing demand for PVP, there has been a constant increase in the investments in agricultural research and development, making Brazil a strategic country in agribusiness.

Therefore, even though the IP rights related to plant varieties may not be protected in Brazil by the Brazilian IP law, the PVP law is proving to be an effective tool for those seeking protection.

Renata Campello Afonso is a partner at Luiz Leonardos & Advogados. She specialises in patent and industrial design prosecution and litigation, as well as plant variety protection, and has been working for more than 15 years in the intellectual property field. She can be contacted at: rcampello@llip.com