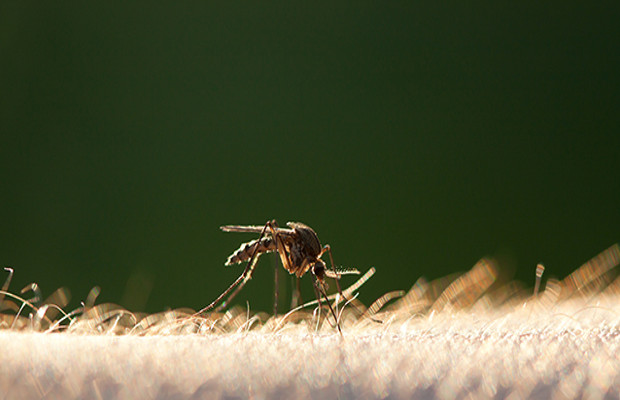 Aided by strong patent protection, efforts are continuing in Brazil to develop a vaccine against the notorious dengue fever. Gabriel Di Blasi of Di Blasi, Parente & Associados and Jorge Kalil of the Instituto Butantan explain more.

In the past few years, Brazil has been struggling against a species of mosquito named Aedes aegypti. This species can usually be found in urban environments, close to homes or apartments and clean water, and its female is known to transmit dengue fever (the male species does not feed on blood), yellow fever and, more recently, the Zika and Chikungunya viruses

The first laboratory-confirmed dengue outbreak occurred in Venezuela and the Caribbean in 1963/64, while Brazil has been reporting dengue outbreaks since 1846. However, the connection between the disease and the mosquito was confirmed only in 1906.

Dengue affects half of the world’s population living in endemic regions, mainly in Southeast Asia (Pacific region) and America. According to the World Health Organization, in a 2013 study it was estimated that there are about 390 million dengue infections per year, of which 96 million clinically manifest the disease.

In another study about dengue prevalence, it was estimated that 3.9 billion people in 128 countries are at risk of infection with the virus. Nowadays, dengue is a disease with a major impact on public health in Brazil: between 2001 and 2003, more than 1.5 million cases were reported throughout the country.

The Brazilian government has tried to implement numerous contingency strategies. In 2002, the objective was to reduce the infestation levels to less than 1% by taking measures such as concentrating the fight at the municipal level, which would lead to better control of the situation.

The goal was not to eliminate the mosquito completely, which would be impossible, but just to reduce the occurrence of the fever, as well as its mortality. Through advertisements on TV the programme included encouraging the population to take measures to protect itself against the mosquito.

However, there was a massive dengue outbreak in 2008, with its focus on Rio de Janeiro. As a result, the government updated the programme in 2009. Due to the rising number of probable dengue cases in Brazil (almost 260,000 in 2015), an international meeting was held in Brazil in 2016 to discuss alternatives for controlling the population of mosquitoes, which included changing the genetic code of the male mosquitoes so that the offspring would eventually die before getting to a mature state.

Throughout the world, countries have tried to find a more permanent solution for eradicating the dengue virus. There is a global coalition in order to find a cure, and Brazil is an active participant. The Instituto Butantan (IB) has already taken important steps towards
the development of a vaccine against dengue fever.

IB is an institute of science and technology based in the state of São Paulo and is directly owned by the state’s Department of Health. It was founded in 1901 and carries out research, development and production of immunobiological products. IB’s dengue vaccine is the outcome of a partnership that began with the US National Institutes of Health (NIH) and then extended to additional Brazilian institutions.

"IB depends on its own technology transfer office to assist in managing the intellectual property assets resulting from possible future patent rights."

The Brazilian government has invested more than $81.5 million in the development of the vaccine, which is expected to be available by 2017. The reason for this early release is that the trials are already in the third phase of testing, which includes testing it on volunteers all over the country.

After the vaccine is approved, IB expects to deliver 100 million doses per year. Although the vaccine is apparently effective against all four types of dengue fever, it still cannot be used against the Zika or Chikungunya viruses. However, Jorge Kalil, IB’s director, states that the studies on dengue fever can be a shortcut for studying the Zika virus.

The prototype of the Brazilian vaccine uses the dengue virus in a more fragile state. It acts differently from the one approved in Mexico, since the Brazilian version needs only one application and will most likely be approved for children as well.

The development of this kind of biotechnology is strengthened by a strong patent system in Brazil, on national and international levels, since the country has signed the Patent Cooperation Treaty. Brazilian Law No. 9279/1996 regulates the national patent system, supported by the country’s constitution, which guarantees inventors protection for their inventions. Therefore, it is possible to protect the process and/or product of an invention, including pharmaceutical patents.

Pharma patents in Brazil are examined not only by the Brazilian Patent and Trademark Office (INPI) but also by the Brazilian National Health Surveillance Agency (ANVISA). This agency examines applications by focusing on public health, and will publish its decision on granting prior consent in the Official Gazette, before the application returns to the INPI.

The dengue vaccine that has recently obtained ANVISA’s approval, produced by Sanofi, has just a 65.6% chance of success for general protection and 47.1% in the case of one specific serotype of dengue fever.

That vaccine can be protected in Brazil by patents for 20 years, counted from the filing date, and Brazilian patent law guarantees that the term is at least ten years, except when the INPI finds itself struggling with examination.

Given the importance of the development of an efficient dengue fever vaccine, not only in Brazil but also throughout Latin America, IB initially executed an agreement with the NIH for the development of a dengue vaccine. In order to make sure that the correct measures are taken, IB depends on its own technology transfer office to assist in managing the intellectual property assets resulting from possible future patent rights.

While Brazil awaits the final results of IB’s trial and ANVISA’s approval for using the vaccine, its citizens have to rely on preventive public health policies, such as different kind of repellents, smoke devices that kill mosquitoes, controlling the places where there is known proliferation of mosquitoes and also new technologies for controlling the mosquito population, such as the use of transgenic mosquitoes.

Jorge Kalil is a professor of clinical immunology and allergy and is the director of the Laboratory of Immunology at the Heart Institute, School of Medicine, University of São Paulo. He also serves as the director of the Instituto Butantan and chairman of the board of its foundation. He can be contacted at: jorge.kalil@butantan.gov.br