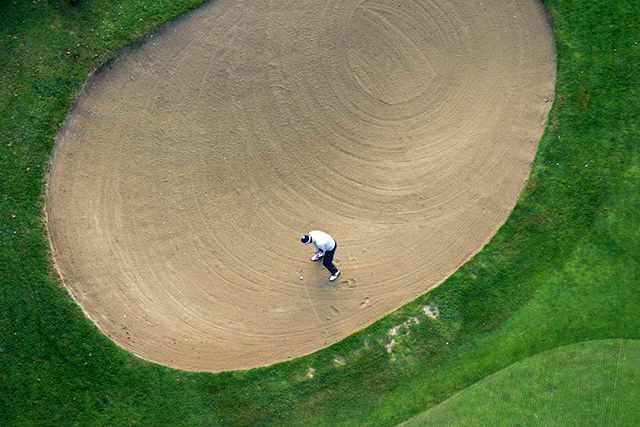 New legislation in Brazil aims to create a balance between using genetic resources for scientific advancement and spreading the benefits among local communities fairly, as Gabriel Di Blasi of Di Blasi, Parente & Associados and Eduardo Emrich of Biominas Brasil explain.

Conservation and sustainable use of biodiversity has been discussed in Brazil for the past two decades. Brazil is home to one of the largest deposits of biodiversity in the world. Ensuring the security and best use of those assets was the main objective of Provisional Act No. 2,186-16, established in 2001. The act regulated access to Brazil’s genetic resources and derived products, which are considered public property for special use within the Brazilian territory.

It also acknowledged the traditional knowledge possessed by indigenous populations and local communities, and ensured the equitable sharing of benefits arising from the use of these resources. However, after the implementation of the 2001 act, researchers encountered significant barriers in exploring native Brazilian biodiversity for scientific advances, causing severe difficulties for the bioindustry in Brazil.

To address the challenges inadvertently resulting from the act, a new biodiversity law, Law No. 13,123/2015, was presented in May 2015 and enacted in May 2016 by Decree No. 8,772 with the purpose of facilitating access to genetic resources by establishing a set of protocols for application and approval to allow safe and monitored access. The new procedures accommodate the increased biological research going on in Brazil and fosters scientific advances.

The new law aims to balance the ways to achieve economic and environmental sustainability, at the same time respecting the value of traditional knowledge of indigenous and quilombola (Brazilians of African origin) communities. The law attempts to provide a framework to prevent biopiracy, while simultaneously reducing the bureaucratic requirements for companies and research institutes to work with natural products, diminishing costs and simplifying compliance.

"A different possibility is reinvesting the money in projects aimed at conservation, technology transfer, human resources training or sustainable use of biodiversity."

Under the new law, researchers only have to communicate activities involving genetic access through electronic registration, eliminating the former lengthy requirement to receive government consent from the Genetic Heritage Management Council (CGEN) before conducting any research.

The new legislation is clearly an evolution from the previous 2001 act, which had serious issues with bureaucracy and traceability. The eruption of several cases of biopiracy in the 1990s (the best known cases concern products made from cupuaçu, a tropical rainforest tree, and açai) set the stage for the emergence of very rigid and restrictive legislation, which failed to meet the reduction of illegal exportation of genomics property targets and at the same time created extreme difficulties for any research activity involving indigenous biodiversity even at a very early stage.

This means most of the activities involving Brazil’s natural resources were being performed illegally, flooding the federal agencies with endless enforcement issues, which brought several problems for researchers and entrepreneurs. Furthermore, institutes (even federal universities) and companies were being fined for using loopholes that were not necessarily illegal, and the fines also had excessive values. There were also several barriers preventing some of the profits from the commercialisation of genetic resources from actually reaching the communities where this knowledge originated.

According to the Ministry of the Environment, in 2015 there were more than 13,000 patents stalled due to outstanding fines for making unauthorised access to genetic resources. From 2005 onwards, the Brazilian Institute of the Environment and Renewable Natural Resources, the federal environmental inspection agency, had issued approximately $72 million in fines, which were the result of 581 irregularities found against Brazilian and international institutions and companies.

The main deliberation points of the recently approved law are the “benefit sharing agreement”, the “main element of added value”, the “benefit sharing list”, the debt forgiveness and fine agreements, and finally the exemptions from the law. Clearly an attempt at recognising the communities from which traditional knowledge emerges, the benefit sharing agreement establishes that up to 1% of the total income from sales of a product derived from Brazilian biodiversity will go to a government-managed fund, exclusively used for environmental preservation and valorisation of traditional groups.

If the revenue comes from a product derived from traceable traditional knowledge, there will be a negotiation with the community which “owns” it in order to establish the amount to be reinvested in that community.

A different possibility is reinvesting the money in projects aimed at conservation, technology transfer, human resources training or sustainable use of biodiversity. What defines whether the product falls under the law and therefore whether the company should conduct the benefit sharing agreement is its main element of added value. The elements derived from genetic material or traditional knowledge must be fundamental for the product’s functionality or marketing appeal. CGEN, formed by seven Brazilian governmental ministries, will provide a list containing all of the known products as defined by the new law.

The subject of fines

One of the most controversial aspects concerns fines, mainly the lack of specific criteria to apply to the fines. The previous legislation was very strict, causing a substantial number of fines to be issued having never been properly judged or analysed. One of the most significant impacts of the new law was the decision to cancel all previous fines through the signing of a term of commitment, stating that the institution will carry out the registration of the finished product and share the due benefits. There is also a possibility of negotiating new fines that can be issued under the new law, a point deeply disputed among Brazilian lawmakers.

All registration steps for institutions will take place through a simplified online form, which should eliminate most of the delay in analysing the requests. However, besides the requirement of the previous online registration at the National Genetic Heritage Management and Associated Traditional Knowledge System, according to the 8,772 decree there is a provision for all patent applications that used genetic material or traditional knowledge in some way to be granted. That is as long as their applicants had obtained the previous authorisation for access to the aforementioned genetic material or traditional knowledge.

Otherwise, the applicant must submit such authorisation within 30 days to the Brazilian Patent and Trademark Office (INPI). This is a contradiction between the 13,123/2015 law and the decree, which turns INPI into a checkpoint to obtain the authorisation for access to genetic material and traditional knowledge, which is not its jurisdiction.

Finally, the law exempts micro and small businesses, individual micro-entrepreneurs and agricultural cooperatives, enabling them to explore biodiversity and traditional knowledge without the burden of the benefit sharing agreement.

Despite the difficulties faced in regulating this matter, the new law hopes to achieve a balance between the development of sustainable use of biodiversity for scientific and national advancement, and providing fair benefit-sharing among local communities. ν

Eduardo Emrich is the president and CEO of Biominas Brasil, a company that offers solutions to businesses (at all stages of development) with a focus on life sciences. For more than 25 years he has been working on identifying and analysing opportunities, business structuring and management, and promoting projects in the life sciences sector. He can be contacted at: eduardo@biominas.org.br