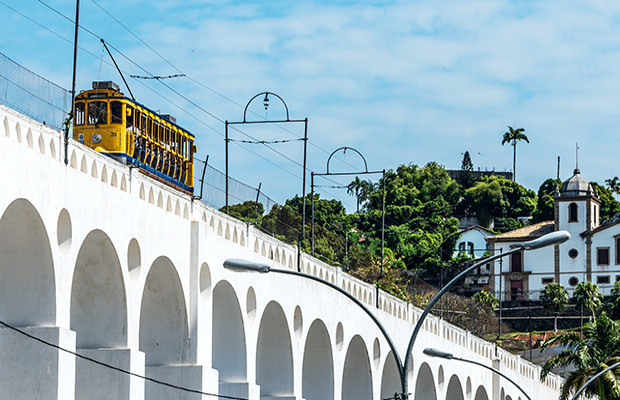 Since 2001, the grant of pharmaceutical-related patent applications in Brazil has come to depend on a prior approval analysis by the Brazilian National Health Surveillance Agency (ANVISA).

ANVISA and the Brazilian Patent and Trademark Office (INPI) initially agreed that pharma applications should be forwarded to ANVISA to receive prior approval after the INPI’s examination.

This elicited much debate and a significant number of lawsuits were filed by applicants challenging the legitimacy of ANVISA in analysing patentability requirements and requesting that their applications be returned to INPI to have the examination on merits initiated/concluded.

This scenario contributed to the increase of the backlog in the examination of pharma-related applications in Brazil, since the applications underwent two patentability examinations, and it was not uncommon to find opposing decisions issued by the agencies in the same case.

To resolve this impasse, the agencies signed joint ordinance number 1/2017, on April 12, 2017, which outlined roles and clarified some issues that related to the allowance/denial of prior approvals from ANVISA.

According to the ordinance, ANVISA’s task is to assess whether the subject matter of a patent application represents a risk to public health, ie, if it relates to a pharma product comprising, or a pharma process resulting in, a substance the use of which is prohibited in Brazil, such as narcotic substances.

INPI’s role remains the same: to analyse the patentability requirements of the claimed matter.

If ANVISA denies prior approval for an application, the case will be sent back to INPI, which will be responsible for the publication of ANVISA’s decision denying prior approval and final dismissal.

For the remaining cases considered not contrary to public health, prior approval will be granted and the case will be sent back to INPI for examination.

Practitioners initially doubted that a consensus would finally be reached. However, the following case law gives us cause for hope.

ANVISA issued a first opinion alleging that the claimed matter was contrary to public health since one of the possible covered combinations would be directed to prohibited substances in Brazil, such as opium and heroin.

In reply, a new claim set was submitted and the cited prohibited substances were excluded. The proposed amendments were accepted by ANVISA and the prior approval was published.

The ordinance also predicts that for applications containing pharma products or processes considered of interest to the Brazilian Public Healthcare System (SUS), ANVISA may issue technical opinions based on patentability requirements.

Such opinions cannot be used for the denial of the prior approval, but will be considered by INPI as a third-party observation.

The opinion on patentability formulated by ANVISA is interpreted as a third-party observation.

ANVISA examined the patentability requirements of a patent application and stated that a certain claim was not considered to be an invention relating to a therapeutic method. Withdrawal of said claim was requested as a condition to grant prior approval.

The claim was a dependent product claim that defined the application/use of the product in therapy. To speed up prosecution, the applicant opted to delete the claim and, consequently, the prior approval was issued.

When the application returned to INPI, remarks were made concerning the examination carried out by ANVISA, disagreeing with the position adopted by the agency.

According to INPI, the claim did not seek protection for a therapeutic method. It considered that the claim referred to a product and the application/use thereof was only an additional feature of the claimed subject matter. In light of this, INPI disregarded the amendments in the claims made during ANVISA’s examination.

The provisions established in the ordinance are also applied to patent applications that are currently pending at INPI and ANVISA.

INPI proceeded with the examination of cases previously rejected by ANVISA.

In July, INPI published an opinion for a pharma application that ANVISA had refused prior approval for. INPI clarified that the opinions on patentability issued by ANVISA will be considered as third-party observations only. The office followed the same approach for at least another 16 cases.

On May 31, INPI published rule 1/2017, which ratifies the provisions of the ordinance and clarifies some administrative procedures.

INPI’s examiners will analyse the modifications performed in the application during ANVISA’s examination, if any (regardless of whether prior approval was denied or granted), and they may be incorporated or not during the office’s examination procedure.

On August 10, ANVISA published rule 168/2017 which ratifies the provisions of the ordinance and establishes additional administrative procedures regarding the prior approval.

ANVISA clarified that its opinions on patentability formulated before the publication of the ordinance should be also considered by INPI as third-party observations.

The uncertainty between INPI and ANVISA seems clearer, but there are some issues that remain unsettled.

In Brazilian patent application number PI1106509-5, INPI had previously published the denial of prior approval from ANVISA, and although the office is currently examining the application in view of the ordinance, ANVISA has not yet issued prior approval for this case. The same might be observed in other similar cases.

According to article 229-C of Brazilian IP
Law, a pharma-related application must receive prior approval to be granted. Therefore, it is still not clear how this issue will be addressed by the two agencies.

If the agencies do not make any changes and a pharma application is granted without receiving prior approval from ANVISA, this patent may potentially be challenged for not complying with the provisions of article 229-C.

It’s expected that the agencies will both cancel the decision relating to the denial of the prior approval and publish the grant of prior approval when the case is not related to substances prohibited in Brazil.

The agencies are expected to follow the provisions established in the ordinance and adopt the necessary measures regarding the unresolved issues so that the examination of cases becomes more transparent and efficient.

Samantha Salim graduated in chemical engineering and is a patent specialist at Daniel Legal & IP Strategy. She has been working with patents in the areas of pharmacy, chemistry, cosmetics, food, oil and gas, and biotechnology since 2010, providing specialised counselling to clients. She can be contacted at: samantha.salim@daniel-ip.com

Kene Gallois is head of the chemical and life sciences group at Daniel Legal & IP Strategy. She began her career more than ten years ago in research projects in pathology, immunology and pharmacology and has been working with patents in biotechnology, pharmacology, chemistry, agriculture, food and cosmetics since 2009. She can be contacted at: kene.gallois@daniel-ip.com