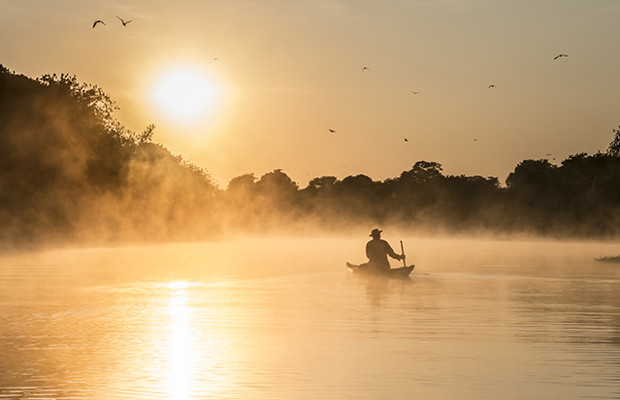 The system governing access to genetic resources in Brazil has been strengthened by a recent legal update, explain Andrea Granthon and Tatiana Schuenck of Luiz Leonardos & Advogados.

In order to regulate access to Brazilian genetic resources, the protection of and access to associated traditional knowledge and the sharing of benefits for conservation and sustainable use of biodiversity, in November 2015 Brazil enacted Law No. 13,123/2015, which is supported by the Convention on Biological Diversity.

This law represents a great improvement on the former legislation as it discusses many aspects that previously impaired development of the biodiversity field. Furthermore, the law respects the fundamental precepts of the Brazilian Federal Constitution, which states that the government should preserve both the diversity and the integrity of national genetic heritage and supervise research entities and manipulation of genetic material (article 225 of the Constitution).

The former legislation referring to access to genetic resources and traditional knowledge (Provisional Measure No. 2,186/2001) was published without exhaustive discussions of the subject matter due to concerns with existing biopiracy. Now, 15 years after its entry into force, the legislation no longer addresses this subject matter with the appropriate accuracy and relevance currently needed for this technical field.

It is widely acknowledged that Brazil has a vast biodiversity, and for this reason it is extremely important to have modern legislation particularly focused on reducing bureaucracy regarding access to genetic resources and associated traditional knowledge.

As disclosed by the Brazilian Ministry of Environment, article 12 of Law No. 13,123/2015 refers to a new model for the development of research carried out using Brazilian biodiversity that only requires registering the activity related to the access to genetic resources or associated traditional knowledge in an electronic database, called the National System for the Management of Genetic Heritage (SISGen). This is intended to simplify and accelerate all procedures related to access to genetic resources or associated traditional knowledge without the need for prior authorisation for their development.

According to the new law, registration in the SISGen database should be performed before the delivery of, or request for, any intellectual property right, the intermediate product commercialisation, the disclosure of final or partial results in scientific or other media, or the notification of the finished product or reproducing material developed as a result of the access. Regarding the use of traditional knowledge associated with identifiable genetic resources, prior consent should always be obtained from the indigenous population or traditional community before beginning to access it.

The sharing of benefits

The new law also introduced the National Benefit Sharing Fund, linked to the Ministry of Environment, which aims at enhancing genetic resources and associated traditional knowledge, and promoting their use in a sustainable manner.

Therefore, according to the provisions of article 24 §3 of the law, users must deposit an amount related to the sharing of benefits when economically exploring a finished product or reproducing material obtained from access to traditional knowledge associated with identifiable origin. Some of these benefits will be distributed to the indigenous population or traditional community.

" Examples of non-monetary forms of benefit-sharing are projects for sustainable use of biodiversity and its conservation, transfer of technology, delivery of the product without IP protection, and licensing."

In article 19, the law establishes two different forms of benefit-sharing arising from economic exploitation of finished products or material from genetic resources and associated traditional knowledge: monetary and non-monetary. Examples of non-monetary forms of benefit-sharing are projects for sustainable use of biodiversity and its conservation, transfer of technology, delivery of the product without IP protection, and licensing.

The Brazilian Senate Commission of Science and Technology highlights some of the advances for science, technology and innovation activities brought by the new legislation:

It is expected that the new law will stimulate scientific research activities and technology involving Brazilian genetic heritage.

It is important to mention the positive impact of the law on Brazilian agribusiness. The new regime guaranteed, in addition to reduction of costs, reduced requirements for access at a preliminary stage. Another important point is that now the distribution of benefits resulting from the economic exploitation of a product arising from access to genetic resources or traditional knowledge associated with agricultural activities applies only to the last link in the production chain (finished products).

All of these innovations reinforce the research and technological development in agriculture since the significant reduction of costs provides legal certainty and incentives for the development of new products. In addition, the law brings innovation through the promotion of transfer of technology by projects on benefit-sharing, and a tendency to increase support for human resources training on issues related to conservation and sustainable use of genetic resources or associated traditional knowledge.

According to the current legislation, domestic exotic species, as well as economic activities for the production of food, fibre, energy, raw materials and other products, by-products and agriculture, fisheries and forestry products shall be exempt from benefit-sharing.

It is noteworthy that the benefit-sharing projects approved by CGEN before the law was enacted will be valid for their remaining terms.

Users must comply with the requirements of this new law within one year from the date of availability of registration by CGEN. The registration, however, still depends on regulation. On April 5, 2016, a proposal for a regulating decree was published and the public consultation was concluded on May 2, 2016. The final decree should be approved soon. ν

Andrea Granthon is a partner at Luiz Leonardos & Advogados. She is a biologist and attorney at law with a master’s degree in intellectual property and innovation. Her practice areas are administrative, judicial prosecution and IP consultancy of patents in biotechnology, pharmaceutical and other related sciences . She can be contacted at: agranthon@llip.com

Tatiana Schuenck is a partner at Luiz Leonardos & Advogados. She is a chemical engineer, attorney at law and post-graduate in environmental chemistry. Her practice areas are administrative and judicial prosecution of patents in chemical engineering, biotechnology, pharmaceutical and other related sciences as well as plants varieties. She can be contacted at: tschuenck@llip.com