Can a computer invent a drug? 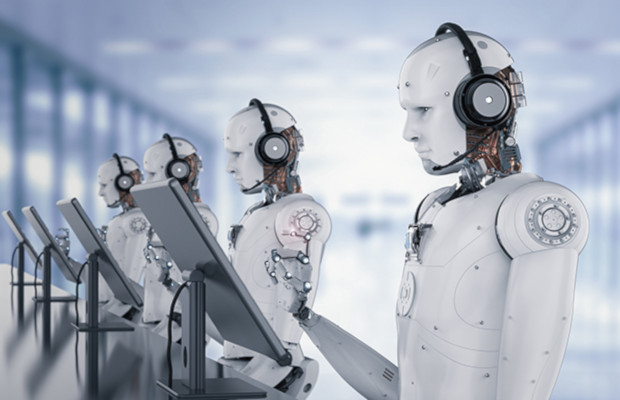 Artificial intelligence is being used increasingly in the pharma and biotech industries, and questions are being asked about the legal status of innovations created by the technology, as MaryAnne Armstrong of Birch, Stewart, Kolasch & Birch reports.

US law requires inventors to be named when a patent application is filed. The case law states that to be an inventor there must be a contribution to the conception of the invention.

“The threshold question in determining inventorship is who conceived the invention. Unless a person contributes to the conception of the invention, he is not an inventor,” according to the US Court of Appeals for the Federal Circuit in Fiers v Revel (1993).

Similarly, 35 USC §100(f) defines an “inventor” as “the individual or, if a joint invention, the individuals collectively who invented or discovered the subject matter of the invention”.

There is a presumption that inventors are humans. 37 CFR §163 states “(a) The inventor, or each individual who is a joint inventor of a claimed invention, in an application for patent must execute an oath or declaration directed to the application, except as provided for in §164.

“An oath or declaration under this section must:

(1) Identify the inventor or joint inventor executing the oath or declaration by his or her legal name;

(2) Identify the application to which it is directed;

(4) State that the application was made or was authorised to be made by the person executing the oath or declaration.”

Thus, the US Patent and Trademark Office (USPTO) considers inventors to be people. This may seem at first glance to be stating the obvious because inventorship requires contribution to the conception of the invention, which requires high cognitive reasoning. As the Federal Circuit stated in New Idea Farm Equipment Corp v Sperry Corp and New Holland Inc (1990), “people conceive, not companies”.

However, the more advanced artificial intelligence (AI) becomes, the more a non-human—AI—has the ability for cognitive reasoning, and this has implications for patents and patent rights.

The Oxford English Dictionary defines AI as “The theory and development of computer systems able to perform tasks normally requiring human intelligence, such as visual perception, speech recognition, decision-making, and translation between languages.”

The use of AI in technology development is being used in a variety of industries to reduce labour costs, product defects, and increase production speed.

For example, in August 2017, GSK entered into a collaborative relationship with Insilico Medicine, an AI-based company located in Baltimore, Maryland. Insilico focuses on applying AI to drug discovery, biomarker development and aging research. Similarly, Pfizer has incorporated the use of AI as a part of its research and development (R&D) efforts in its Genome Science and Technologies group.

BenevolentAI, founded in 2013 in the UK, applies AI to technology development in bioindustries and drug development. In February 2018, BenevolentAI announced that it will be the first AI company to “be able to work across the entire drug development process ‘end-to-end’ from drug discovery to late stage clinical development”.

The potential results in using AI for developing new drug candidates (the failure to do so being something for which the pharma industry has been criticised in recent years) and for developing new indications for known compounds is promising. However, if the AI identifies a new drug candidate or identifies a new indication for an old compound, who is the inventor(s)?

At least in the US, inventorship requires a contribution to the conception of the invention. Upon a quick consideration it may be assumed that whoever programmed the AI and set up the software parameters would be the inventor of any new compound developed.

The programmer arguably had no concept or contribution to the conception of the compound or new indication, which is the invention. If the AI analysed vast quantities of data and based on that analysis suggested a new lead drug compound, the AI is arguably the sole entity responsible for the conception of that new compound.

In the scenario presented, the new compound was solely designed by the AI. In this instance there is no human inventor because no human contributed to the conception of the compound. If there is no human involvement in the conception of the compound, arguably the new compound may not be patentable (assuming a country has a requirement that inventors be named on a patent). This represents a significant concern for new drug development by AI.

However, if the test of whether an entity can be an inventor is, as articulated by the US courts, whether the entity contributed to the conception of the invention, the AI arguably passes this test.

Some readers may laugh at the idea of an AI being named as an inventor, but the idea of AI being given at least some legal status is being raised in various countries. In October 2017, an AI named Sophia was “granted citizenship” by Saudi Arabia. In November 2017, a chatbot in Japan named Shibuya Mirai was granted residency in Tokyo.

While the act of granting citizenship to Sophia was largely viewed as a publicity stunt, of more serious consideration was a 2017 European Parliament report “with recommendations to the Commission on Civil Law Rules on Robotics” which posed the idea of granting a special legal status or “electronic personalities” to AI-based robots which have the ability to learn, adapt and act independently. The proposed legal status would be somewhat akin to the legal status given corporations.

The proposal states, in part, the creation of “a specific legal status for robots in the long run, so that at least the most sophisticated autonomous robots could be established as having the status of electronic persons responsible for making good any damage they may cause, and possibly applying electronic personality to cases where robots make autonomous decisions or otherwise interact with third parties independently”.

In addition, the explanatory statement of the European Parliament report states: “IP rights, data protection and data ownership—the resolution calls on the Commission to come forward with a balanced approach to IP rights when applied to hardware and software standards and codes that protect innovation and at the same time foster innovation. Moreover, the elaboration of criteria for ‘own intellectual creation’ for copyrightable works produced by computers or robots is demanded.”

This statement suggests that the drafters had considered, and were not averse to, the notion of IP rights being attributable to an AI entity or at the very least that the issue of IP created solely by an AI needs to be addressed.

The legal status of AI is a hot issue of discussion around the world. Different countries appear to have differing stances regarding the legal status of AI. No country has yet gone so far as to grant AI equal status to a person, recognising that, at least at this point, AI is constrained by its programming to have limited original thinking.

For example, the AI used in drug discovery may design a new candidate drug compound will base that design on the data input to which it has access. The AI will not decide to collaborate with another lab or decide to pursue a different project. However, if countries differ in their grant of legal status to AI, this can also potentially create a problem with regard to patent rights.

Conceivably at some point in the future a country may regard AI to be so far advanced that it is deserving of status as a legal entity which can be named as an inventor on a patent application. Under this scenario a first application is filed in an AI-recognised country. However, if a second application is then filed in another country which does not recognise the legal status of the AI, a problem may arise in the second country with regard to a priority claim back to the first application.

Several murky issues are raised by the use of AI in technology development. As AI becomes more advanced and more AI is incorporated into R&D efforts, these issues should be considered and addressed to prevent problems in being able to protect inventions developed by the AI.

MaryAnne Armstrong is a partner at Birch Stewart Kolasch & Birch. She focuses on prosecuting patent applications and post-grant practice in the fields of pharmaceutical chemistry, organic chemistry, medical devices, biotechnology, and plants. She is also experienced in pharma and biopharma-related procedures including requests for patent term extension. She can be contacted at: maa@bskb.com