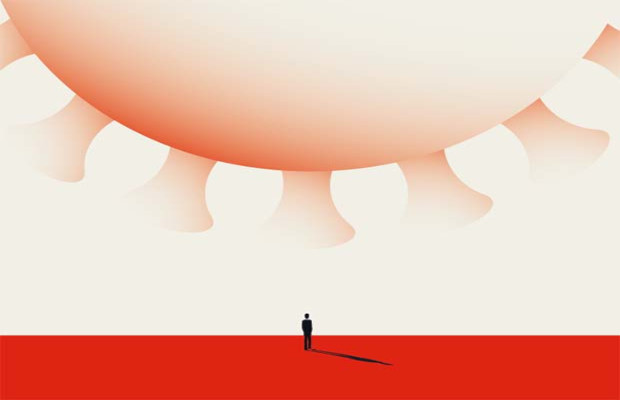 The rush to open access to IP-protected tech, medicines and devices in the fight against COVID-19 could cause problems later, argues MaryAnne Armstrong of Birch, Stewart, Kolasch & Birch.

The global COVID-19 pandemic has put the pharma/biopharma industry in the headlines on a daily basis. Many people compare the COVID-19 pandemic to the Spanish influenza epidemic of 1918. However, aside from their being different diseases, a major difference is the ability of the modern industry to develop and share tests and treatments with unprecedented speed.

The pharma/biopharma sector has come together to fight COVID-19 in a way that is, in my opinion, nothing less than heroic. The Biotechnology Innovation Organization (BIO) website dedicated to coronavirus lists 79 biopharma companies that are actively engaged in research to fight COVID-19. However, while the priority is obviously fighting the pandemic, several IP issues have arisen, or may arise, out of this fight. This article will briefly discuss some of the immediate and potential far-reaching IP issues.

In May 2019, the World Intellectual Property Organization (WIPO) released “A Draft Reference Document on the Exception Regarding Compulsory Licensing”.

As can be seen from the appendix to the WIPO Reference Document, although compulsory licensing is a more prevalent part of the law of some countries, nearly every country—including the US—has provisions for compulsory licences.

“Whenever the Attorney General determines, upon application of the administrator:

(i)  that: (a) in the implementation of the requirements of section 7411, 7412, or 7521 of this title, a right under any US letters patent, which is being used or intended for public or commercial use and not otherwise reasonably available, is necessary to enable any person required to comply with such limitation to so comply; and (b) there are no reasonable alternative methods to accomplish such purpose; that

(ii)the unavailability of such right may result in a substantial lessening of competition or tendency to create a monopoly in any line of commerce in any section of the country, the Attorney General may so certify to a district court of the US, which may issue an order requiring the person who owns such patent to license it on such reasonable terms and conditions as the court, after hearing, may determine. Such certification may be made to the district court for the district in which the person owning the patent resides, does business, or is found.”

Probably the most noteworthy case of compulsory licensing in the US in the area of pharma involved the 2001 anthrax attacks. The US government threatened patent owner Bayer that it would issue a compulsory licence for the antibiotic ciprofloxacin (used to treat anthrax) if Bayer did not reduce the price. In the end Bayer reduced the price and no compulsory licence was issued.

At the time of writing in early May several countries, including Canada, Germany, France, Chile, and Ecuador, while not targeting specific drugs for compulsory licensing, have passed resolutions or amendments to their laws to make the grant of a compulsory licence more readily available. In March, the Israeli government granted a compulsory licence for the importation of a generic version of AbbVie’s antiviral drug Kaletra (lopinavir/ritonavir) from India.

In response AbbVie announced in late March that it will not enforce the Kaletra patent. More recently Gilead’s antiviral drug remdesivir received Food and Drug Administration (FDA) approval for treating COVID-19 after a National Institutes of Health (NIH) clinical trial demonstrated positive results with the drug. Gilead has committed its already available 1.5 million doses for donation to US patients with severe symptoms.

In addition, the company stated on April 29, with regard to future supplies, that: “On the supply side, we are working to build a global consortium of pharmaceutical and chemical manufacturers to expand global capacity and production.

“It will be essential for countries to work together to create enough supply for people all over the world and we look forward to these collaborative efforts. In the event of regulatory action, we are in discussions with various groups about how we might bring remdesivir to the developing world.”

The positions taken by Gilead and AbbVie demonstrate the desire of parts of the pharma industry to work for the greater good. However, while remdesivir was not previously approved for any use, Kaletra is an approved HIV-1 treatment. Although the compulsory licence for Kaletra granted in Israel is specifically limited to the treatment of COVID-19, it will be nearly impossible to prevent generic versions of the drug being used in HIV-1 treatment, although AbbVie has stated that it does not intend to enforce the patent rights for Kaletra for any formulation.

It is clear that there is a high possibility of a compulsory licence being granted for patented technology needed to fight COVID-19, but so far companies have taken the approach of being willing to forgo some patent rights and revenue to fight the pandemic and possibly avoid a compulsory licence.

The COVID-19 pandemic has led to an unprecedented level of coordinated and collaborative research between pharma companies. A global partnership has been created by the NIH, the FDA, the US Centers for Disease Control and Prevention, the European Medicines Agency and 16 pharma companies including AbbVie, Amgen, AstraZeneca, Bristol Myers Squibb, Evotec, GSK, Johnson & Johnson, Eli Lilly, Merck Sharp & Dohme, Novartis, Pfizer, Roche, Sanofi, Takeda, and Vir Biotechnology.

The NIH announcement on April 17 states: “The planned Accelerating COVID-19 Therapeutic Interventions and Vaccines (ACTIV) partnership will develop a collaborative framework for prioritising vaccine and drug candidates, streamlining clinical trials, coordinating regulatory processes and/or leveraging assets among all partners to rapidly respond to the COVID-19 and future pandemics.”

The announcement further states that: “Industry partners also will make available certain prioritised compounds, some of which have already cleared various phases of development, and associated data to support research related to COVID-19.”

There is thus an agreement to share technology that would otherwise be proprietary. This type of cooperative work is essential for finding effective diagnostics, treatments and vaccines as quickly as possible.

However, the announcement regarding the partnership does not mention patent rights, and it is very likely that technology developments that come out of the partnership may be applicable to other diseases.

Issues may arise in the future regarding the ownership of newly-developed technology that comes out of the collaborative work done under the NIH-created partnership. Parties to the agreement may need to reach separate agreements on handling the rights to any new drugs that may be used for non-COVID-19 purposes.

This could create some difficult situations regarding ownership. For example, if new technology is co-owned by the parties who contributed to its development, patent enforcement issues could arise. The standing to sue for infringement of a co-owned patent requires both owners voluntarily to be parties to the suit, unless one party has explicitly waived
its right for voluntary joinder—in which case that party can be forced to join (see STC.UNM v Intel, [Fed. Cir. 2014]).

A second potential issue arises in that 35 USC §262 “Joint owners” states: “In the absence of any agreement to the contrary, each of the joint owners of a patent may make, use, offer to sell, or sell the patented invention within the US, or import the patented invention into the US, without the consent of and without accounting to the other owners.”

Thus, absent an agreement stating otherwise, each owner would be free to license the newly-developed technology.

The concern about patent rights in technology by pharma companies may be reflected by the alternative approach taken by several companies who have signed the Open COVID Pledge.

Signers pledge “to make our intellectual property available free of charge for use in ending the COVID-19 pandemic and minimising the impact of the disease”.

It should be noted that all the signers of the pledge are tech companies, such as Intel, IBM, Microsoft, etc, or device companies such as the Open Ventilator System Initiative and HMJ Medical. No pharma/biopharma company has simply opened up its patents for free.

The focus for the immediate period and probably for some time in the future is the development of effective treatments and vaccines for COVID-19. However, some patent concerns may arise in the future as a result of the shared research.

MaryAnne Armstrong is a partner at Birch, Stewart, Kolasch & Birch. She can be contacted at: maa@bskb.com