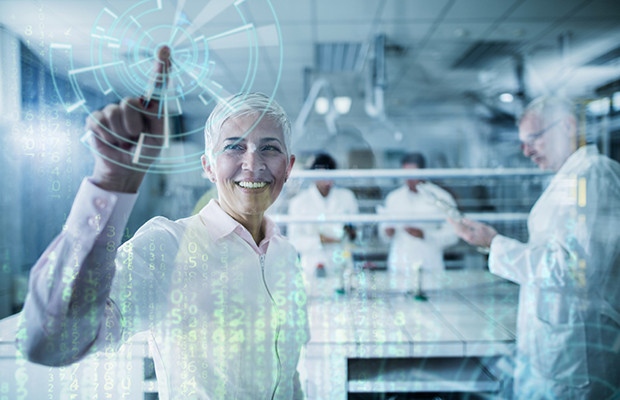 Marisa Moura Momoli of Di Blasi, Parente & Associados looks at the fast-developing CRISPR/Cas9 technology and discusses its patentability in Brazil.

In 2012, the world was introduced to one of the greatest scientific discoveries in recent years: CRISPR/Cas9 (clustered regularly interspaced short palindromic repeats/CRISPR-associated protein).

From observing the immune system in bacteria, scientists developed a powerful tool for genome editing in prokaryotes and eukaryotes.

Such technology has been proposed as a simpler, cheaper, more effective and more accurate tool for genome editing than the technologies that came before, such as zinc finger nucleases and transcription activator-like effector nucleases.

When invaded by viruses, some bacteria activate the CRISPR/Cas9 system, wherein RNA molecules guide Cas endonucleases to the virus DNA in a sequence-dependent way, resulting in the cleavage of the double strand DNA from the foreign DNA, killing the virus.

Upstream of the Cas gene cluster there is a gene which will transcribe tracrRNA, and downstream the CRISPR array is found, composed of repeat sequences (repeats) and variable sequences corresponding to the virus DNA (spacers).

Cas1 and Cas2 are responsible for the integration of the virus DNA into the CRISPR array.

Such complexes scan PAM (protospacer adjacent motif) sequences of double strand DNA (dsDNA) molecules, and once the PAM sequence is found, a complementary binding of the crRNA sequence with the target DNA occurs, and Cas9 endonuclease induces a dsDNA break.

This demonstrates the importance of this tool, which is promising for gene therapy, treatment of human diseases by the deletion of genes and correction of disease-causing mutations, and potentially the cure of diseases such as HIV/AIDS, herpes, hepatitis, human papillomavirus, and genetic diseases, among others.

In May 2012, Jennifer Doudna et al filed a patent application related to the CRISPR/Cas9, US 61/652,086 and, in December, Feng Zhang et al filed another one.

Massachusetts Institute of Technology (MIT) and the Broad Institute, Zhang’s assignees, fast-tracked their patent application and had a patent granted, US 08/697,359, in April 2014.

The US Patent and Trademark Office Patent Trial and Appeal Board (PTAB) held that the Broad Institute of Harvard and MIT’s patents concerning CRISPR technology do not interfere with patent claims filed by the UCB and the University of Vienna.

UCB and the University of Vienna have appealed against the PTAB’s decision.

These two leading groups also filed some Brazilian patent applications claiming priority from US61/652,086 (UCB and University of Vienna application) and US61/736,527 (MIT and the Broad Institute applications).

The above-mentioned four patent applications claim protection for the method of modifying target DNA, the method for modifying an organism, the method for treating or inhibiting a condition caused by a defect in a target sequence in a genomic locus, the composition comprising the components of CRISPR-Cas9 system, polynucleotides and polypeptides, kit, cells, vector, organism, use of a vector system or composition.

A method for modifying target DNA

A method that uses a chimeric RNA, as a guide RNA, or delivers a non-naturally occurring or engineered composition is patentable in Brazil.

However, natural biological processes are not considered to be an invention according to article 10 of the Brazilian Industrial Property Law (IPL).

Processes containing at least one technical stage that has a decisive impact on the result, and which cannot be achieved without human intervention, are considered inventions.

A method for modifying an organism

A method for modifying an organism is eligible for protection provided that it does not violate moral and ethical questions.

According to article 18(I) of the IPL, it is not patentable if it is contrary to moral, good customs and public security, and order and health (for example, producing human beings having desirable traits).

In addition, the product of this process will only be entitled to patent protection if it is a “microorganism” as defined in the Brazilian Guidelines for the Examination of Patent Applications as bacteria, archaea, fungi or single cell algae not classified in the plant kingdom and protozoa.

Therapeutic methods are not eligible for patent protection according to article 10 of IPL.

Compositions may be patented, but a mere dilution of one compound is not eligible for protection.

If these molecules have a natural equivalent, regardless of being artificially obtained or isolated/purified from nature, they are not patentable according to article 10 of the IPL.

Kit and use of a vector system or composition

These are eligible for protection in Brazil.

As mentioned above, only “microorganisms” are entitled to protection in Brazil. Animal and vegetable cells are not patentable according to article 10 of the IPL. The same is applied to the protection of organisms.

This is eligible for patent protection in Brazil, but it needs to be sufficiently described, by means of the submission of a representative drawing of the map of the vector in question, the insertion of the sequence to be cloned and/or expressed in a sequence listing, the description of the procedures and the conditions for manipulating the DNA/RNA, including the enzymes used, the cloning systems involved, the conditions of transfection/transformation of the host cell, etc.

Biotech is in constant motion with breakthrough technologies constantly arising. The Brazilian Guidelines for the Examination of Patent Applications were updated in 2015, and can now deal with inventions related to CRISPR/Cas9 technology developed so far.

As it is happening in a global context, we expect that inventions based on the CRISPR/Cas9 tools will have a profound impact on the Brazilian biotechnology field in the coming years.

Marisa Moura Momoli  is a biologist and patent agent at Di Blasi, Parente & Associados. Momoli focuses her practice on assisting inventors in protecting biotechnological inventions and preparing patent disclosure and responses to opinions, and the filing of appeals. She also has experience with plant varieties and food and drug patents. She can be contacted at: marisa.momoli@diblasi.com.br