Dosage patents: Down the hatch 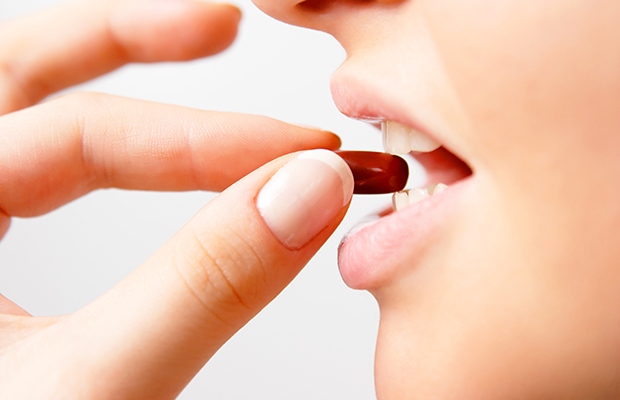 The Actavis v ICOS UK Supreme Court judgment was a bitter pill to swallow, but is it really the end of dosage patents? Richard Wells and Stephanie Pilkington of Potter Clarkson review the situation.

The Supreme Court judgment on March 27, 2019 in Actavis v ICOS UK concerned ICOS’s EP (UK) 1 173 181, exclusively licensed to Eli Lilly, and found it invalid for lack of inventive step in the face of Actavis’, and others’, revocation challenge.

This upheld the Court of Appeal decision, which overturned the High Court decision that the patent was valid and inventive.

The Supreme Court primarily wrestled with whether a patent to a new dosage regime for a known treatment can be inventive over investigations conducted during clinical trials in seeking regulatory approval.

The patent and technology

The patent concerns low doses of the drug tadalafil (brand name Cialis, for treating erectile dysfunction [ED]) which the inventors found were unexpectedly effective, as well as medical uses of that low dose to treat conditions including ED.

Tadalafil is related to the more widely-known sildenafil (brand name Viagra), which is administered orally to treat ED. Both drugs act to primarily inhibit a particular cyclic nucleotide phosphodiesterase (PDE) enzyme—PDE5, which is primarily found in the penis where inhibiting its function alleviates ED.

Sildenafil and tadalafil differ in that sildenafil affects other PDEs leading to undesirable side-effects, requiring “on demand” use at dosages of 25mg, 50mg and 100mg.

"There may be arugments to support dosage claims, even in light of this judgment."

Tadalafil is more potent and selective for PDE5, reducing its side-effects. The improved potency of tadalafil was known from the main prior art document considered in the case—patent EP 0 839 040 (the Daugan patent).

The inventors’ discovery that lower doses of tadalafil are therapeutically effective and cause reduced side-effects led to the realisation that tadalafil could be administered daily regardless of immediate need, rather than “on demand”.

The patent’s claims are to a pharmaceutical composition with 1mg to 5mg of tadalafil suitable for oral administration of a maximum daily dose of 5mg, with second medical use claims directed to ED and other conditions.

Daugan disclosed daily doses of tadalafil in the range of 0.5mg to 800mg, with the specific example of a 50mg tablet. The difference between Daugan and the claims as argued in this case is that Daugan does not disclose the 1mg to 5mg dosage for oral administration.

Much has been written about the decision, so we will comment only briefly here. In essence, it was found that from Daugan it would be obvious to move tadalafil to clinical trials with an oral administration, based on the success of the orally delivered sildenafil.

The phases of clinical trials are well established, and phase IIb was critical here. Phase IIb involves testing a range of dosages. It was found that the skilled person would have started using an on-demand dosage of 50mg based on Daugan, and next the on-demand 25mg and 100mg doses that had been used for sildenafil.

The main battleground was whether it would be obvious to arrive at the claimed 1mg to 5mg doses during phase IIb—in particular, what the skilled person would do on finding that the therapeutic plateau for tadalafil was from 10mg to 100mg, and whether they would proceed to the 5mg dose just outside it.

In the first instance, Judge Birss found that, although it would be “very likely” that they would try lower doses having identified the 25mg dose on the therapeutic plateau, they would not expect to find that the lower 5mg dose was efficacious and had reduced side-effects—so that dose is inventive.

The Court of Appeal disagreed, concluding instead that the skilled person would be very likely to investigate lower doses with a reasonable expectation of finding something useful, thereby revealing that the lower 5mg dose was effective.

The reduced side-effects of the 5mg dose were seen to be a “bonus effect” which did not lead to an inventive step.

The legal arguments in the first instance and at the Court of Appeal used the well-established UK Windsurfing/Pozzoli and European Patent Office “problem-and-solution” tests. Although the Supreme Court upheld the Court of Appeal decision, it did so with a thorough analysis of inventive step principles, formulating a legal test of ten “factors” relevant to this case, which have been well publicised elsewhere.

Using these factors led to a more holistic analysis when compared with the more mechanistic Windsurfing/Pozzoli and problem-and-solution analyses.

Is this decision a sea-change?

Although this battle is the first to lead to a Supreme Court decision that seems to strike at the heart of dosage patents, they have been on the ropes for a while.

In Actavis UK v Merck & Co [2009] the UK Court of Appeal overturned the first instance decision to find a dosage regime inventive, but its judgment provided significant obiter comments that only in unusual cases could dosage claims be found to be valid, as it is standard practice to investigate dosage regimes.

The UK Intellectual Property Office’s manual of patent practice has, for several years, contained guidance that in most cases a dosage regime would not be inventive, as investigating appropriate dosage regimes is standard practice (section 4A28.1).

Therefore, perhaps the judgment in Actavis v ICOS UK is not as unexpected, or as drastic, as it might first seem.

Several facts went against ICOS/Lilly and contributed to the finding of invalidity. We outline some relevant points below and consider whether anything can
be learned from these that innovators and their advisors could use when considering dosage regime patent filings.

Therefore, if the new dosage leads to a previously unsuccessful drug being of practical use then this could help support an inventive step.

Although it might not have worked here based on other findings in this judgment, more specific claims might aid arguments of lack of inevitability—a skilled person might have taken a different path in the clinical trials and ended up somewhere very different, which might well have been a failed trial. Multiple “value” judgments and choices accords with the fourth and fifth of the newly-formulated inventive step factors, focusing on multiple research avenues and “value” judgments increasing the likelihood of an inventive step.

Again, the administration route could lead to further research avenues which could indicate an inventive step. Additionally, an administration route should arguably not now be viewed in the same, perhaps negative, light as a dosage regime, as phase IIb, critical here, is more relevant to dosage than route.

If the dosage is “out there”, the inevitability that the skilled person would arrive at it when starting from a conventional dosage might be lower, and regimes that truly “buck the trend” might be more resistant to this decision.

Accordingly, there are arguments to support dosage claims, even in light of this judgment.

It is worth remembering that there is a whole world outside the UK. When considering dosage patents as part of a worldwide filing strategy, it would be remiss to dismiss them based on a more difficult UK climate.

Although some territories might be more challenging than the UK, others will not be. Indeed, the Supreme Court appeared to acknowledge that if the facts of this case were considered with the problem-and-solution approach then a different conclusion might be reached.

From a practical perspective, it remains unlikely that a UK first filing will yield an encouraging initial search and examination report for a dosage patent application, favouring filings in more dosage-friendly jurisdictions.

Richard Wells is a European and UK patent attorney at Potter Clarkson. He works for a broad range of clients in the life sciences sector, providing commercial advice to help them reach their business goals. He can be contacted at: richard.wells@potterclarkson.com

Stephanie Pilkington is a European and UK patent attorney specialising in the life sciences at Potter Clarkson. She has been advising on IP aspects of personalised and stratified medicine for many years for industrial and academic clients. She can be contacted at: stephanie.pilkington@potterclarkson.com