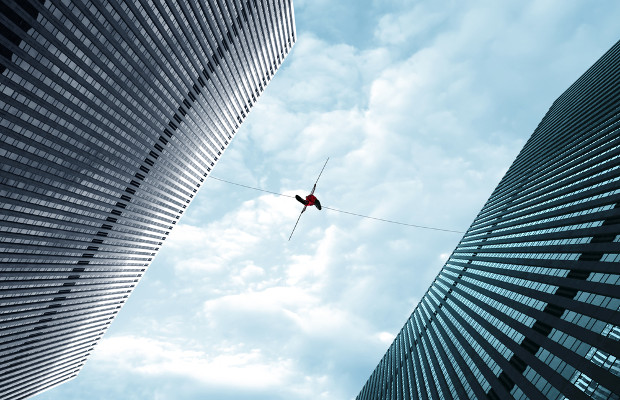 The merging of intellectual property law and biotechnology represents the joining of old law with new technology. In theory, statutes designed to facilitate creation of unforeseen technologies and reward inventors for their creativity should blend easily with the inventions of biotechnology. Although IP laws have fostered research and development in biotechnology, new legal and social questions have also arisen.

Biotechnology involves a number of ethical questions, in particular with respect to IP protection, such as those involving the protection of living organisms including human material, for example, human genes and chimeras of animal cells. This mainly raises the discussion on the limits of patent protection and the direction in which biotechnology is going.

For the INPI, Law No. 9.279 (from 1996) regulates rights and obligations relating to industrial property, and for ANVISA, article 4 (II) of RDC 21 (from 2013) established that ANVISA will analyse the patentability requirements when the patent application is of interest to the Brazilian Unified Health System.

Now, under the current procedure, the INPI forwards all patent applications related to pharmaceutical products and processes to ANVISA in order to obtain its approval. This decision shall always be substantiated by ANVISA, which analyses the file and decides whether the application is harmful to human health.

In the event that the preliminary report of ANVISA concludes that the object of the patent cannot be allowed given its possible harmfulness, or if the agency raises an office action, the applicant will have to submit a response with arguments within a determined time period starting from the publication date of such an office action.

Once ANVISA has rendered a final decision, the application will return to the INPI for conclusion of the administrative procedure. In cases of approval, the INPI will initiate the patent examination. Otherwise, the INPI will withdraw the patent application. Because both the INPI and ANVISA analyse patentability requirements, in some cases this produces different technical understandings of the examiners at the INPI and ANVISA.

For example, there might be two different technical opinions regarding the same subject matter. Currently, this is the case for hybridomas.

A hybridoma is a cell line arising from one hybrid cell that is capable of secreting a monoclonal antibody specific to one epitope of an antigen permanently in culture. The hybrid cell is produced through the fusion of a specific antibody-producing B-cell from an immunised animal (usually a mouse, rat or rabbit) and which has a finite lifespan with a cell from an “immortal” cultured myeloma cell line (eg, mouse NS-1 or NS-0).

The current guidelines for examining biotech patents, published by the INPI, established that although hybridomas are the result of a fusion of cells from living beings, they do not fall into the prohibitions that article 18 of Law No. 9.279 calls “all or part of plants or animals”. This is because, due to the fusion process itself, they represent an autonomous unit and should be analysed as a microorganism.

“There might be two different technical opinions regarding the same subject matter. Currently, this is the case for hybridomas.”

Therefore, the INPI’s examiners consider that hybridomas are the result of a fusion of two cell types, a myeloma and a lymphocyte B, which produces antibodies. They bear characteristics not achievable by such cell types under natural conditions, being the product of direct human intervention. According to the understanding adopted by the INPI examiners, technically speaking a hybridoma is considered a transgenic microorganism and accordingly such subject matter is patentable.

On the other hand, the ANVISA examiners understand that article 18(III) of Law No. 9.279 considers hybridomas as non-patentable matter: “The whole or part of living beings, except transgenic microorganisms, which meet the three patentability requirements—novelty, inventive step and industrial application—specified in article 8 and which are not mere discoveries.”

According to the ANVISA examiners, as the hybridoma is a cell line produced by a fusion of a myeloma cell with an antibody-producing cell, ie, originated from two animal cells, it does not fall within the definition of a microorganism established by Law No. 9.279.

This establishes that “transgenic microorganisms are those organisms, except for the whole or part of plants or animals, which express, through direct human intervention in their genetic composition, a characteristic normally not attainable by the species under natural conditions”.

By explicitly including the exception for the whole or part of plants or animals, the legislator predicted that said cells are excluded from the definition of a microorganism, even if modified by human intervention. According to the understanding adopted by the ANVISA examiners, rightfully speaking, a hybridoma is not considered a transgenic microorganism and accordingly said subject matter is not patentable.

In view of the two bodies responsible for analysing biotech patentability in Brazil, there are various lawsuits against ANVISA decisions on patentability requirements.

ANVISA is a regulatory body of the Brazilian government, created in 1999. It has a role similar to that of the Food and Drug Administration in the US and is responsible for the regulation and approval of pharmaceutical drugs, health standards and regulation of the food industry.

Therefore, in the understanding of some judges, ANVISA should not analyse the requirements for patentability. This analysis must be performed only by the INPI, they say.

The rendered decision, provisional in nature, supports the allowance of additional judicial actions to challenge ANVISA. In spite of that, it is still possible for ANVISA to challenge the decision and take it to an appeals court. However, it has now been revealed that a few other decisions from courts of appeal have reiterated decisions of those from first instance.

In summary, this two-pronged approach for analysing patentability requirements of biotech applications, which can produce different technical opinions, represents a regression for biotech inventions and innovation in this field. This can limit the scope of interpretation for patent applications related to biotechnological products and processes in Brazil, which can demotivate companies to innovate in Brazil.

Marcelo Oliveira de Souza is head of the patent department at Di Blasi, Parente & Associados. He can be contacted at: marcelo.oliveira@diblasi.com.br

Antonio Alexandre Moura dos Santos is a patent specialist at Di Blasi, Parente & Associados. He can be contacted at: alexandre.santos@diblasi.com.br

Marcelo Oliveira de Souza is a WIPR Leader for 2016. His profile is available here.