Eli Lilly: the trials and tribulations of antibody patents 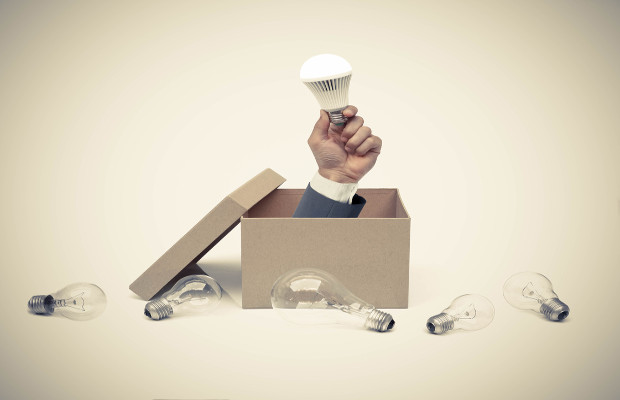 Courts have not always been able to appreciate the complexities around antibody patents, causing problems for innovation and investment, says Eli Lilly patent counsel Duane Marks in an interview with LSIPR.

Working in the biomedicine department at Eli Lilly, Duane Marks says his work entails “pretty much all aspects touching on IP relating to our biomedicines”. Through the course of his career Marks, who is patent counsel in bioproducts, has practised in numerous areas including diagnostics, research tools, and medical devices.

One of his favourite things about his role at Eli Lilly is the need to stay aware of relevant matters going through the US courts and the US Patent and Trademark Office, and ensuring he has a close eye on any issues which could impact Eli Lilly’s biomedicine department.

One item he notes as particularly rewarding is being “part of a team focused on bringing solutions to patients”, an experience which, he notes, “you generally don’t have, at least not on a daily basis, if at all, at a law firm”. In-house work also provides the opportunity to work closely with different business units to prevent and solve legal issues, he explains.

Marks worked in Baker & Daniels’ IP department before moving in-house at Eli Lilly and Company, but he also has a scientific background. As well as law, Marks has qualifications in biology and chemistry, and he worked as a scientific consultant at Roche Diagnostics Corporation before starting his legal career, which also includes time as patent counsel at Roche.

According to Marks, having a scientific background in a technological field is “very important” to his role. It enables him to identify potential legal issues relating to the projects he supports and then apply the complexities of the technical subject matter to those legal issues, he says.

"My background helps me spot legal issues and apply the complexities of the art to the legal issues."

He gives the example of inventive step challenges in patent procurement. “My background helps me spot legal issues and apply the complexities of the art to the legal issues,” he says, which would be difficult without the technical know-how.

Knowing what you’ve got

“Antigens and epitopes aren’t antibodies at all, they’re wholly unique molecular entities,” he explains, noting “an antigen is, generally, a naturally-occurring protein with which an antibody interacts and an epitope is just a region on that antigen.”

“It’s important to appreciate what you’ve placed the public in possession of,” Marks says. “It’s the quid pro quo of patent law.”

In the past, Marks explains, the failure to recognise that antibodies are complex diverse chemical entities contributed to the divergence in how some courts and patent offices treated therapeutic antibodies versus small organic therapeutic compounds.

“When a court or patent office fails to appreciate these complexities, the result may be patents not properly reflecting the quid pro quo underpinning our patent system,” Marks says. He believes that the US courts are increasingly recognising the structural and functional complexity of antibodies.

Although Marks states he sees a lot of consistency between the US and the European Patent Office (EPO), he notes there are some “unique aspects to each jurisdiction.” He specifically notes that he has “often felt the EPO conflates enablement in the antibody arts with inventive step in a manner that ignores the reality of the complexity of antibodies, particularly when considering the use of them for therapeutic or diagnostic purposes,” he explains.

Marks adds that this conflation can result in a true innovation—such as an antibody having a novel structure unpredictable from any literature and properties which make it suitable to be administered to a person in need—being denied a patent.

Last year, Marks co-authored Eli Lilly’s amicus curiae brief in the Amgen v Sanofi case at the US Court of Appeals for the Federal Circuit. In that matter Amgen sought to rely on the concept of a newly characterised antigen test to satisfy the requirement of written description.

Marks explains that Amgen also attempted to “stretch” the newly characterised antigen exception in a way that “would apply to a single, previously-known, amino acid residue of a previously known protein simply by showing that residue can fall within an epitope of some antibodies.” He notes that Eli Lilly’s brief went into detail explaining this “complex” point.

In the brief Marks argued that Amgen’s idea “that a patentee must enjoy a monopoly over an entire biological target to incentivise innovation is demonstrably false”.

In a precedential ruling, the appeals court vacated the injunction awarded to Amgen by the lower court and remanded the matter for a new trial. The appeals court also noted the newly-characterised antigen test is not a proper basis for satisfying written description in the antibody arts.

“In my view, a patent system where inventors can protect the novel therapeutics they place the public in possession of is one that properly incentivises innovation. Such a system is also good for patients and healthcare,” Marks says.

"It’s also important that we, as members of the patent bar, appreciate and respect the quid pro quo that the patent system affords inventions, not ideas or research plans, but actual inventions."

Speaking about the future of the industry, he says: “It’s important to recognise the important contribution that IP plays in incentivising the investments needed to promote the development of new technologies; it’s this laborious and expensive development that brings those technologies to patients.

“It’s also important that we, as members of the patent bar, appreciate and respect the quid pro quo that the patent system affords inventions, not ideas or research plans, but actual inventions,” he adds.

Duane Marks will be speaking on the topic of the effective protection of antibodies at the Life Sciences Patent Network North America event in Boston on April 26.

To find out more and register for the event click here.