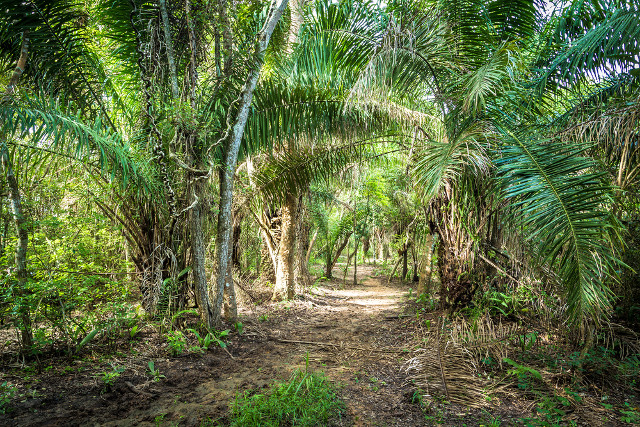 The Brazilian government has passed a new law which will promote the development of products based on the country’s rich biodiversity. Gabriel Di Blasi of Di Blasi, Parente & Associados discusses the implications for companies, researchers and traditional knowledge holders.

In May, the Brazilian government signed the new Brazilian Law No. 13.123/15, which regulates access to national biodiversity. The new law, which will become effective in November, comes as a substitute for the current Provisional Act No. 2.186-16/01, which regulates access to national genetic heritage, as well as the associated traditional knowledge (ATK). The provisional act came at a time when Brazil needed to integrate the principles of the Convention on Biological Diversity (CBD) in 1992, which took place in Rio de Janeiro.

However, the current provisional act does not correctly follow the criteria and recommendations of the CBD. It contains numerous confusing articles, undetermined and too broad to be put into practice, which make the act excessively bureaucratic, complex and even prejudicial to the sustainable development of the country.

Brazil has the world’s largest stock of biodiversity, but approximately 95% of it is still to be explored. The provisional act regarding the subject is precarious in a number of different ways, and companies face many barriers imposed by the Brazilian government, making it cumbersome to explore the rich, known ecosystem. Even companies that act under sustainable protocols have had severe conflicts with the prevailing legislation.

The provisional act has hampered the sustainable use of components of genetic heritage, and the intellectual properties arising from inventions obtained by resources, as well as the fair distribution of revenue to the native communities who provide them, not to mention hampering the approval for using all of these resources. On the same level, the act does not spell out the means to recognise the ATK or even the ways for the licensees to prove they held the community’s authorisation for reproducing it.

This scenario made companies flee from the national biomarket, giving up on using the rich Brazilian biodiversity in their researches. Companies often change the desired substance to one with similar biochemical composition sourced from other countries in order to escape the bureaucracy of the Genetic Heritage Management Council (CGEN). Frequently, the administrative procedure takes too long, especially affecting the pharmaceutical and cosmetics businesses, which offer products with rapid turnover, constantly being replaced by newer and more advanced options.

As an aggravating factor, any misleading action regarding the authorisation of the access to the genetic resource could get the company fined up to 20% of the revenue of the product’s commercialisation or the royalties paid by third parties, even if the product is already protected by genetic heritage IP.

The new law comes with the goal of improving that field by lowering the number of authorisations needed while promoting sustainable development, aligned with the preservation of the environment and the genetic heritages related to the natural resources.

The Brazilian government clearly intends to reduce biopiracy, an ever-present threat, likewise guaranteeing that the communities of genetic heritage and ATK providers are duly compensated for the profits of the products they help to create. Their share will be, as a general rule, 1% of the net income generated from the exploitation of either the product in its final state or the reproductive material made possible by the access to the genetic heritage, no matter what company had access to it beforehand.

In addition, Law No.  13.123/2015 also sets out the protection for Brazilian genetic heritage providers. In general, some genetic heritages will be guaranteed participation in order to give an opinion on the use of their knowledge, profiting from the exploitation of their methodology and having the origin of the ATK quoted where it is mentioned, respecting their moral genetic heritages.

According to the new law, genetic heritage on biodiversity will be managed by the federal government. As a result, the National Fund for the Sharing of Benefits Fund will be created to receive and manage the income related to the sharing of the mentioned heritage. A benefit-sharing agreement must be submitted to CGEN no later than one year after the company notifies CGEN that the product is ready to be commercialised.

The new law will promote the development of new products based on Brazil’s biodiversity. However, users will be required in varying situations to make payments for the privilege of exploiting economically the products that make use of the research and development of genetic heritage and ATK. The determination of the payments depends on several factors. At this point, the genetic heritage and ATK take different paths.

Regarding the genetic heritage, the due amount for sharing the benefit may be paid in monetary or non-monetary terms depending on the choice of the user. In the first instance, the payment will range from 0.1% to 1% of the commercialised product’s annual net income. This amount will be deposited in the fund and managed by the Brazilian government.

“In the case of traceable ATK the user will execute an agreement with the first provider based on values, equality and fairness, being monetary or non-monetary.”

As mentioned before, the user may instead choose to provide remuneration in non-monetary terms, although for genetic heritage the way it should be done will be specified by the Brazilian government based on a list defined by the 13.123/2015 law, which includes options such as technology transfer, free licensing of the product, training programmes for preserving the sustainable use of genetic heritage and ATK, among others.

With regard to ATK, the payment depends on whether it is possible to trace the ATK to a known provider. In the case of traceable ATK, the user will execute an agreement with the first provider based on values, equality and fairness, being monetary or non-monetary, which will be agreed between the parties.

The new law presumes irrefutably the existence of other holders of the same traceable ATK. It will also be mandatory that the user makes payment of an amount that ranges from 0.05% to 0.5% to the fund for sharing the benefit with these additional parties.

Regarding untraceable ATK, where its origin is related to more than one provider community, it is mandatory to use the monetary category of benefit-sharing, and deposit the requisite amount into the fund.

It is worth mentioning that the manufacturers and developers of a product made possible by access to genetic heritage or ATK along the production chain will not have to take part in sharing the benefits. That is, the benefit-sharing will be applied only to the exploiter of the final commercialised product. Also, small companies, traditional agriculture owners and their associations will be excluded under the terms of the upcoming law.

It is important to mention that the CGEN will still be responsible for carrying out the administrative procedures related to actions for using the genetic heritage and ATK.

The road to success

Regarding the temporary provision of the 13.123/2015 law, in order to reduce the backlog of pending applications making use of national biodiversity requested before the CGEN – Committee on the Management of Genetic Heritage - the law provides two procedures to set the users on the genetic heritage path.

The first procedure allows that for all the applications requested during the provisional act, but which have not yet obtained authorisation, their users must adapt such applications by filing a new application following the new requirements of the law.

As per the second procedure, parties involved in any activities that made use of the biodiversity without having taken the necessary measures stated in the provisional acts or without having authorisation will be required to become compliant by entering into an adjustment term agreement, in accordance with the new law.

The sole act of signing the adjustment term will result in suspension of the fines imposed under the provisional act, while its compliance will have the power of reducing them by 90%—the remaining 10% may be settled by non-monetary means, if so desired by the user. New application and compliance procedures should both be carried out within the deadline established by the guidelines of the law that goes into effect.

These rules do not apply to research, as the new law is aligned with the CBD and the Brazilian Constitution. That is, there will be no payment for proceeding with research, and the fines applied during the provisional act for those who carried out research will be totally suspended, with no need for an adjustment term.

Regarding inventions that were developed based on genetic heritage and ATK during the provisional act, they must be approved by CGEN before filing any patent application at the Brazilian Patent and Trademark Office (INPI). Therefore, concerning patent applications that are still pending approval, the law establishes that applicants need to adapt to the new rules and must request approval for the use of the genetic heritage or ATK on a simple register online for presentation to the INPI—before having their application submitted for substantial examination.

When the new law becomes effective, the procedure will remain the same, requiring a prior presentation of an online registration form before filing at the INPI any patent application which is relative to an invention that uses genetic heritage or ATK.

As the procedure will remain, it must be said that  CGEN  will continue interfering with the INPI’s competence. Although the access to Brazil’s biodiversity will be vastly improved, made by simple online registration, the development of the country will still be restrained by the will of the Brazilian  government. Also, having the authorisation to file a patent application no longer make sense since the patent application is filed during the beginning of the development of the product, and not when the invention is ready to be commercialised. The innovation of private companies, which keeps the economy moving will ultimately depend on authorisation, overall, a loss to Brazil.

The greatest challenge will be putting the real benefits of the biodiversity’s conservation into practice with the groups involved in preservation acts, focusing all our efforts on the maximisation of these benefits—as well as guaranteeing them.

Gabriel Di Blasi is Blasi is an industrial engineer, industrial property agent and lawyer at Di Blasi, Parente & Associados. He can be contacted at: Gabriel.Diblasi@diblasi.com.br