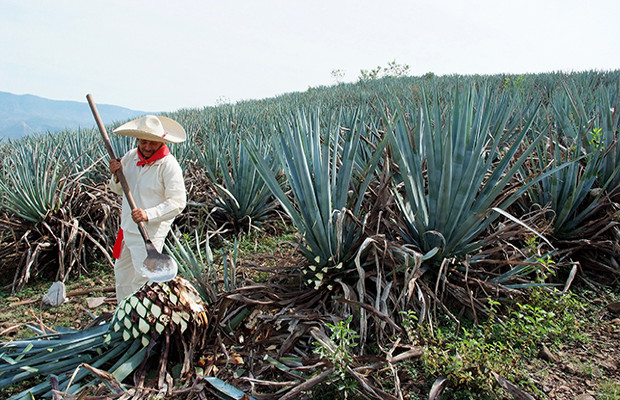 Owners of biotech inventions may find Mexico an attractive country in which to apply for patent protection because of its non-restrictive patent law and its practical approach to examination, as Eder Gutiérrez of Clarke Modet & Co outlines.

The biotechnology sector has repeatedly challenged patent systems around the world with moral and technical concerns, and moves at such a rate that it is difficult for patent examiners to keep up.

Many of the busiest patent offices around the world have issued examination guidelines for biotech inventions. However, despite being one of the 15 patent offices with the most applications in 2016, the Mexican Institute of Industrial Property (IMPI) has not yet implemented formal examination guidelines that would allow patent examiners to have homogeneous criteria when examining biotech applications.

Nor are there guidelines allowing patent applicants to have more certainty when deciding whether to file an application in Mexico or when facing difficulties during prosecution.

However, when the Mexican Industrial Property Law (IPL) is not clear enough by itself, it is possible to draw conclusions in light of the examiners’ usual objections during examination on which subject matter is permissible within the jurisdiction.

IMPI’s examination criteria in respect of biotech and medical inventions are more akin to those of the European Patent Office.

Regarding nucleotide and amino acid sequences, in most cases it is advisable to define them in terms of the corresponding sequence number or an identity percentage to a defined sequence.

Antibodies should be defined in terms of structural features such as the heavy and light chain sequences or the complementarity-determining regions.

As a signatory of the TRIPS Agreement, Mexico is obliged to allow the patentability of microorganisms. In practice, any microorganism is patent-eligible.

The only restriction is that the microorganism must be claimed in an isolated form when it is not genetically modified.

Claims on microorganisms which have been isolated or comprise an artificially induced mutation are patentable.

The term microorganism appears to encompass bacteria, fungi, yeasts, algae, and in vitro plant and animal cells, since patents to such inventions have been granted by IMPI.

On the other hand, methods for producing plants which involve crossing and backcrossing are usually rejected, since they are considered to fall into the exclusion of “essentially biological processes for the production, reproduction and propagation of animal and plants”.

As to inventions encompassing animals, IMPI does not set forth any boundaries different to those regarding plants.

Additionally, ethical issues may arise, which may lead to a rejection under article 4 of the IPL for being considered contrary to public policy, morality or proper practice.

Over the last few years, IMPI’s examination criteria in respect of biotech and medical inventions are more akin to those of the European Patent Office (EPO), represented by the European examination guidelines and the most relevant Enlarged Board of Appeal decisions.

In this respect, decisions made on controversial inventions such as plants produced by marker-assisted breeding, and methods for producing thereof, or stem cell inventions, may significantly influence a resolution by IMPI.

The EPO’s June 29, 2017 decision amending rules 27 and 28 of the European Patent Convention to restrict the patentability of animals and plants will probably trigger a re-evaluation of the examination practice within IMPI.

Surgical and therapeutic treatment or diagnostic methods applicable to the human body and to animals are not considered inventions, so are not patent-eligible.

Most therapeutic treatment or diagnostic method claims can be redrafted into an admissible format in order to escape the exclusion.

Swiss-type claims and purpose-limited product claims are both commonly accepted by Mexican examiners in the pharma and biotech areas. Unfortunately, the criteria are not uniform insofar as it is possible to receive rejections to a specific claim format depending on the criterion of the examiner in charge of examination.

The general recommendation when pursuing the patenting of medical uses is that a clear and unequivocal unexpected advantage must be demonstrated in light of prior art.

Although IMPI allows most biotech inventions, one must not forget that the claimed subject matter must also comply with the novelty, inventive step and industrial applicability requirements.

The IPL does not set additional prohibitions to patent protection to those set forth in the international treaties to which Mexico is party.

In view of the lack of examination guidelines, IMPI usually follows criteria and standards set by the EPO.

The rather permissive policy can be attributed to the few exceptions to patentability and the lack of examination guidelines, which gives room to different interpretations of the law that may be used in favour of the applicants.

On the other hand, the disadvantage of not having any local guidance is that the criteria change over time and even between examiners. This results in situations where contradictory resolutions are made under the same circumstances.

Overall, applicants of biotech inventions may find Mexico an attractive country to apply for patent protection because of its non-restrictive patent law and its practical approach to examination.