From London to Amsterdam: what the EMA’s move means for medicines regulation 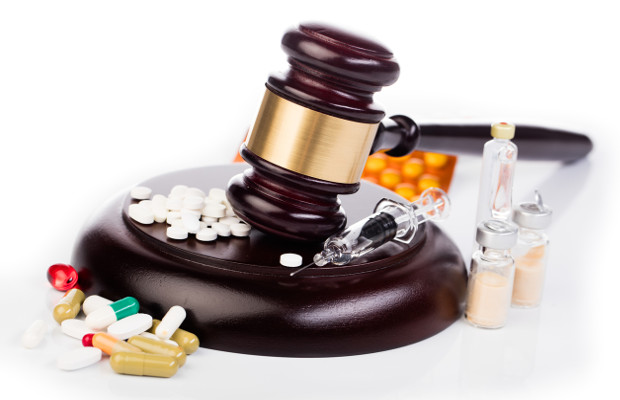 While the impact of the European Medicines Agency’s relocation from London to Amsterdam is unknown, industry and government will try to ensure that the UK remains at the forefront of medicines regulation, says Rachel Bradley of Penningtons Manches.

Amsterdam is to become the new home of the European Medicines Agency (EMA) following a vote by EU ministers on November 20, 2017, during which lots were drawn to break a tie between Amsterdam and Milan in the final round.

The decision to move the EMA’s headquarters from London, where it has been based since 1995 and employs around 900 people, was taken following the UK’s decision to withdraw from the EU. A total of 19 EU cities bid to be the new host. The EMA now has until March 30, 2019, to take up its operations in Amsterdam. The move of the EMA outside the UK, as one part of the consequences of the UK’s withdrawal from Europe, is likely to have a significant impact, although the precise ramifications are not yet known.

Many industry bodies have commented on the news. The UK BioIndustry Association’s CEO Steve Bates said: “London’s loss is Amsterdam’s gain. Today’s decision on the location of the EMA means 1,000 high quality jobs leaving the UK, disrupting 1,000 families as a direct result of Brexit, with implications for thousands more.

“Businesses now need certainty. The best way to do this is by an early agreement to a transition timeframe and continued close regulatory cooperation. We must now ensure Brexit does not disrupt the safe supply of vital medicines to tens of millions of families in the EU 27 and the UK.”

Mike Thompson, CEO of the Association of the British Pharmaceutical Industry, said of the decision: “Congratulations to Amsterdam on its successful bid. Hosting the EMA is a singular honour for any city and we will do all we can to support the agency’s smooth transition to its new home.

“Up to now the focus has inevitably been on the future location of the EMA. But today’s decision marks the moment when attention should switch to how patient safety and effective public health can be maintained during this complex transition and into the future.

“We now urge both the UK and the EU to put patients first and acknowledge that securing a comprehensive agreement to cooperate on medicines safety, regulation and supply is an urgent negotiating priority.”

The UK parliament included a comment on the impact of the relocation of the EMA in its briefing paper on Brexit and medicines regulation, which was also released on November 20. The paper reports concerns that the EMA move will result in job losses and a reduction in investment in the life sciences sector in the UK, which currently benefits from being located close to the regulator.

The briefing paper notes that the UK’s Medicines and Healthcare Products Regulatory Agency (MHRA) conducts a significant amount of work on behalf of the EMA—the MHRA does around 40% of the testing for the EMA; UK experts make up 15% of the EMA’s expert base; and UK experts undertake around 20% of EMA’s scientific work. In addition, work outsourced from the EMA to the MHRA is reported to make up a third of the MHRA’s income. This work on behalf of the EMA, and the close links between the MHRA and EMA, are thought to contribute to making the UK an attractive location to carry out clinical trials.

The briefing paper also raises the important issue of the cost associated with the EMA relocation, estimated at €582 million ($684 million). This includes rental obligations for the remainder of the lease for the EMA’s current location in Canary Wharf; staff relocation costs; and costs for the agency move and preparation of the new site. The European Commission’s position is that the UK should cover the costs relating to the withdrawal process, including the relocation of agencies. The UK has not commented on the issue of relocation costs. How they will be covered is a current issue in the Brexit negotiations.

It is not yet clear how the MHRA will continue to work with the EMA following Brexit. Previous communications from the UK government have emphasised the fact that the UK wishes to continue to cooperate closely with the EMA post Brexit, and this is further emphasised in the briefing paper. The UK secretary of state for health, Jeremy Hunt, stated earlier in 2017 that he does not expect the UK to stay in the EMA after Brexit, but hopes that there could be a mutual recognition agreement between the EMA and the UK.

This view was reflected in the government policy paper on collaboration on science and innovation, published in September 2017, which referred to existing mutual recognition agreements between the EMA and countries such as Switzerland, the US and Canada, and stating that those agreements provide a precedent which the UK could build on.

The briefing paper also looks at recent discussions about the extent to which a mutual recognition arrangement could mean that the UK will be able to work with the EMA. It notes how some commentators have suggested that this could mean that a single process could be retained that would cross two legal jurisdictions.

The Nuffield Trust has reported that one ambitious option suggested is the post-Brexit retention of a single process under which pharmaceutical companies could approach either the MHRA or the European regulatory system with a new product. The regulator would then carry out an assessment resulting in a recommendation made to both the European Commission and the British government.

The briefing paper also refers generally to concerns raised by the UK EU Life Sciences Steering Committee in September 2016 that no longer being in the European regulatory system could result in:

The UK government has looked at the opportunities that the UK’s exit could bring, such as possible future changes to the UK’s regulatory approach in order to speed up patient access to medicines. These could include (i) the MHRA’s carrying out its drug licensing process in parallel with assessment by the National Institute for Health and Care Excellence, making the UK licensing process swifter than the EU process; and (ii) the UK’s using approvals of other medicines regulators, such as the Food and Drug Administration in the US.

The real impacts of the EMA’s relocation and the UK’s exit from Europe generally remain unknown. However, what seems clear is that efforts by industry and government will be made to try to ensure that the UK remains at the forefront of medicines regulation and that UK patients continue to gain access to new medicines using whatever methods are available.

Rachel Bradley is a senior associate at Penningtons Manches. She can be contacted at: Rachel.Bradley@penningtons.co.uk