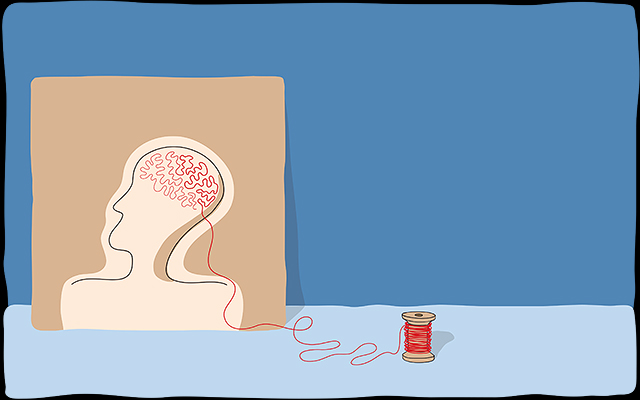 The CJEU’s decision in Forsgren has brought greater clarity to the scope of the SPC regulation, including whether a substance is an active ingredient, as Avi Toltzis and Penny Gilbert of Powell Gilbert explain.

On January 15, the Court of Justice of the European Union (CJEU) handed down its judgment inForsgren (C-631/13). The judgment provides further guidance on the eligibility for supplementary protection certificates (SPCs) under articles 1(b) and 3(a), and 3(b) of regulation number 469/200—the SPC regulation.

The basic patent, EP0594610 (registered to Arne Forsgren), relates to protein D, which binds immunoglobulin D and is conserved in Haemophilus influenzae. Protein D is present in Synflorix, a pneumococcal vaccine for which GlaxoSmithKline Biologicals received a European marketing authorisation (MA) in 2009.

Synflorix is a vaccine composed of ten pneumococcal polysaccharide serotypes conjugated to a carrier protein, protein D, and absorbed by aluminium phosphate. The MA states that the vaccine is for use in active immunisation against diseases caused by Streptococcus pneumoniae.

The Österreichische Patentamt (Austrian Patent Office) rejected Forsgren’s application for an SPC for protein D based on EP0594610. In a subsequent appeal to the Oberster Patent- und Markensenat (the Austrian supreme patent and trademark adjudication tribunal), the tribunal concluded that it was necessary to refer questions to the CJEU in order to determine Forsgren’s appeal.

The referring tribunal’s second question related to the scope of article 3(b) of the SPC regulation. Article 3(b) requires that, in order to be protected by an SPC, a MA must have been granted for the product.

By the first part of its question, the referring tribunal asked the CJEU to determine whether article 3(b) precludes the grant of an SPC where the therapeutic effect of the active ingredient does not fall within the indications specified in the MA. Forsgren noted that protein D is known to promote an immune response against Haemophilus influenzae (but not against Streptococcus pneumoniae, the indication covered by the Synflorix MA).

Forsgren submitted that the SPC regulation does not expressly require that a MA identifies the therapeutic effect of the product. Forsgren also argued that because a MA can be amended, this approach would be difficult to administer.

The European Commission noted that Forsgren’s proposed approach would itself cause administrative difficulties, as the patent office examining the SPC application would need to verify the product’s therapeutic characteristics by reference to sources other than the MA.

The commission also submitted that granting an SPC for therapeutic properties not covered by the MA would be contrary to the purpose of the SPC regulation. SPCs are intended to compensate a patentee for the delay in commercialising its product, caused by the rigorous, protracted process of conducting clinical trials and applying for regulatory approval. Granting an SPC for a product whose therapeutic effects do not fall within the MA would not serve this purpose.

The CJEU held that article 3(b) of the SPC regulation precludes the grant of an SPC for an active ingredient whose effect does not fall within the therapeutic indications covered by the MA.

The second part of the question asked whether article 3(b) precludes the grant of an SPC where the MA describes the substance as a “carrier protein”. The CJEU had established inGlaxoSmithKline Biologicals (C-210/13) that excipients (which facilitate the formulation of a pharmaceutical product) and adjuvants (which enhance or modify the action of other active ingredients in a medication) may not be regarded as “products” under the SPC regulation, since they have no therapeutic effect.

However, the CJEU concluded on the basis of the wording of the Synflorix MA that protein D is neither an excipient nor an adjuvant, and that accordingly the CJEU’s restriction inGlaxoSmithKline Biologicals did not apply. Forsgren drew an analogy with Bayer CropScience (C-11/13), where the CJEU held that a ‘safener’ in a plant protection product might have a protective activity in its own right, either directly or indirectly, meaning it could be classified as an active substance.

The CJEU accepted Forsgren’s argument and therefore proposed that a carrier protein might also be characterised as an ‘active ingredient’ to the extent that it produces a pharmacological, immunological or therapeutic effect of its own. The CJEU’s answer to this question expressly left it to the referring tribunal to determine whether, under the circumstances, protein D would meet this criterion.

It has become fashionable in recent years to disparage CJEU decisions on SPCs as obfuscatory. Although in some respects the CJEU’s decision in Forsgren could be seen to lend further ammunition to the critics, a more productive view would be to focus on the clear message expressed by the Forsgren ruling: its emphasis on the identification of an independent pharmacological, immunological or therapeutic effect in defining whether a substance is an active ingredient under the SPC regulation.

In many cases applying this test will doubtless prove a difficult, highly fact-specific exercise. Leaving patent examiners to evaluate this issue on a case-by-case basis raises concerns that the CJEU’s decision is a step away from the guidance of the explanatory memorandum (COM[90] 101 final–SYN 255), which envisages a harmonised, simple, transparent and non-bureaucratic application system for SPCs.

Avi Toltzis is a litigation support solicitor at Powell Gilbert. He can be contacted at: avi.toltzis@powellgilbert.com

Penny Gilbert is a partner at Powell Gilbert. She can be contacted at: penny.gilbert@powellgilbert.com

Go to the Company Directory