Patent examination in Brazil: go green to beat the backlog 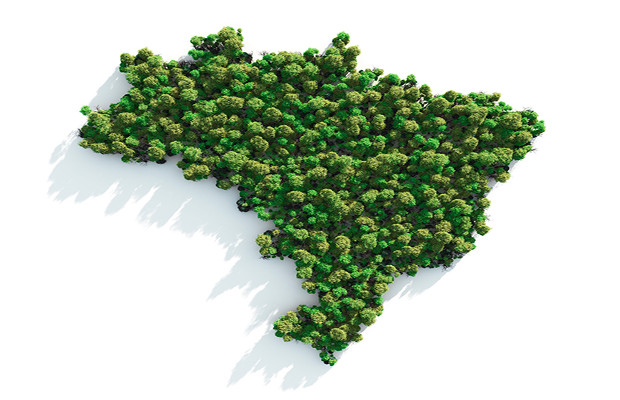 The Brazilian Patent and Trademark Office has implemented several fast-track examination programmes. Ana Paula Jardim and Andréa Granthon of Luiz Leonardos report on the effectiveness of one of them, the Green Patent Programme.

The Brazilian Patent and Trademark Office (INPI) is dealing with a serious backlog of pending applications which results in long delays in patent prosecution and, as a consequence, in the acquisition of patent rights.

Such delays negatively affect the competitiveness of the national industry and render the country unattractive for foreign investments.

In an attempt to overcome or at least minimise the backlog problem, the INPI has implemented several fast-track examination programmes.

A Micro or Small Entities Examination Prioritisation Pilot Project, for patent applications whose applicants qualify as micro or small entities in Brazil, has also been introduced.

When it comes to the protection of green technology inventions in Brazil, the use of the Green Patent Programme is highly recommended to obtain a patent quickly, as it significantly reduces the time frame for the issuance of a final decision (allowance or rejection) from many years (at present, over ten years from the filing date) to about two years from acceptance into the programme.

Many patent offices have already adopted fast-track procedures to expedite the examination of patent applications related to green technology, including those of the UK, Australia, Israel, Japan, Korea, US, Canada and China.

As can be seen from the Organisation for Economic Co-operation and Development’s Green Growth Indicator 2015, patent applications in the field of environmental technology (green technology) increased 185% between 2000 and 2011. Other technical fields grew by 64.2% in Brazil in the period.

The numbers show the significant interest of companies, as well as inventors, in protecting technological innovations in this area.

Last December, priority examination of applications related to green technologies became a permanent service at the INPI by means of resolution number 175/2016.

To be eligible for the programme, the application must refer to one of the green technology categories listed in an attachment to the resolution.

It must contain a maximum of 15 claims with only three independent claims (if necessary, amendments may be submitted, provided that they meet the provisions of article 32 of the Brazilian Industrial Property Law related to the scope of voluntary amendments), and must have already been published (including the possibility of anticipated publication request).

If the application contains subject matter obtained as a result of access to samples of Brazilian genetic heritage or associated traditional knowledge, the number of the corresponding access authorisation granted by the Genetic Heritage Management Council must be listed for the green patent to be granted.

If samples were not accessed, a simple declaration stating that the invention was not derived from genetic material accessed in Brazil may be presented.

According to the results obtained from a search carried out on the INPI’s database, from the 441 requests to participate in the programme published in the period between April 2012 and February 2017, 372 were accepted.

"The presentation of technical arguments explaining why the invention relates to one of the listed green technologies upon the request for participation in the programme could avoid a refusal."

An analysis of the requests that were not accepted into the programme shows that the main reason for refusal is the INPI’s understanding that the claimed subject matter falls outside the listed green technology categories.

In contrast to other countries, where the green patent programmes are not restricted to specific technologies (sometimes even encompassing all environmentally friendly technologies, or technologies that bring some environmental benefits), the Brazilian programme is limited to alternative energy, transportation, energy conservation, waste management and agriculture.

Since neither Brazilian resolution number 175/2016 nor the INPI’s green technologies list specifies technical criteria that clearly define the necessary requirements to classify the patent application in one of the green technology categories, refusal decisions—which are thus based on subjective criteria—have been reversed on appeal.

The presentation of technical arguments explaining why the invention relates to one of the listed green technologies upon the request for participation in the programme could avoid a refusal decision, and the need for a subsequent appeal, rendering the overall prosecution faster.

Apart from representing a valuable tool for those who use the patent system to safeguard their green inventions, the programme contributes to the development and diffusion of innovative green technologies which may be used sooner by society to protect our environment.

Ana Paula Jardim is a senior partner at Luiz Leonardos. She is head of the patent technical prosecution department at the firm and has engineering and law degrees. Jardim focuses her practice on the administrative and judicial prosecution of industrial designs and patents in the technical field of electricity and mechanics. She can be contacted at: apjardim@llip.com

Andréa Granthon is a partner at Luiz Leonardos. Her practice focuses on the administrative prosecution of patents in the technical fields of biotechnology, pharmaceutical and other related sciences. She can be contacted at: agranthon@llip.com