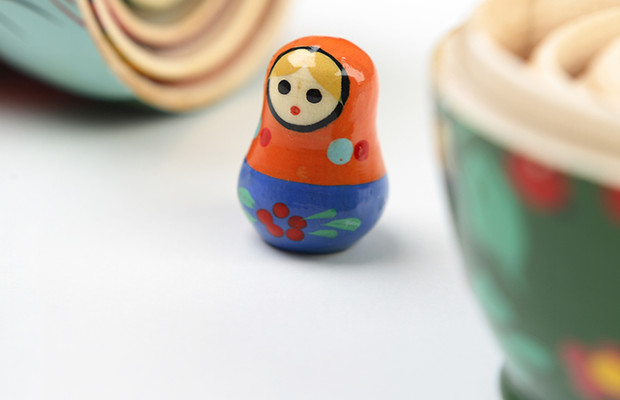 In Russia, more attention is being paid towards the correlation between IP rights and competition restrictions, and pharma companies should keep abreast of developments, says Ilya Goryachev of Gorodissky & Partners.

Russia is a large market for pharmaceuticals, and has a population of more than 140 million, developed retail chains and a large state procurement system. Since the market is big and competition tough, effective patent protection provides invaluable tools for safeguarding the market position.

Moreover, the knowledge of key trends in the Russian legal landscape in terms of pharma patent litigation, intellectual property and regulatory issues, and approaches in interpreting the correlation between the IP aspects of competition regulations, may help to better understand the market situation from the legal prospective.

Despite that, filing cease-and-desist letters without prior notice may have its advantages (eg, a surprise effect or a reason for the defendant to estimate the risks and stop infringing activities). Such letters may be recommended to ensure the framework for stating the bad-faith intention of the potential defendants or to seek an out-of-court settlement.

Starting from June 1, future pharma litigation lawsuits will be accompanied by evidence of the prior cease-and-desist letters sent to the defendants. A 30-day term shall pass from the date of sending the cease-and-desist letter to the defendants; otherwise the filed lawsuit will be returned to the plaintiff (which does not exclude re-filing the infringement case when the obligatory complaint procedure is complied with).

On January 1, 2016, new data exclusivity protection rules came into force in Russia. In particular, while it is still not allowed to use for commercial purposes the information on results of the pre-clinical and clinical trials—which is submitted by the originator for obtaining the marketing authorisation (MA) without the originator’s consent for six years from the state registration of the original medicine in Russia—the provisions on filing the generic medicine application have changed.

That said, in comparison with the previous six years during which state registration of the generic medicine with use of the originator’s data on pre-clinical and clinical trials was not allowed, after January 2016 the following changed:

An MA application for a generic medicine may be filed with the Russian Ministry of Health four years from the date of the state registration of an original medicine in Russia; and

An MA application for a biosimilar medicine may be filed with the Russian Ministry of Health three years from the date of the state registration of the original medicine in Russia.

In this regard, companies undertaking monitoring and compliance activities in Russia should adjust their internal policies (notification letters to the Russian Ministry of Health) to the extent reflecting the new legislative changes.

"Effective on June 1, 2016, important procedural amendments (obligatory complaint procedures) will come into force in terms of strategy that will affect pharma patent litigation."

Russian law provides a five-year maximum for extending a pharma patent based on one MA. However, the wording of the legislation was unclear to the extent to which two or more patents may be extended based on one MA.

While considering the recent extension of nullity cases the Russian Intellectual Property Court correctly and in full compliance with the law established that the legislation does not prohibit extension of more than one patent based on one MA. The position of the IP Court in this regard may be used as an effective argument in patent extension nullity cases.

Traditionally, IP-related agreements are exempt from the competition regulations, since IP is itself a legitimate monopoly.

Meanwhile, under Russian law parties may enter into agreements that at the same time may encompass the licensing provisions, sale and purchase aspects, as well the provisions potentially falling within competition control issues.

Russian competition legislation has detailed provisions on banning abuse of the market dominant positions; one of the forms of such abuse is a refusal by the dominant company to enter into a contract (eg, a supply agreement) when such a refusal is not economically or technologically explained.

However, the law provides that the requirements on banning abuse of market dominance do not apply to “activities on exercising the exclusive rights to IP results or means of individualisation”. That provision may be characterised as an “IP defence” in cases of the dominant position abuse.

Recently, Russian judicial practice has faced issues relating to the implementation of the “IP defence” in cases where a medicine manufacturer refused to enter into a supply agreement with a distributor.

Later, the distributor sent a draft supply agreement to the manufacturer, who refused to enter into it. As it follows from the subsequent case file, the refusal was motivated by compliance reasons. The distributor filed a complaint with the Federal Antimonopoly Service (FAS) citing abuse of the dominant position. Upon investigation FAS established that the company holding the dominant position refused to enter into a supply agreement. The manufacturer appealed against the FAS decision to the Moscow City Commercial Court.

The court revoked the FAS decision, establishing that the refusal by the manufacturer to enter into a medicine supply agreement rested within the realm of the trademark owner’s rights. Further, the court noted that the distributor had outstanding debts to the manufacturer.

FAS and the distributor appealed against the court decision to the Ninth Commercial Appellate Court, citing that FAS did not analyse the manufacturer’s activities of using the exclusive rights, but the activities aimed at avoiding conclusion of the supply agreement. Furthermore, the appealing parties disagreed that the distributor had debts while the issue of debts incurred by the other companies in the distributor’s group of entities was not relevant for the case.

The appellate court revoked the first instance decision and upheld the FAS decision. The reasoning of the appellate court was that as competition law states that refusal to enter into an agreement shall be motivated technologically, economically or otherwise, which would exclude the chance to enter into the supply agreement as had been defined in the framework agreement between the distributor and manufacturer.

In its decision, the appellate court agreed with FAS that the manufacturer’s motives (the distributor’s necessity to undergo compliance under the US Federal Corruption Practices Act; the intention of the manufacturer to commercialise the medicine via its subsidiary; and the debts incurred by the companies affiliated with the distributor) could not be recognised in this specific case as falling within “economical and technological motives”.

While analysing the “IP defence” implementation in that particular case, the appellate court noted that the essence of the right to commercialise the medicine is the exclusive right of the patentee to make a decision on commercialisation of the medicine in Russia.

However, as the appellate court noted, the patentee shall take account of the competition law restrictions, which the court found to have been breached in the present case.

Meanwhile, the court also cited the “exhaustion of rights” defence—according to which commercialisation of a specific number of patent-protected products is not an infringement of exclusive rights if the same number of products has been previously supplied to Russia by the patentee or with its consent.

Further, regarding the invocation of “trademark rights”, the court noted that the subject matter of the specific agreement in this case was in fact “supply of goods”.

The appellate court decision was upheld by the Commercial Court of the Moscow region and the Russian Federation Supreme Court.

The implications of the case generally fall into line with the trends of the Russian competition regulator paying more attention to correlation between IP rights and the competition restrictions, which will require solid legal expertise for distribution chains.

Ilya Goryachev is a lawyer at Gorodissky & Partners. He focuses on legal support in IP law, commercial and regulatory matters, and his industry practice includes legal advice for life sciences companies. Goryachev frequently appears before Russian courts in hearings on pharma patent infringement lawsuits. He can be contacted at: goryachevi@gorodissky.ru