In or out? How UK and European politics are shaking IP all about 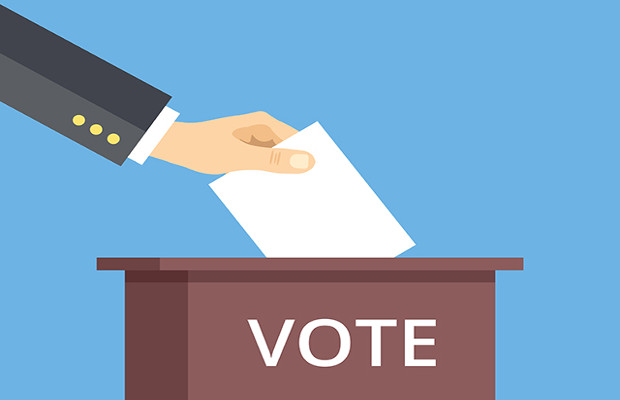 With the UK set to decide on whether it wants to be in or out of Europe, Jane Wainwright and Tom Harding of Potter Clarkson examine how politics is shaping IP in Europe.

Political issues around the world have long played a major role in shaping all areas of law and science, and neither intellectual property nor the life sciences have been immune to this. There is currently, however, a heightened level of political influence on IP in Europe and in particular the UK. Significant political battles are being fought in relation to UK membership of the EU and the unitary patent system, as well as more minor lobbying in other areas such as supplementary protection certificates (SPCs).

For many commentators, the June 23 referendum on whether the UK remains in the EU is potentially one of the most significant political moments in Europe since the European Economic Community (the predecessor to the EU) was formed in the 1950s. (The background to this is beyond the remit of this article, but the potential significance of the referendum beyond IP and science should not be overlooked.)

As with most political campaigns over the years, neither the ‘in’ nor the ‘out’ campaign has concentrated its efforts on IP issues, but both have published a series of ‘facts’ about science in general being better off in or out of the EU. We can at least be thankful that both sides of the debate believe that science is important to the UK’s and EU’s economic strength, and irrespective of the rights or wrongs of the arguments, science (and therefore IP by association) is having an influence on the debate.

As for the outcome—well, if the referendum results in success by the ‘remain’ campaign then the status quo will prevail. The same IP systems that were in force before June 23 will simply continue as if nothing had happened.

On the other hand, the effect on IP of the ‘leave’ campaign’s being successful will be noticeable. In the event that the UK leaves the EU, then following the appropriate transition period, the UK would cease to be a party to EU systems. These systems currently include the European Union trademark (EUTM), Registered community design (RCD), SPC regulation and European Medicines Agency (EMA), and will in due course also include the unitary patent and Unified Patent Court (UPC).

Practical consequences of a British exit

The consequences and actions that would be required due to the UK’s being removed from these systems will vary but practical changes would be needed, although not immediately following the vote. EUTMs and RCDs would no longer cover the UK, so it would be necessary for UK trademarks and designs to be established based on the existing EU rights and for new applicants to file separate trademark and design applications for the UK and EU.

"The London location is actually written into the UPC Agreement so we could find ourselves in the unusual position of having an EU institution based in a non-EU country."

Of specific interest to the life sciences is that the EMA would no longer issue marketing authorisations for pharmaceuticals that cover the UK, so separate regulatory approval for the UK would be required.

The SPC regulation, as is required with all European regulations, was incorporated into UK national law so, following the UK’s leaving the EU, the current text of the SPC legislation in UK law would remain the same (at least initially). However, following an EU exit the UK would not be bound by the Court of Justice of the European Union (CJEU) and would therefore be able to interpret the SPC legislation itself. A step further in this regard would be that the UK could, if it wished, redraft its SPC legislation.

One of the EU systems that will be affected if the UK votes to leave the EU is the unitary patent and UPC. This system is not yet in force as it is still only part-way towards obtaining the necessary number of national ratifications, as well as the three essential ratifications of the UK, France and Germany. If the UK elects to leave the EU, then the essential requirement for the UK to ratify will simply be transferred to another country (most likely the Netherlands). Therefore, the system’s coming into force should not be unduly influenced by the UK referendum.

An IP-related quirk of British exit relates to the London-based central division of the UPC. The London location is actually written into the UPC Agreement so we could find ourselves in the unusual position of having an EU institution based in a non-EU country. To alter the location would require amendment of the UPC Agreement itself, including the need for signatures from all EU states taking part in the unitary patent system. In light of all the other politics in Europe, this would not necessarily be an easy feat.

Of course, if the UK leaves the EU it would not be possible to obtain a unitary patent covering the UK, but patent protection in the UK will not be hindered. The ultimate effect of the UK’s leaving the EU would be that the mechanisms for obtaining patent protection in the UK would remain identical to the current systems before the unitary patent comes into force. As the European Patent Convention (EPC) and European Patent Office (EPO) are separate to the EU, it will remain possible to obtain a European patent (under the EPC and via the EPO) that designates the UK, and it will also remain possible to obtain national
UK patents.

The long road to the unitary patent

The UK does not, by a long way, have a stranglehold on political moves that are affecting the unitary patent system. The long and slow history of the system has been filled with political intrigue.

As the negotiations for the unitary patent started to bear fruit and crept closer towards something resembling the current form, a number of countries, most notably Spain and Italy, felt unhappy with the system and declined to sign up to it. As many readers will be aware, legal challenges were filed at the CJEU by Spain and Italy in which they alleged that the unitary patent system was discriminatory to their languages (because Spanish and Italian were not designated as official languages) and that it did not comply with EU treaties. These legal challenges have now failed, and the patent tiptoes closer to life.

It is worth noting that the absence of even one EU member prevents the system being called a ‘Community’ patent so we are left with the unitary patent, which will apply only in those countries that are EU members and have both signed and ratified the UPC Agreement.

It is also notable that the implementation of the patent has been delayed by virtue of inaction by individual EU member states. One may speculate that certain countries are delaying ratification for their own political reasons. It is not unreasonable to suppose that the UK has chosen not to ratify the UPC Agreement until the outcome of the UK referendum on EU membership is known.

The consequences of British exit on the UK’s use of European SPC legislation were discussed above, but the SPC provides additional political interest. Those readers who follow SPC-related cases in Europe will be aware that over recent years there have been a large number of questions regarding the interpretation and implementation of the European SPC regulation referred by national courts to the CJEU.

The sheer number of questions referred has led many to query whether the SPC legislation is sufficiently clear and ultimately fit for purpose. It is notable that UK judges (yes, the UK again) have been very vocal in this
regard, so pressure is being exerted through UK court judgments in particular, suggesting that the EU should re-evaluate the SPC regulation and introduce a redrafted or entirely new version that is in a more appropriate and robust form.

Despite all the current uncertainty around the political aspects of IP, there is no doubt that there is still a healthy IP system in Europe, which will continue to develop irrespective of the political landscape.

Jane Wainwright is a partner at Potter Clarkson and is a European and UK patent attorney specialising in the life sciences. She has been providing commercially strategic advice to industrial and academic clients on patents and oppositions in the life sciences field for many years. She can be contacted at: jane.wainwright@potterclarkson.com

Tom Harding is a senior associate at Potter Clarkson. He is also a European and UK patent attorney. He holds undergraduate and master’s degrees in genetics and applied biomolecular technology. Before joining Potter Clarkson, Harding worked as a research scientist in cancer drug discovery for AstraZeneca. He can be contacted at: tom.harding@potterclarkson.com