A hub of pharma innovation 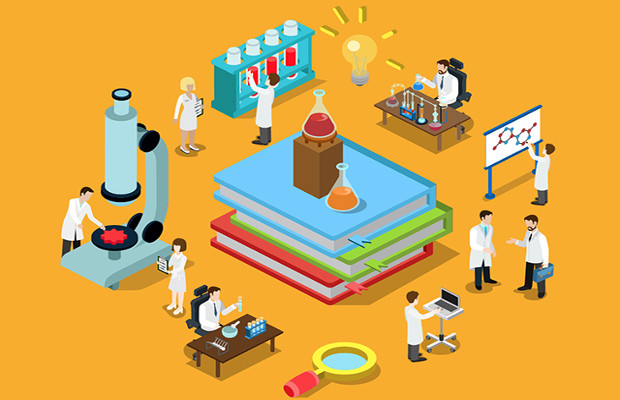 Over the past few years there have been a number of IP developments in the pharma and biotech industries in Japan, including on patent term extension and product-by-process claims. Osamu Yamamoto of Yuasa and Hara provides a roundup.

The Japanese pharmaceutical market is the second largest in the world, accounting for around $100 billion of the total market share, according to the reports issued by the Japan Pharmaceutical Manufacturers Association. The local market has been dominated by brand drugs, with generics taking a lower share compared with other developed counties.

Major brand companies suffered from the so-called year 2010 problem, namely a number of patents on blockbuster drugs expiring around 2010. For example, a patent for the Alzheimer’s drug Aricept (donepezil), owned by Eisai, expired in 2010, while the patent for Actos (pioglitazone), developed for treatment of type 2 diabetes mellitus by Takeda, expired in January 2011. Further, many important patents expired around the year 2015. These patent expiries resulted from a surge in development of blockbuster drugs in the 1990s.

To address consequent issues, some ‘mega pharma’ companies merged. For example, Astellas Pharma, Daiichi Sankyo and Sumitomo Dainippon Pharma were established in separate mergers in 2005 and Mitsubishi Tanabe Pharma Corporation was established in 2007 following a merger of Mitsubishi Pharma Corporation and Tanabe Seiyaku. Another approach has involved the acquisition by Japanese mega pharma companies of companies with the aim of accelerating research and development. For example, Takeda acquired Millennium Pharmaceuticals in 2008, while Astellas acquired OSI Pharmaceuticals in 2010.

As for patentability of such applications, enablement requirements and inventive step tend to be key issues. The IP High Court’s case number Hei 23 (Gyo-Ke) 10445, issued on December 5, 2012, involved Warner-Lambert’s patent for a novel crystalline form of Lipitor (atorvastatin calcium). The Japan Patent Office (JPO) judged the patent to be valid, but the IP High Court overturned the JPO decision, citing misjudgments concerning enablement and inventive step.

Regarding enablement, the specification was deemed to lack description of how to make a seed crystal, so did not satisfy enablement requirements. As for inventive step, the IP High Court stated that there would have been a strong motivation in the art to obtain a crystalline polymorphism, considering that a crystallised substance generally has superior effects; inventive step was consequently denied. From the view point of inventive step, regarding this case and others it is necessary to show either difficulty in obtaining, or a substantial, advantageous effect.

A new dosing regimen may be patentable in the form of a product claim. One possible format would be: “A pharmaceutical composition comprising compound X for treating lung cancer, wherein 50 to 90mg/kg-BW of compound X is orally administered to a subject once a week.” Again, to ensure inventive step, it would be necessary to show that a substantial advantageous effect is obtained.

(i) The scope of the patented PBP claim should be determined to cover products that have the same structure and characteristics, regardless of a manufacturing process; and

(ii) Only in a case where it is impossible or impractical to directly identify the structure or characteristics of the product at the time of filing do PBP claims satisfy clarity requirements.

The outcome of these decisions means that patentees and applicants are required to show that impossible or impractical circumstances existed at the time of filing such that the drafting of PBP claims was necessary.

In biotech inventions, in many cases such impossible or impractical circumstances exist that an inordinate time would be required to identify relevant structures. Under such circumstances, due consideration should be given when drafting PBP claims so as to cover as broad an inventive concept as possible.

The period of extension is a maximum of five years, so it is advantageous to obtain a patent as early as possible to maximise extension time. PTE is calculated as follows:

(ii) If the patent is granted after clinical trials begin, the extension time is the period between patent granting and gaining approval.

Since the introduction of the PTE system, the JPO and courts have adopted the position that regulatory approval must first be received with respect to an active ingredient and indication for use. However, this stance has now changed as a result of a Supreme Court decision, Hei 26 (Gyo-Hi) number 356, issued on November 17, 2015, in which it was stated that a patentee can obtain a PTE if at least one of the ingredients, an amount of an ingredient, dosage-administration, or indications differ from those first approved.

This means that a patentee can obtain multiple PTEs in a step-by-step manner for a patent (for example, each dosage-administration). This has the effect that the scope of each extended patent upon each grant of extension may be segmented.

Accordingly, patent owners should consider filing PTE applications upon each approval of a drug.

The patent for Takeda’s Actos (pioglitazone) expired in January 2011, but two combination drug patents remain in force until November 2017 and December 2017 respectively. The claim language essentially reads: “A drug for treating diabetes comprising a combination of pioglitazone and another drug.”

Generic versions of Actos have been produced and sold by many companies. Takeda sued 18 generic companies for infringement of two combination patents before the Tokyo and Osaka District Courts.

On September 27, 2012, the Osaka District Court denied infringement and judged that the patent was invalid. As for indirect infringement, the court stated that the defendants’ drugs did not fall under “any product to be used for the production of the product”, citing the stipulation of the Japanese Patent Act’s article 101(ii)).

The reasoning behind this decision is that the acts of (i) prescribing by doctors, (ii) preparation by pharmacists, and (iii) use by patients did not constitute “producing the product (combination drug)”. Further, the court denied direct infringement of an active inducement, stating that the defendants could not control acts of doctors and the like. On February 28, 2013, the Tokyo District Court also denied infringement.

If the claim language had been drafted differently, namely excluding the term “combination”, the resulting judgments would have been different. Astute drafting of claims is of paramount importance in gaining protection in combination drug cases.

In 1998 the Supreme Court handed down a decision setting a precedent that infringement may be found under the doctrine of equivalents (DOE) in consideration of five requirements, including a feature that “a different element is not an essential feature of a claimed invention”. On March 25, 2016 the grand panel of the IP High Court found patent infringement under DOE in a case filed by Chugai Pharmaceuticals against generic companies. This was the first time DOE was invoked in a pharma case in Japan.

The patent is a process for producing a compound claim using a vitamin D structure compound having a cis form as starting and intermediate compounds. On the other hand, the alleged infringer used the vitamin D structure compound but having trans form as the starting and intermediate compounds. The grand panel concluded that the differences are not essential features of the claimed invention, and that the other parts should be essential features. In consideration of five requirements, the grand panel acknowledged infringement under DOE. This case shows that process claims can be a useful tool in certain situations in lifecycle management.

As for innovation, on November 25, 2014 new regulations for accelerating approval of regenerative therapeutics were implemented, with the result that companies are now able to receive conditional marketing approval following a small number of clinical trials. The new framework is expected to enhance opportunities for commercialisation of regenerative therapeutic products in Japan. Further, innovation in personalised medicine is under extensive development, and Japan is the one of the leading countries in this field.

As for generics, the government’s plan is to increase the market share of generics to 80% from fiscal year 2018 to 2020 so as to curtail increasing medical costs associated with an ageing population. Regarding biosimilars, the Ministry of Health, Labour and Welfare published guidelines in March 2009 based on existing processes under the auspices of the EU. To date, eight biosimilar drugs have been approved in Japan.

Competition between innovators and generics continues in Japan under a somewhat unusual patent system and drug approval system.

Osamu Yamamoto is a patent attorney and managing partner of Yuasa and Hara. He specialises in all areas of intellectual property protection in the fields of biotechnology and pharmaceuticals. He can be contacted at: yamamoto-ch@yuasa-hara.co.jp